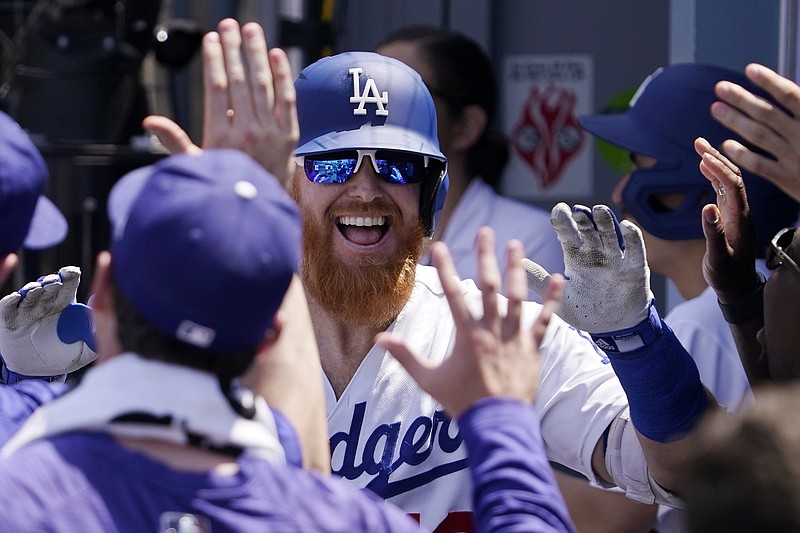 Los Angeles Dodgers' Justin Turner, center is congratulated by teammates in the dugout after hitting a three-run home run during the fourth inning of a baseball game against the Arizona Diamondbacks Wednesday, May 18, 2022, in Los Angeles. (AP Photo/Mark J. Terrill)

Still, Buehler and the Los Angeles Dodgers rallied for a 5-3 victory on Wednesday to complete a four-game sweep.

"Not a great outing," Buehler said after allowing two runs and six hits in five innings. "It's my eighth start, I probably should be in game shape by now, but I've struggled. It's tough to not go and perform the way you think you ought to."

Justin Turner picked up the Dodgers with a three-run home run in the fourth inning, helping them win their fifth in a row. Los Angeles finished off a 5-3 homestand that included eight games in seven days and four within 42 hours.

"It's tough, but no one complained," Manager Dave Roberts said.

Like Buehler, Turner is still finding his way. He's batting just .203, but is hitting .361 with runners in scoring position and leads the team with 28 RBI.

"It certainly helps to have all these guys in front of you," Turner said, referring to Mookie Betts, Freddie Freeman and Trea Turner, among others. "It's a lot more fun to go up and hit."

David Price came off the covid-19 list and made a key contribution in relief as Los Angeles sent Arizona to its fifth loss in a row.

Turner sent a 3-2 pitch from Zach Davies (2-2) into the lower left-field pavilion in his 1,300th major league game, putting the Dodgers back in front 4-2 in the fourth inning. Turner was a non-roster invitee to spring training in 2014 and three years later was MVP of the NL Championship Series.

Buehler (5-1) struck out four and walked two. Daniel Hudson pitched the ninth to earn the save.

BREWERS 7, BRAVES 6 Keston Hiura returned to the majors led off the 11th with a two-run home run off Jesse Chavez (0-1), capping a comeback from a 4-0, fourth-inning deficit.

NATIONALS 5, MARLINS 4 (10) Keibert Ruiz had three hits, including a go-ahead double in the 10th inning, and Washington beat Miami.

RANGERS 6, ANGELS 5 (10) Nathaniel Lowe hit a two-run home run in the bottom of the 10th inning to send Texas over Los Angeles.

TWINS 14, ATHLETICS 4 Carlos Correa went 2 for 4 with an RBI double in his return from a stint on the injured list caused by a bruised middle finger on his right hand, and Minnesota set a season high for runs in a victory over Oakland. 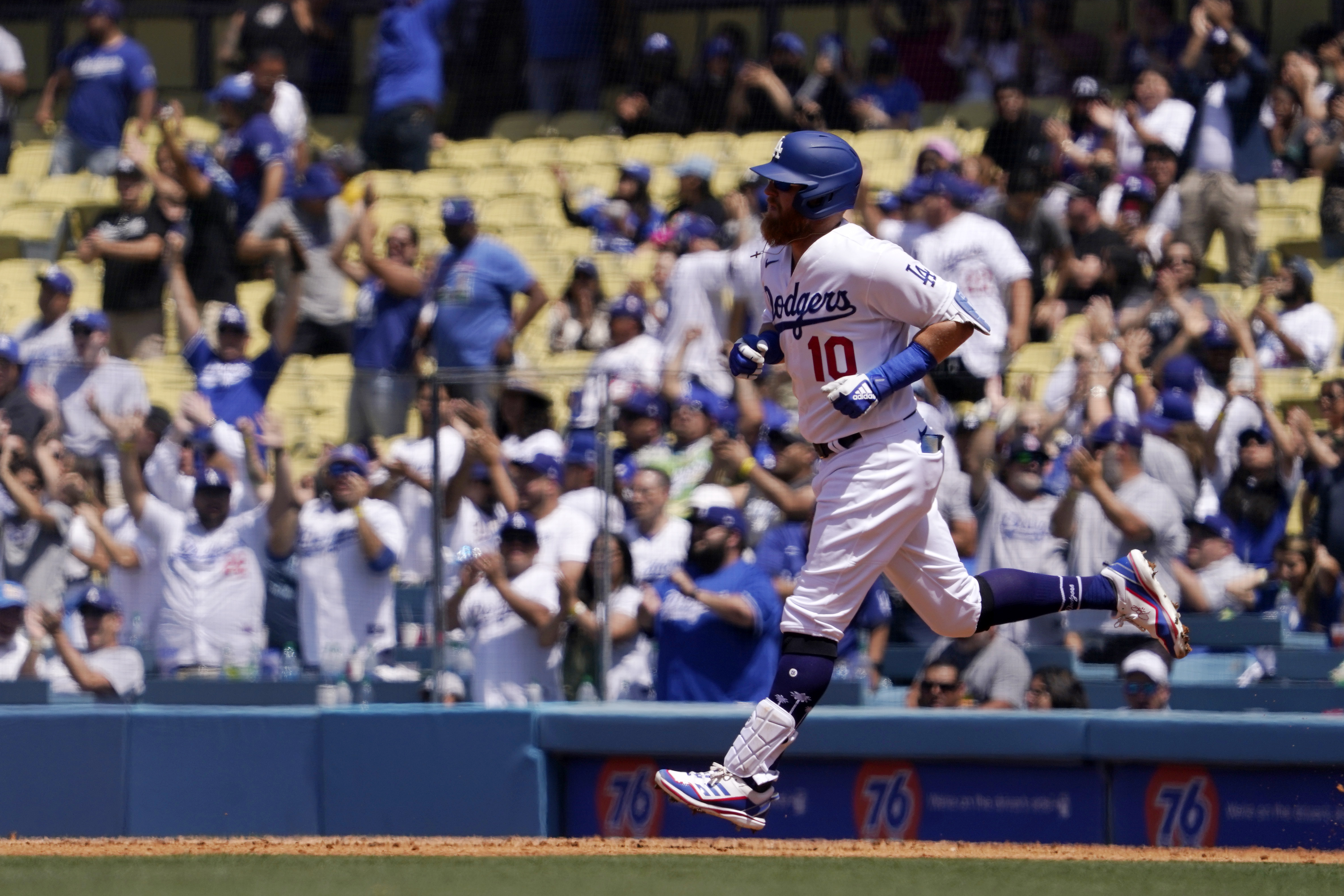