The nation in brief: Buffalo rampage suspect silent in court 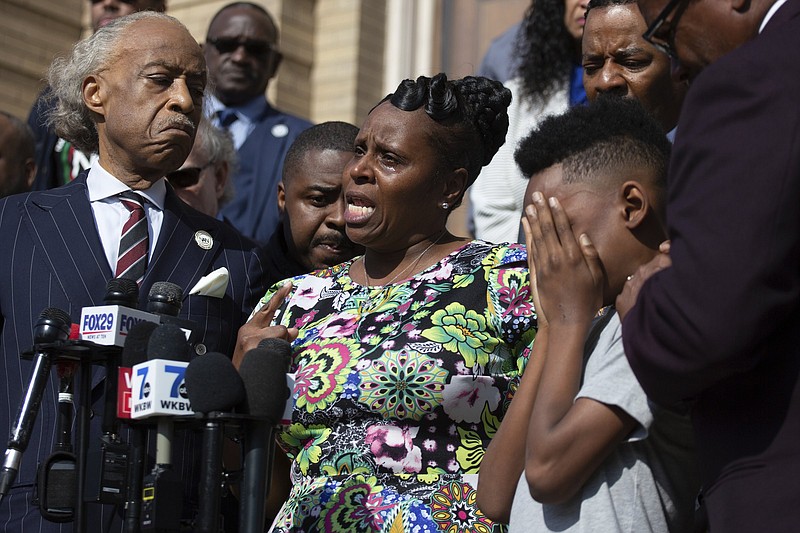 BUFFALO, N.Y. -- The white man accused of killing 10 Black people at a supermarket in Buffalo, N.Y., appeared in court Thursday, standing silently during a brief proceeding attended by some relatives of the victims after a grand jury indicted him.

Payton Gendron, 18, wore an orange jail uniform, a mask and handcuffs. As he was led out, someone shouted "Payton, you're a coward!" from the courtroom gallery. He is being held without bail.

Thirteen people were shot Saturday at the Tops Friendly Market in a predominantly Black neighborhood of Buffalo. Authorities are continuing to investigate the possibility of hate-crime and terrorism charges.

Relatives of several victims met with the Rev. Al Sharpton before joining him at a news conference outside Buffalo's Antioch Baptist Church. Sharpton said his civil-rights group, the National Action Network, would cover funeral expenses for those killed in the attack.

"These hate crimes need to be stopped," Sharpton said. "We need to hold all that have aided and abetted the hate in this country accountable." He said the victims "were guilty of being Black."

Gendron, 18, livestreamed the attack from a helmet camera before surrendering to police outside the grocery store. He had posted hundreds of pages of writings to online discussion groups in which he detailed his plans for the assault and his racist motivation.

At his initial court appearance last week, Gendron's court-appointed lawyer entered a plea of innocent on his behalf. He is due back in court June 9.

Tops Market pledged to reopen the store as soon as possible.

SACRAMENTO, Calif. -- A power failure in Sacramento on Thursday that left much of the city's downtown in the dark also delayed the start of California's legislative session.

Utility crews worked to replace a transformer and the outage delayed legislators from starting work for about half an hour.

The Sacramento Municipal Utilities District reported 650 customers were without power in the morning, a figure that probably represented thousands of people, because multiple high-rise office buildings as well as the state Capitol were affected. Many traffic lights went dark.

Power was restored to the Capitol by late morning.

WASHINGTON -- U.S. Secretary of the Navy Carlos Del Toro announced Thursday that a future destroyer will be named the USS Telesforo Trinidad in honor of a Filipino sailor who rescued two crew members when their ship caught fire more than a century ago.

Fireman Telesforo De La Cruz Trinidad is the only Filipino in the Navy to be awarded the Medal of Honor.

"Since being sworn in as Secretary, I have wanted to honor his heroic actions by naming a ship after him," Del Toro said in a statement released Thursday. "This ship and her future crew will be a critical piece in strengthening our maritime superiority while also emphasizing the rich culture and history of our naval heritage."

The news cheered Asian Americans, veterans and civilians in both the U.S. and the Philippines who had urged the honor. They said a named ship would also honor the tens of thousands of Filipinos and Americans of Filipino descent who have served in the Navy since 1901, when the Philippines was a United States territory.

Trinidad, who died in 1968 at age 77, was aboard the USS San Diego in January 1915 when boilers exploded, killing nine sailors. Later, he would go on to be one of more than 250,000 Filipino soldiers who served in World War II.

EAGLE, Wis. -- Six people including three firefighters were hurt in an explosion and fire that rocked a Wisconsin marine construction company Thursday with a blast so thunderous it shook a nearby elementary school.

The fire at Summerset Marine Construction in the small Waukesha County community of Eagle was still burning Thursday afternoon, but the thick black smoke that poured from the building earlier in the day and could be seen for miles was no longer visible. Eagle is about 35 miles southwest of Milwaukee.

About 100 firefighters responded, said Western Lakes Fire District Assistant Chief Matt Haerter. They were expected to be on the scene another eight hours, officials said. About 30 tanker trucks were bringing water because of a lack of fire hydrants in the area.

Two of the injured were taken to a hospital, including one who was seriously injured.

With diesel and liquid petroleum in the building, explosions continued for about 30 minutes after firefighters arrived, officials said. Because the metal building was in danger of collapsing, firefighters attacked the flames from the exterior. 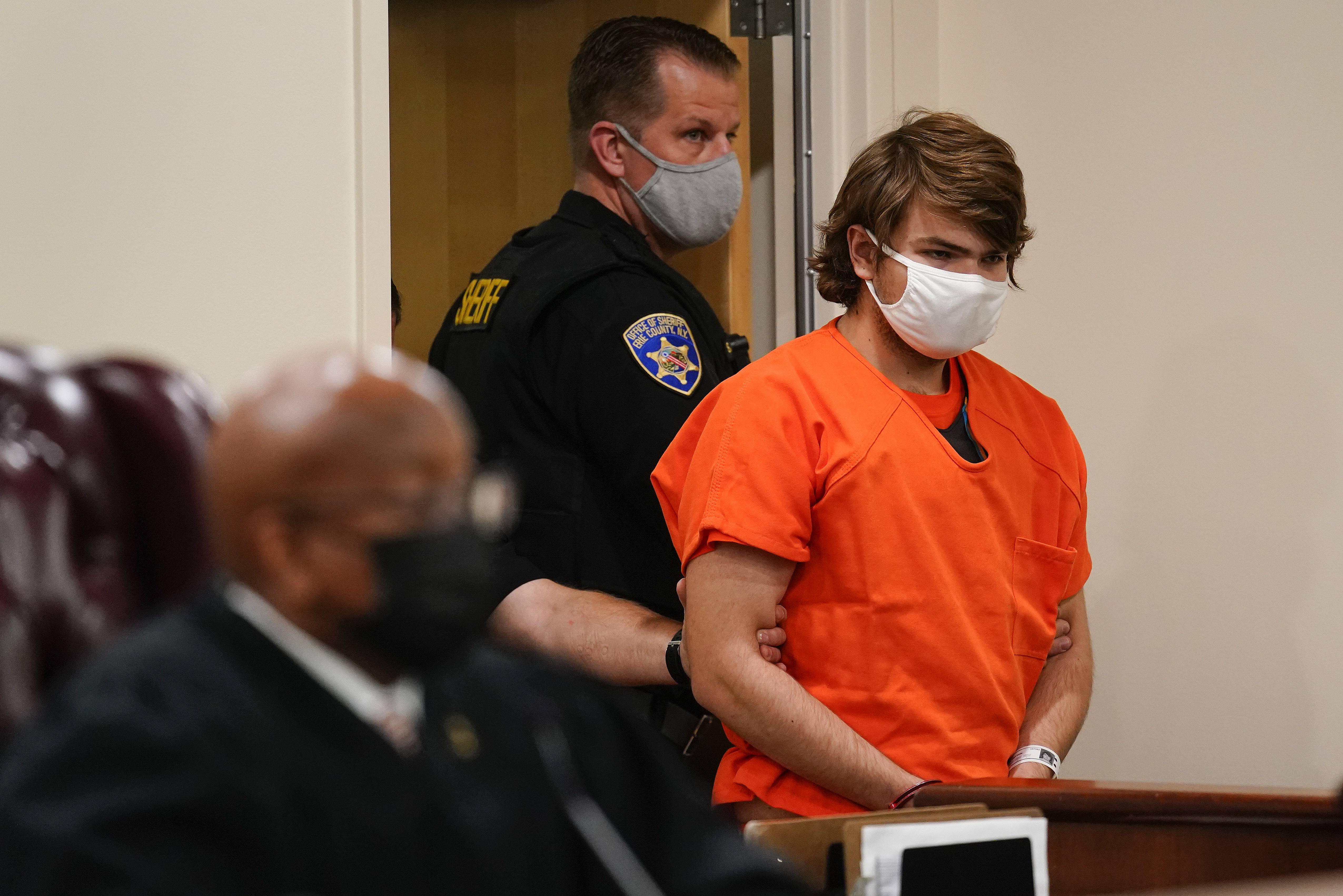 Payton Gendron is led into the courtroom for a hearing at Erie County Court, in Buffalo, N.Y., Thursday, May 19, 2022. Gendron faces charges in the May 14 fatal shooting at a supermarket. (AP Photo/Matt Rourke) 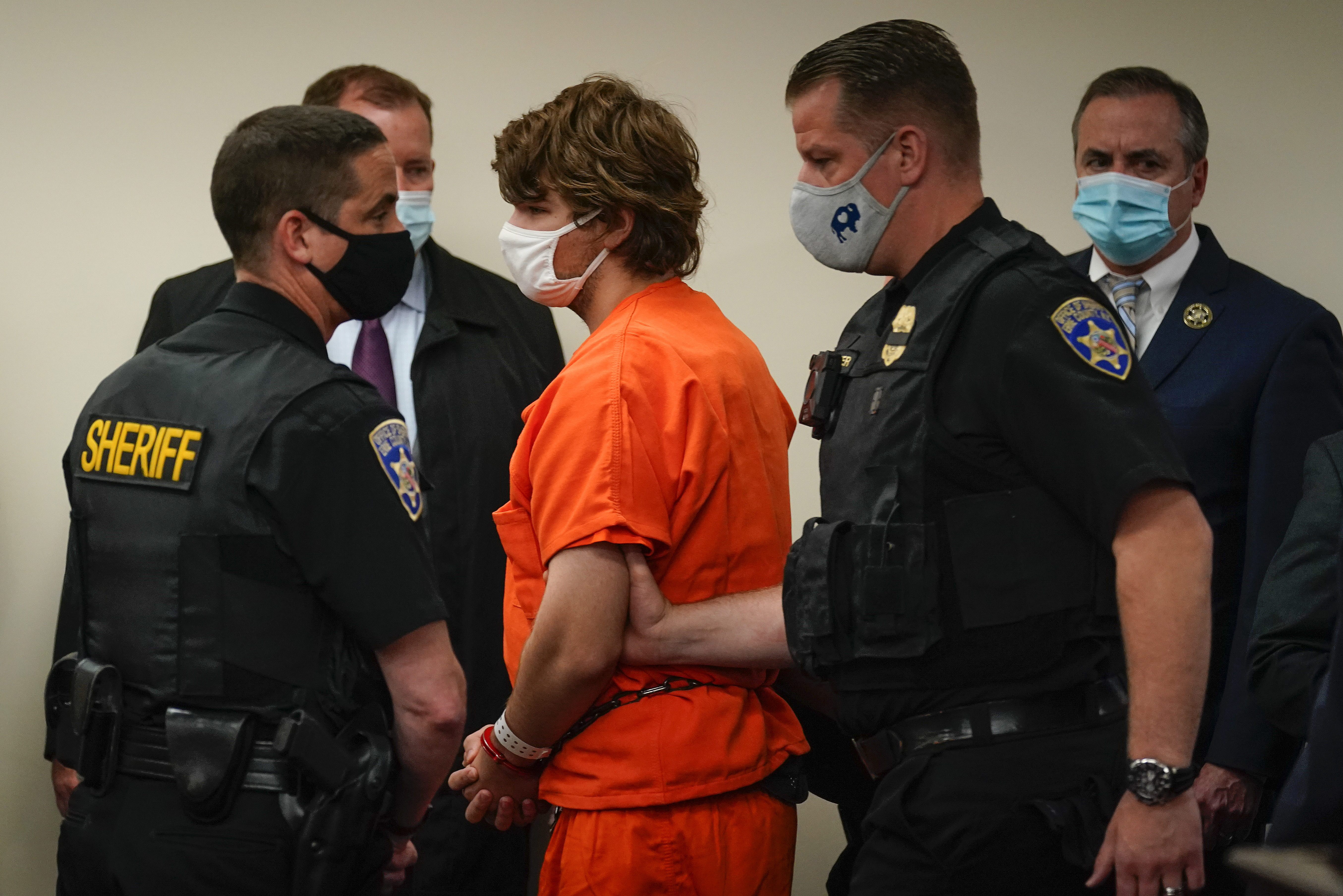 Payton Gendron is led out of the courtroom after a hearing at Erie County Court, in Buffalo, N.Y., Thursday, May 19, 2022. Gendron faces charges in the May 14, fatal shooting at a supermarket. (AP Photo/Matt Rourke) 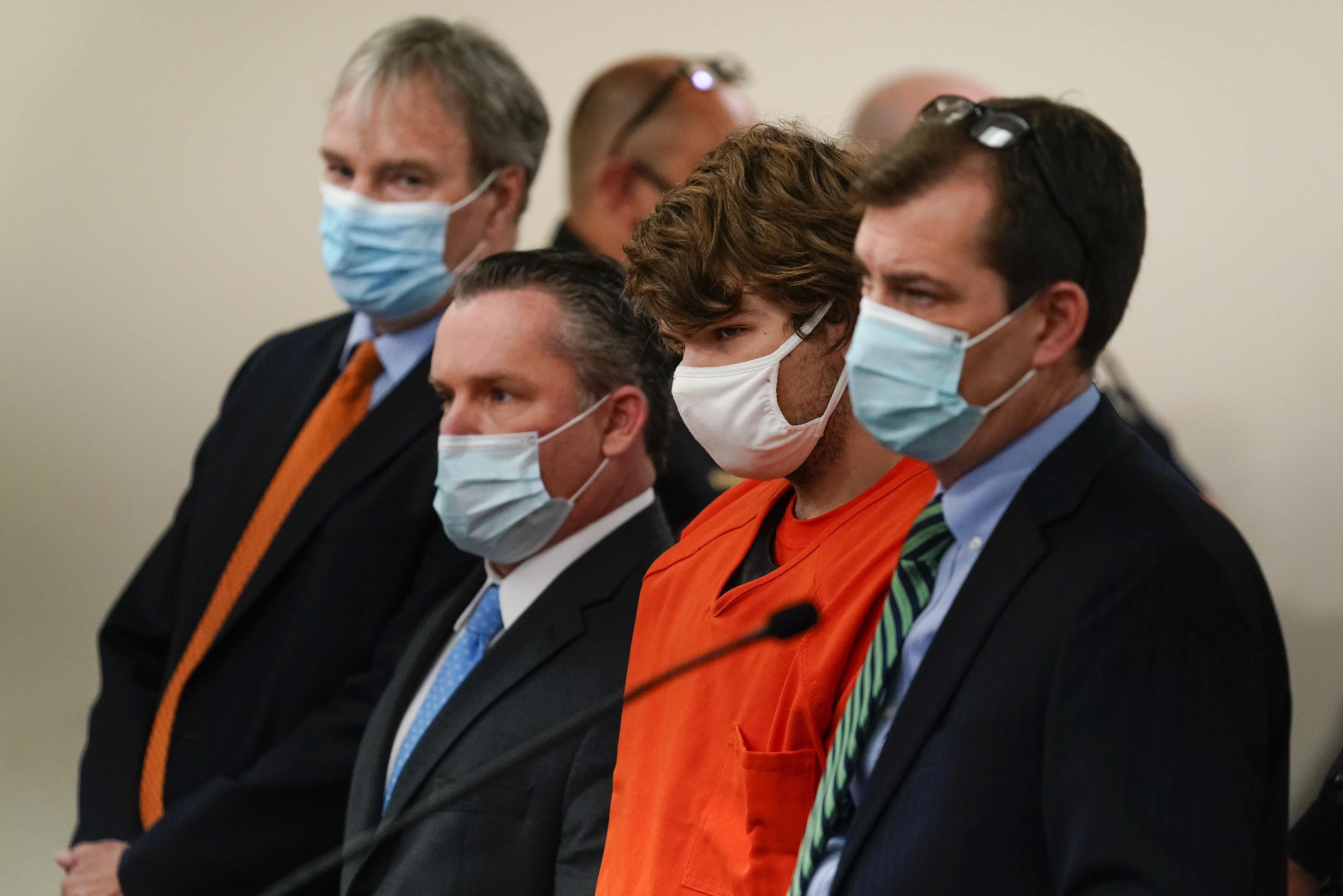 Payton Gendron, second from right, appears during a hearing at Erie County Court, in Buffalo, N.Y., Thursday, May 19, 2022. Gendron faces charges in the May 14 fatal shooting at a supermarket. (AP Photo/Matt Rourke) 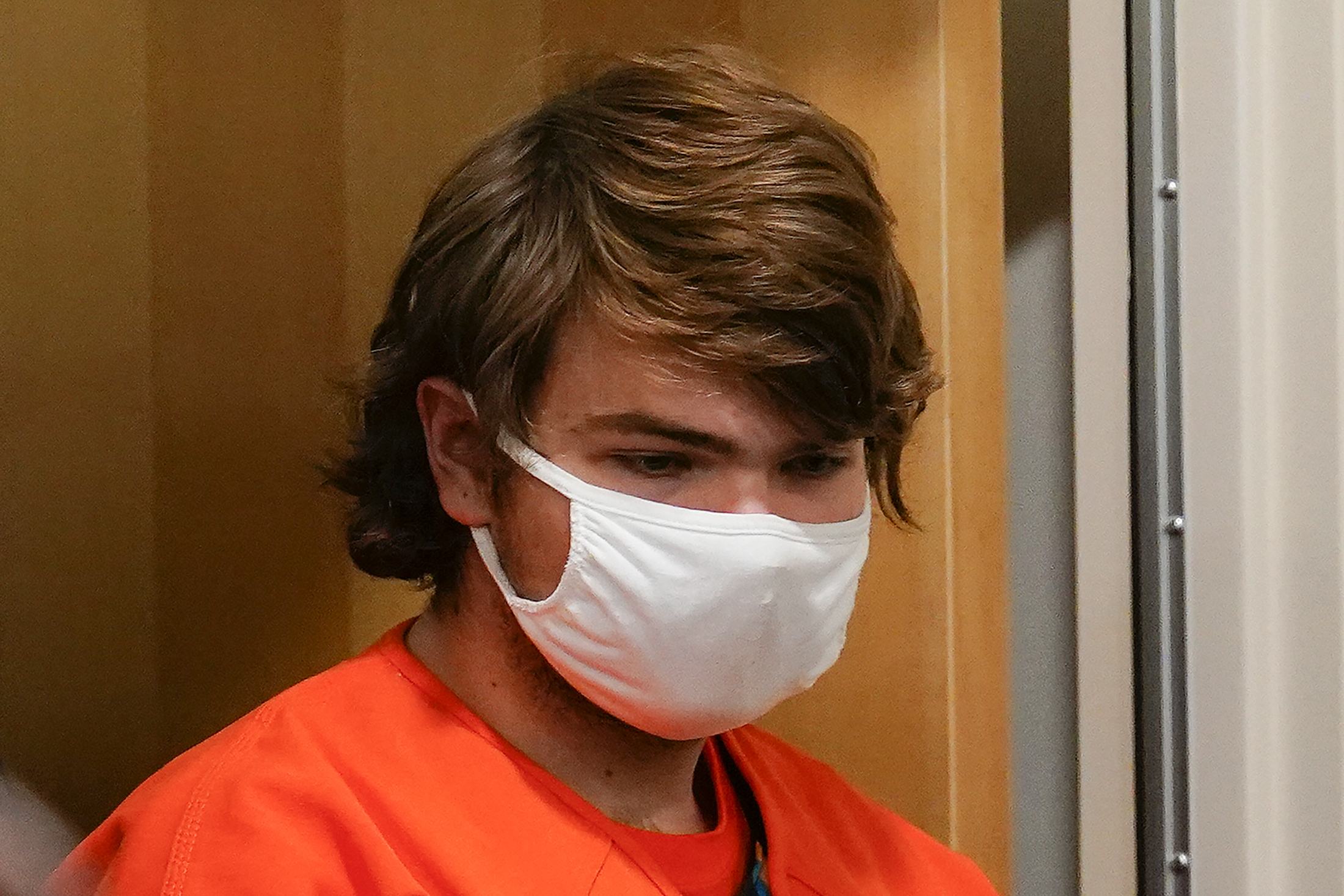 Payton Gendron is led into the courtroom for a hearing at Erie County Court, in Buffalo, N.Y., Thursday, May 19, 2022. Gendron faces charges in the May 14, fatal shooting at a supermarket. (AP Photo/Matt Rourke) 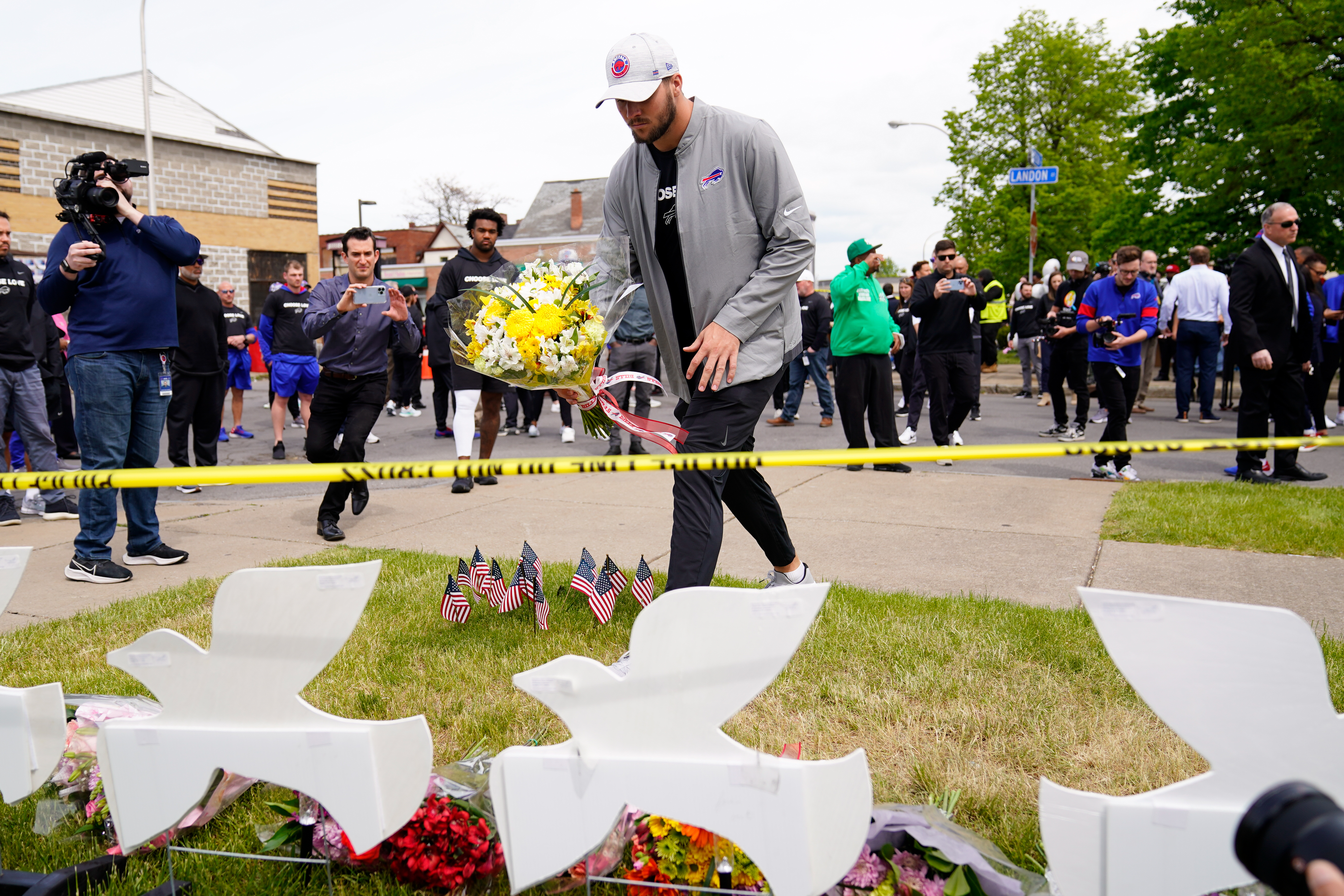 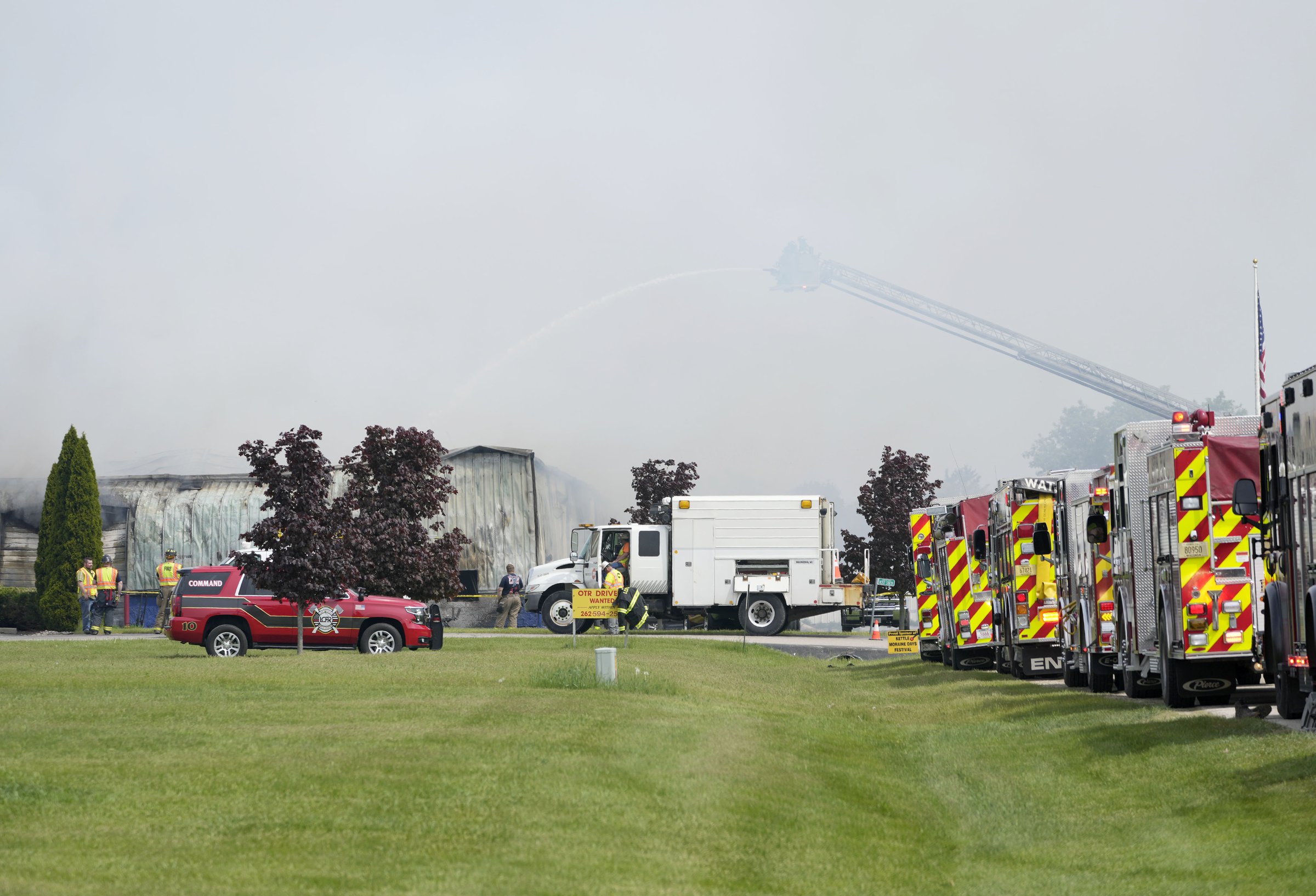