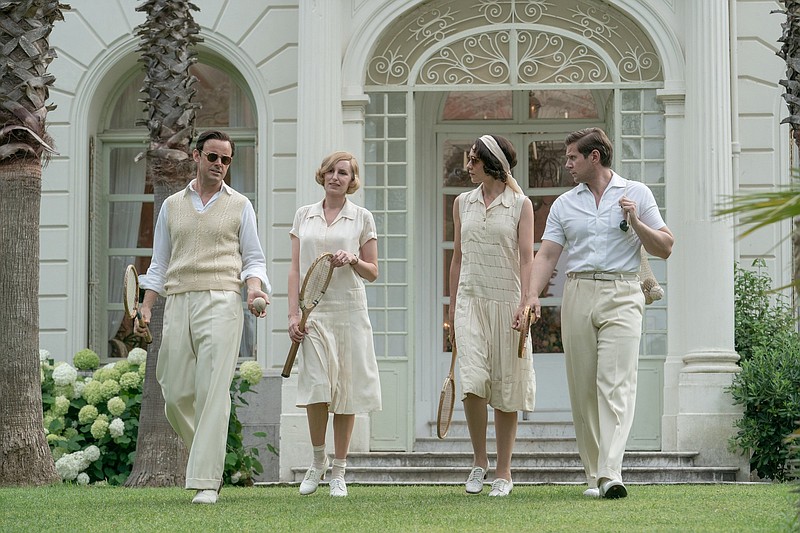 Pairing up: Bertie Hexham (Harry Hadden-Paton) and Lady Edith (Laura Carmichael) are ready to take on Lucy Branson (Tuppence Middleton) and Tom Branson (Allen Leech) in mixed doubles in this scene from “Downton Abbey: A New Era.” The costumes are by Anna Robbins, who designed the clothes for the previous movie and the last two seasons of the television series.

Much of the charm of "Downton Abbey: A New Era" is there's nothing new about it.

Director Simon Curtis and series creator-screenwriter Julian Fellowes know better than to needlessly tinker with content that, at its best, is more addictive than a narcotic.

Having been raised in an upper-class British family, Fellowes has managed to simultaneously celebrate and lampoon his roots. One can envy the stately home where Lord Robert and Lady Cora Grantham (Hugh Bonneville, Elizabeth McGovern) reside, admire their happy, stable marriage and giggle about how out of touch he is with the social, technological and economic changes of the 20th century.

This ambivalence makes for more engaging drama. The lord of the manor may be out of touch, but he has a noblesse oblige younger leaders would be wise to follow. Because he doesn't fit neatly into a category, it's fun to watch his large family and retinue of household servants negotiate life between world wars.

If you missed the last cinematic installment or haven't binged on the series in a while, ­Fellowes, who won an Oscar for writing Robert Altman's "Gosford Park," is still capable of churning out a new installment that is engaging on its own. It also doesn't hurt that the new movie comes with a quick, low-key reminder delivered in a reserved manner that seems so typical of the UK.

The new tale involves two related storylines. In the first, Lord Robert's mother Violet (Maggie Smith) has inherited a grand home in the South of France. The late owner was an admirer of hers, but his widow (Nathalie Baye) feels more than a little cheated. The will is solid, but his heir Montmirail (Jonathan Zaccai) seems suspiciously friendly to the Granthams about the whole thing.

Back at Downton, a film producer named Jack Barber (Hugh Dancy) wants to use the home as a location for his latest "cinematograph" tale. Lord Robert is wary, but the offer of cash for the upkeep on the place is impossible to resist.

Having a title and large estate isn't the same as having ready wealth.

While Lord Robert is negotiating near the Riviera, the staff has mixed feelings about a movie being shot at their workplace. Matinee idol Guy Dexter (Dominic West) is genial, but co-star Myrna Dalgleish (Laura Haddock) struts around as if she owns the place. Worse, her cockney drawl makes her seem both low class and pretentious at the same time. The servants may like her films, but they sure don't think much of her.

Location shooting isn't as smooth in the late 1920s as it is now, and the owners' daughter Lady Mary (Michelle Dockery) has the unenviable task of facilitating the production while also keeping the movie crew from antagonizing the people who live and work there.

It's fair to call "Downton Abbey" a soap opera, but the acting, writing and production value are far greater than the average daytime drama. The occasionally melodramatic plotting is tempered by Fellowes' unerring ear for clever putdowns. For nearly two decades (if you count "Gosford Park"), Maggie Smith's cutting delivery is still delightful, and to hear her spar with people within her own station and below it is worth the price of admission. When these people start backbiting, it's as thrilling as the car chases in some less refined fare.

Like "Game of Thrones" mastermind George R.R. Martin, Fellowes seems to enjoy toying with viewers on which characters won't make it to the next installment. This probably makes some of his lapses in imagination easier to tolerate. If you've seen "Singing in the Rain," you can guess how the film shoot will go. By focusing on how the residents of Downton Abbey will handle it, Fellowes and company know how keep an oft-told tale from seeming fossilized.

Fellowes probably has other stories to set in the manor, and if he keeps telling them well, "Downton Abbey" may remain a fairy tale one never outgrows. 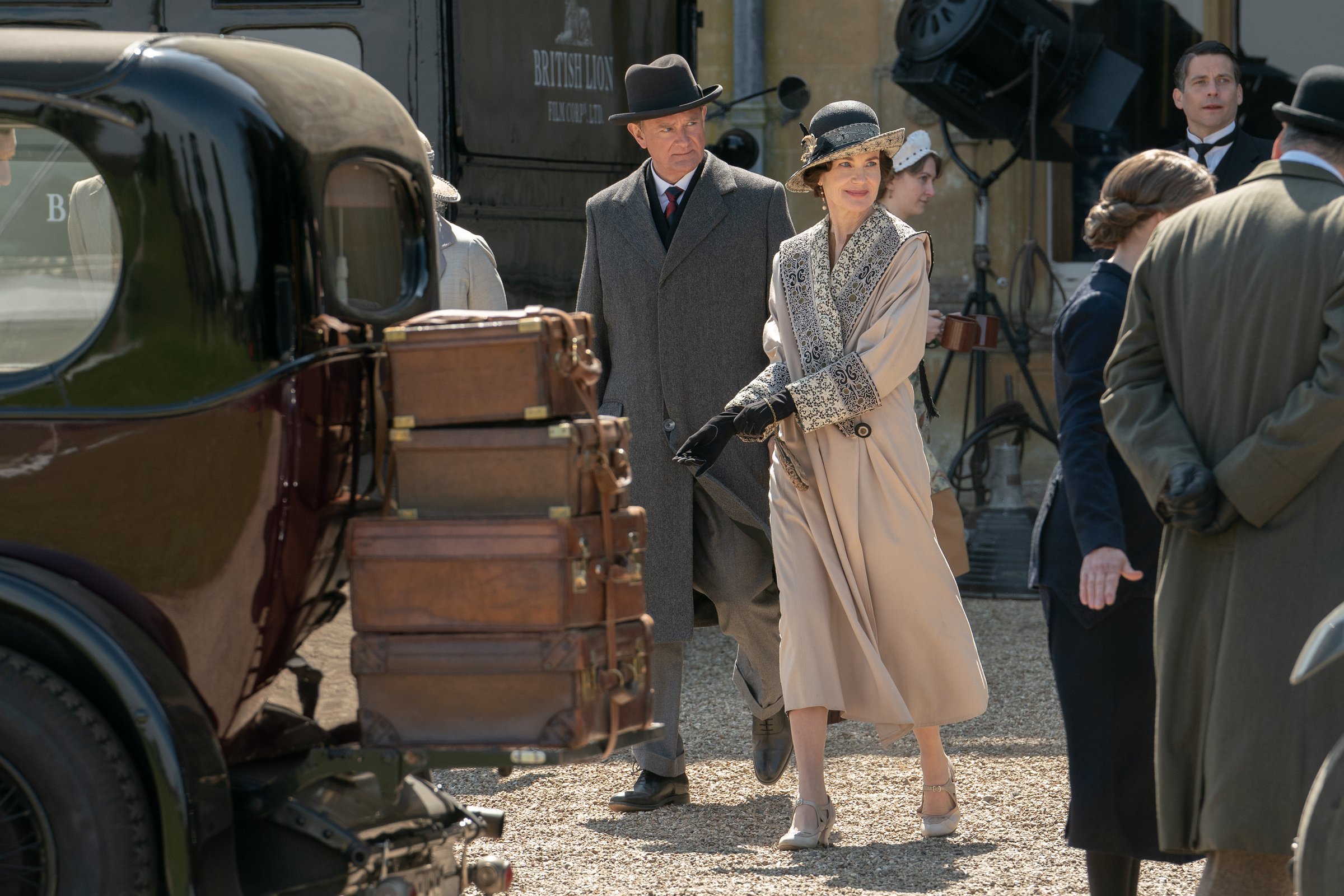