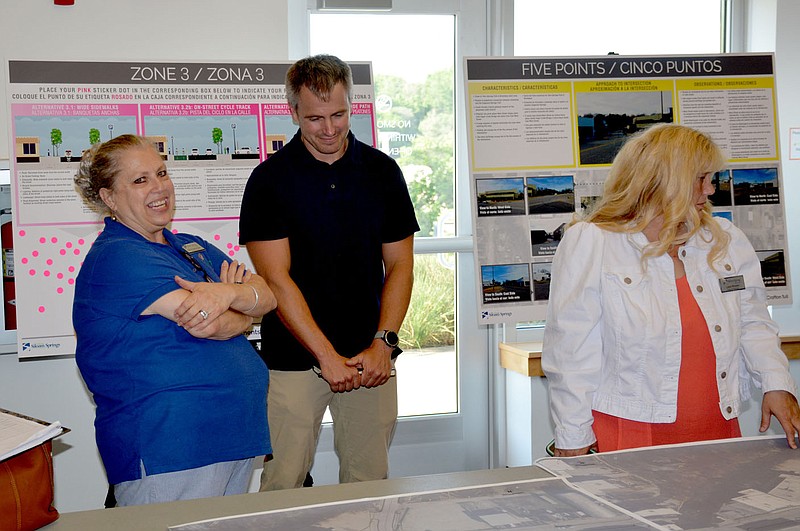 City staff and engineers from Crafton Tull were on hand to answer questions about the project and gave attendees the chance to vote on whether there should be a roundabout at the intersection of East Main and South Washington streets.

Attendees made notes on a map of East Main Street and weighed in on the redesign project. Ember Dreemur, one of the owners of Monolith Games located at 717 E. Main St. Unit A, said she was excited for the project.

"We've been very concerned because we've had a lot of close calls with accidents on the road," Dreemur said. "There were tons of close calls, one hit-and-run that involved a bike that was close to our business, and we are absolutely excited for sidewalks and some kind of clarity to parking."

Dreemur said the business is a gaming store so kids of all ages come in to the shop, and when it gets dark it's hard to see.

Katie Rennard, a realtor from Century 21, also had positive things to say about the project. Rennard said she was happy to come back and look at this after several years.

She went on to say that East Main Street is a corridor from U.S. 412 to downtown Siloam Springs and presently doesn't have safe sidewalks. It also lacks trees or shade, she said.

"I am so thankful that our community has gotten behind doing this," Rennard said. "I hope we will be able to act on it in the very near future."

Victoria Sandoval, the board chair for Main Street Siloam Springs, said she was excited to see the design and was looking forward to decreasing the speed on the hill that goes into downtown.

Not all attendees were excited about the redesign. James McGuirk, a former business owner on East Main Street, was not in favor of the project.

"I don't think at this time the city needs to be spending that kind of money on projects like this that are not necessary," McGuirk said.

He also said not all business owners and residents were for the project and said that there are other places in Siloam Springs where they can spend the money and get better results.

"I think that we should put it to a vote of the people," McGuirk said. 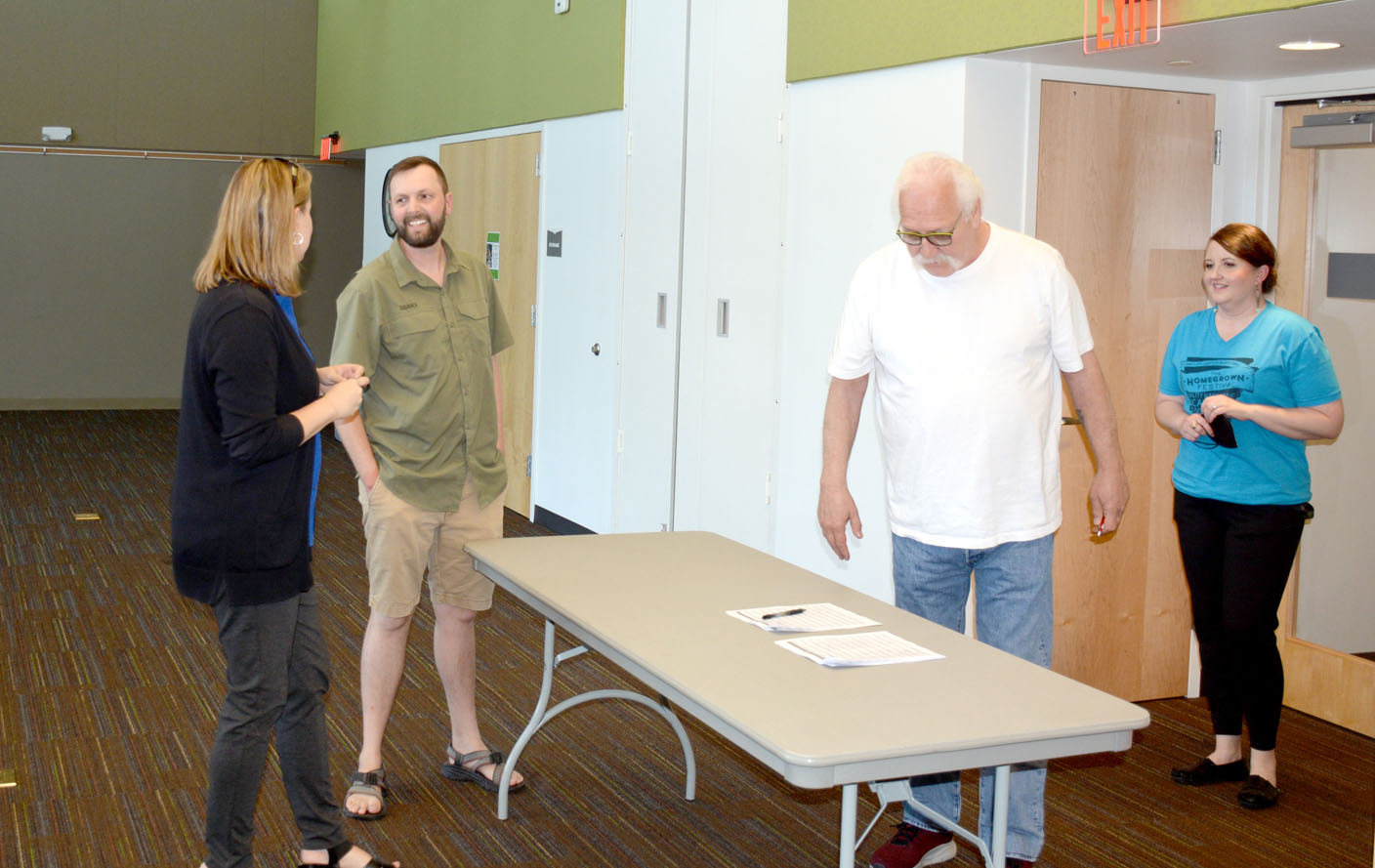