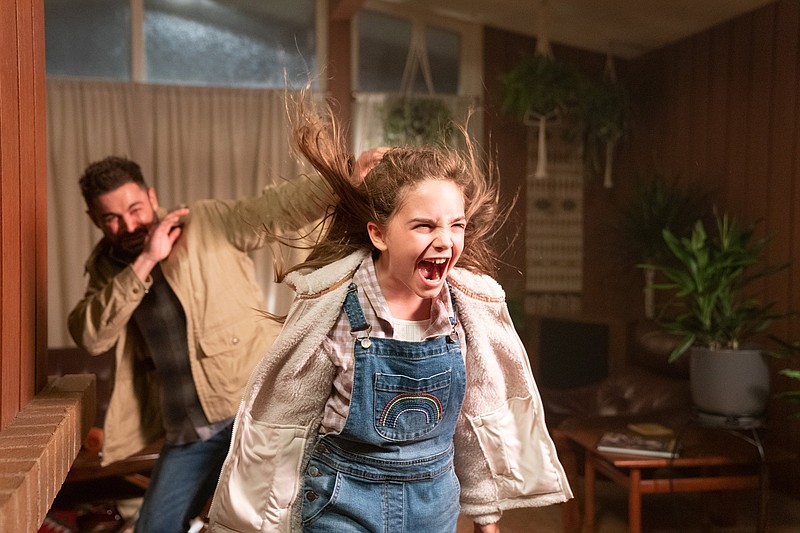 A mostly bush-league effort from Blumhouse (which knows a thing or two about making uninspired "horror" flicks) keeps the long-held tradition of treating Stephen King properties like one of those junky paperbacks you buy in desperation before boarding a four-hour flight to somewhere you don't care about. Keith Thomas' updated adaptation of "Firestarter" -- the original version, released in 1984, came out so long ago, current daytime TV host Drew Barrymore starred in it as a 9-year-old -- plays like a failed pilot to a woebegone series bid on the SyFy Channel.

A young actress named Ryan Kiera Armstrong reprises the Barrymore role as Charlie, a young girl with tremendous telekinetic power, inherited from her parents, Andy (Zac Efron), and Vicky (Sydney Lemmon), and the ability to make things overly heated when she stresses out. Her parents were the subjects of a series of mad experiments by a brilliant lunatic doctor (Kurtwood Smith, who seems to have visited the set for an afternoon) back in their college days, and have been on the run from nefarious government types with their feistily impetuous progeny ever since.

Newly put in charge of this enhanced-human program, and very much wanting to track down the kid for use in scientific study for the military, a woman known only as Captain Hollister (Gloria Reuben) enlists the aid of another former test-subject, Rainbird (Michael Greyeyes), an American Indian assassin and telekinetic, to find the kid and capture her alive at any cost.

The production doesn't look as shoddy as the screenplay reads. Thomas, who got this dubious gig on the strength of his vastly superior indie horror film, "The Vigil," knows how to competently frame a scene, and inserts at least a modicum of pace into the drawn-out fright scenes, but the script, penned by Scott Teems (also the scribe for the equally disavowed "Halloween Kills") flits about nonsensically, beginning plot threads and dropping them unrepentantly, and offering the worst sort of lazy pandering to plot efficiency (after losing Vicky to a brutal attack, Andy and Charlie immediately go on the lam, and show absolutely no emotion about the loss of their beloved matriarch). It's brutally insipid -- one scene, between Captain Hollister and the mad doctor, is so painfully clunky, I had to avert my eyes from the screen as if it were an animal sacrifice -- and woefully thin.

It has also taken from King's lesser dregs -- a rehashing of "Carrie," a much better book about a young woman with telekinetic powers and emotional instability -- which doesn't help. I would suggest it didn't make sense as a remake (see also, the much worse update to the aforementioned "Carrie" from a couple of years ago), but the original wasn't all that inspiring in the first place.