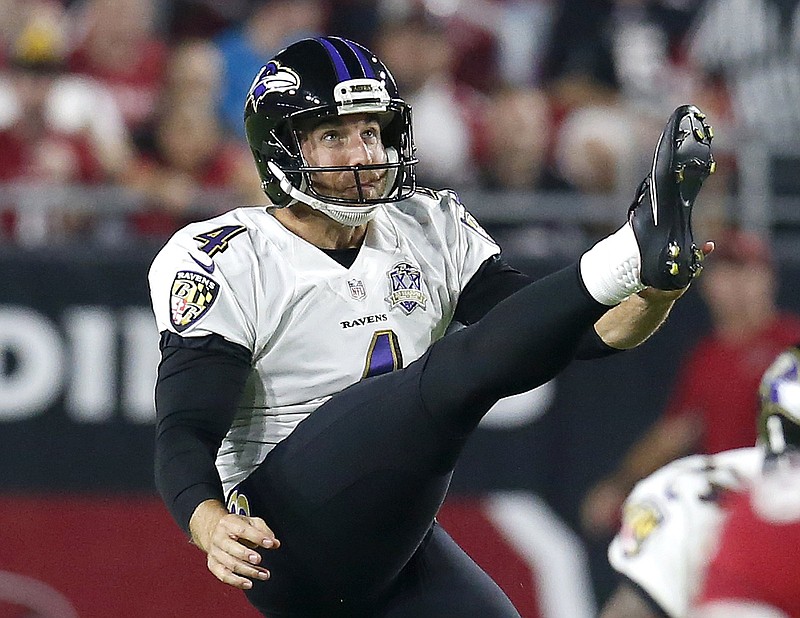 Longtime Ravens punter Sam Koch retired Thursday and will join the Baltimore coaching staff as a special teams consultant. A 16-year veteran, Koch, 39, appeared in a franchise-record 256 regular-season games, 239 consecutively from 2006-20, also a team record. He was a member of Baltimore's 2012 Super Bowl championship team, and appeared in 20 postseason games. A 2015 Pro Bowl selection who made the AP's second-team All-Pro squad that season, Koch set franchise records in punts (1,168), punt yardage (52,868), career gross average (45.3), career net average (39.7) and punts inside the 20 (453). His 1,168 career punts are the most by a punter with a single team in NFL history. He also was the holder on all but one of Justin Tucker's 326 field goals made, including 17 game-winners, helping Tucker put together the best success rate (91.1%) in NFL history.

The Tennessee Titans agreed to terms with third-round pick Nicholas Petit-Frere on Thursday. Petit-Frere, an offensive tackle, played 35 games, including 20 starts for Ohio State. He started 12 games at left tackle in 2021 and seven games at right tackle in 2020 for the Buckeyes. Ohio State had the No. 1 ranked offense -- total yards and scoring -- in 2021. The Titans have agreed to terms with six of their nine picks from the draft.

MJ Daffue, Trevor Cone and Michael Feagles all turned in rounds of 7-under 65 in the opening day of play at the Korn Ferry Tour's AdventHealth Championship in Kansas City, Mo., Thursday. Former University of Arkansas golfer Nicolas Echavarria and Zach Fischer (Benton) are tied in sixth place after shooting a 4-under 68 at the Blue Hills Country Club. Alvaro Ortiz (Razorbacks) and David Lingmerth (Razorbacks) each shot a 1-under 71. Tag Ridings (Razorbacks) and Matt Atkins (Henderson State) each posted scores of 3-over 75.

Three-time All-Star infielder Matt Carpenter was released by the Texas Rangers from their Triple-A team Thursday, and became a free agent in a mutual decision because of the lack of opportunity with their big league team. The 36-year-old Carpenter went to spring training on a minor league contract and accepted the assignment to Round Rock when he didn't make Rangers' opening day roster. He hit .275 with 6 home runs and 19 RBI in 21 Triple-A games, but Texas still didn't have room for him in the majors. Carpenter played his first 11 major league seasons with the St. Louis Cardinals, who took him in the 13th round of the 2009 amateur draft from TCU, which is about 20 miles from the Rangers' home ballpark. St. Louis paid a $2 million buyout instead of exercising its $18.5 million club option after last season.

Manager Bob Melvin plans to return to the dugout tonight when the San Diego Padres open a three-game series at San Francisco, the team said Thursday. Melvin has been away since having prostate surgery on May 11. The Padres said no cancer was found. Melvin will travel to San Francisco today and rejoin the Padres for the final three games of a nine-game, three-city trip. That matches the timetable Melvin hoped for when he announced on May 10 that he was having surgery. Bench coach Ryan Christenson managed the team in Melvin's absence. The Padres went 4-2 on a swing through Atlanta and Philadelphia. Christenson also managed three games on their last homestand, going 2-1. Melvin was hired away from Oakland on Nov. 1.

The Arizona Diamondbacks placed catcher Jose Herrera on the injured list Thursday without a designation, indicating a potential covid-19 issue with the team. The move with Herrera comes one day after left-hander Kyle Nelson and outfielder Cooper Hummel were placed on the IL without any injury designation. The team announced the same move for infielder Nick Ahmed on Monday. With Herrera on the IL, catcher Grayson Greiner was promoted from Triple-A Reno before Thursday night's series opener against the Chicago Cubs. The 29-year-old Greiner batted .236 with a home run and seven RBI in 31 games for Detroit last year.

Second-seeded Casper Ruud advanced to the Geneva Open semifinals in defense of his title by beating Thanasi Kokkinakis 6-4, 7-6 (3) on Thursday. No. 8-ranked Ruud forced the only service break in the first set of a quarterfinals match that saw only four break-point chances created. Ruud will next face fourth-seeded American Reilly Opelka, who beat Tallon Griekspoor 6-4, 3-6, 6-3. The 6-11 Opelka fired 14 aces and won 85% of points when landing his first serve. The other semifinals pairing today is Richard Gasquet and Joao Sousa, both now ranked in the 70s and aged in their mid-30s. 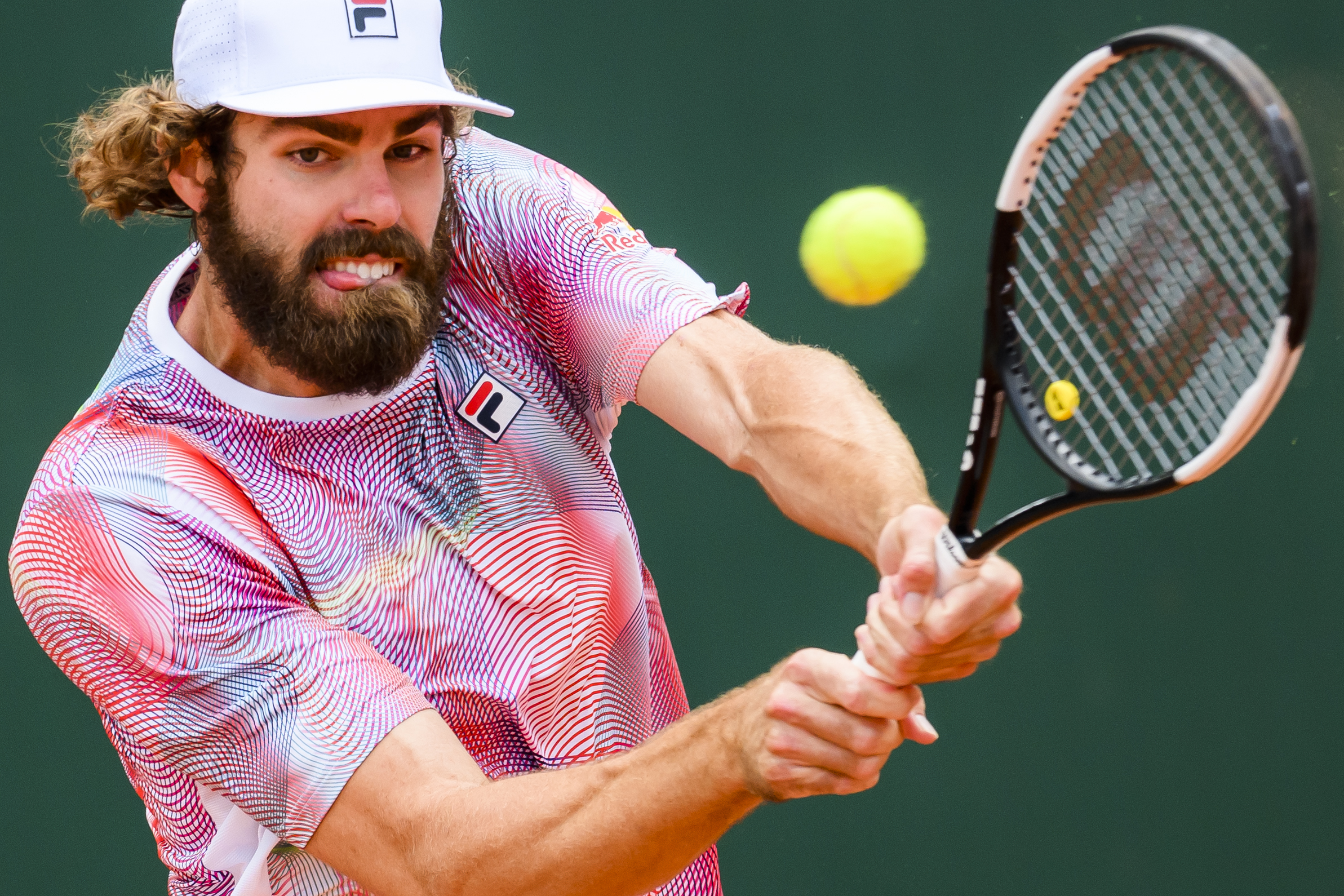 Reilly Opelka of the United States, returns a ball to Tallon Griekspoor of Netherlands during their quarter-final match, at the ATP 250 Geneva Open Tennis tournament in Geneva, Switzerland, Thursday, May 19, 2022. (Jean-Christophe Bott/Keystone via AP) 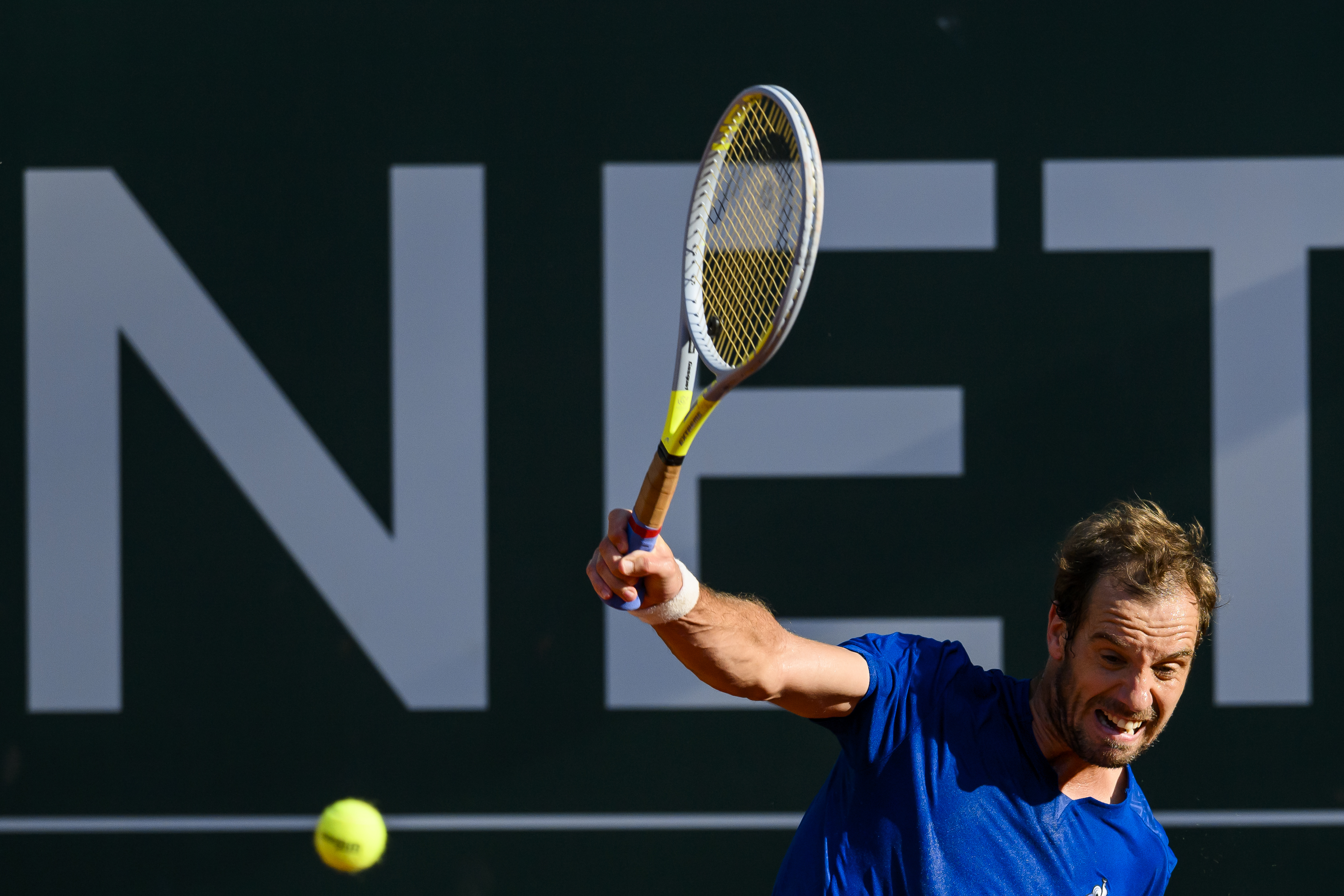 Richard Gasquet of France returns a ball to Kamil Majchrzak of Poland during their quarterfinal match, at the ATP 250 Geneva Open Tennis tournament in Geneva, Switzerland, Thursday, May 19, 2022. (Jean-Christophe Bott/Keystone via AP)