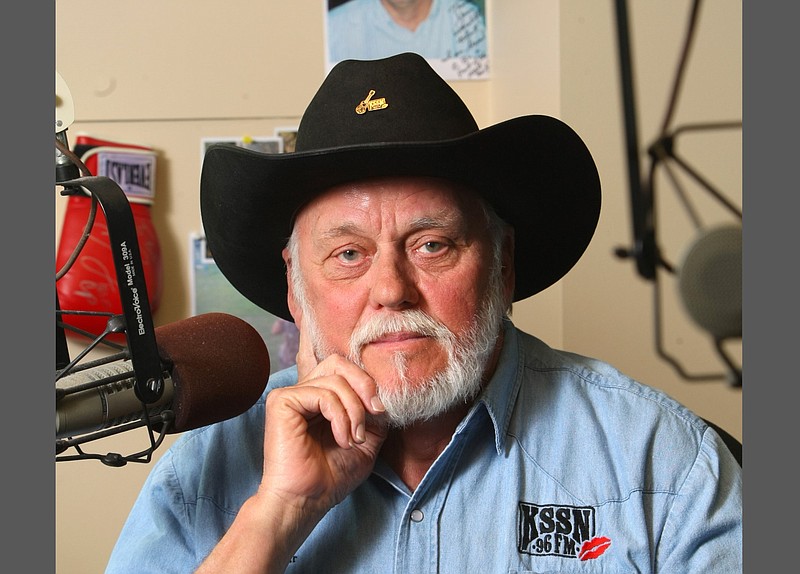 Little Rock radio veteran Bob Robbins is shown in his studio at the Clear Channel Metroplex in Little Rock in this March 19, 2008 file photo. (Arkansas Democrat-Gazette/Stephen B. Thornton)

Renowned country radio disc jockey Bob Robbins, best known for his 34-year tenure on KSSN 96 FM, died Saturday, according to a news release from the radio station where he continued to work at age 78.

Robbins, born Robert Spears, has been a daily presence on Arkansas radio since 1967, when he began work at KAAY in Little Rock, earning the name most knew him by after he took over for an employee named Rob Robbins who died in an accident, according to Encyclopedia of Arkansas.

Born in Florida and adopted by an Air Force officer after his parents’ deaths, Robbins got his first radio job at 14 with Armed Forces Radio in Morocco, where his father was based. His first music show was a polka program, he told Country Aircheck in a 2008 interview.

Sgt. Bill Miller, Robbins’ boss at Armed Forces Radio, told him he was “just too country,” and that he’d have to learn to talk better, Robbins recalled. But Robbins never did learn to talk “like a radio person,” he told Country Aircheck.

In fact, most Arkansans probably know Robbins for his time at KSSN, the Little Rock-based station where he would become a familiar folksy voice to many who had never met him in person.

During his time at KSSN, the station won numerous broadcasting awards, and Robbins was inducted into the Country Radio Broadcasters’ DJ Hall of Fame in 2008.

Out-of-state radio consultants and “so-called programming experts” could never figure out why Robbins appealed to audiences, said Arkansas radio veteran Neal Gladner, who never worked directly with Robbins but knew him through the industry.

“Nobody liked him,” Gladner said, “except all the listeners.”

Robbins’ daughter Stephanie Spears, along with other family members, posted on Facebook on Saturday announcing her father’s passing.

“Big Daddy lived his life for everyone around him and shared his beautiful, larger than life personality and soul with any and all,” the post read, using one of Robbins’ nicknames.

The post drew more than 680 comments in about six hours from those expressing condolences at Robbins’ passing.

Many Arkansans also know Robbins for his decades of involvement with the holiday Toy Hill toy drive, where he and others collected toys for thousands of kids each year in partnership with the U.S. Marine Corps’ Toys for Tots drive.