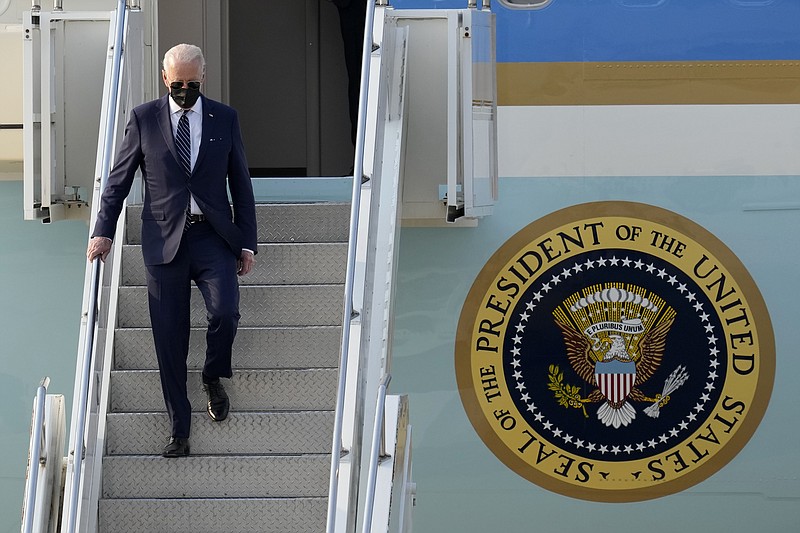 U.S. President Joe Biden, disembarks from Air Force One on his arrival at Osan Air Base in Pyeongtaek, South Korea, Friday, May 20, 2022. (AP Photo/Lee Jin-man, Pool)

BEIJING -- China is holding military exercises in the disputed South China Sea coinciding with President Joe Biden's visits to South Korea and Japan that are largely focused on countering the perceived threat from Beijing.

China's Maritime Safety Administration office in the southern island province of Hainan said the drills began Thursday and will continue through Monday.

It said other aircraft and vessels will be prohibited from entering the area but gave no details. China claims virtually all of the South China Sea and the crucial waterway has become a potential flashpoint for conflict in Asia.

The U.S. does not take a position on the sovereignty issue but insists on the right to operate freely in the sea and frequently sails warships close to militarized Chinese-held islands in the area in what are termed freedom-of-navigation operations.

China routinely protests such missions, labeling them provocations that endanger peace and stability. It has built airstrips and other military infrastructure atop human-made islands built on coral reefs and atolls.

Brunei, Malaysia, the Philippines and Taiwan also exercise overlapping claims in the South China Sea. The Philippine coast guard said Friday it had established outposts on three islands in the contested waters, a move likely to be frowned upon by Beijing,

Since the beginning of the month, China's first aircraft carrier, the Liaoning, has been conducting a mission in the Sea of Japan. The Defense Ministry described it as routine training aimed at boosting performance that is "in line with relevant international law and international practice, and not targeting any party."

China also flew a pair of long-range nuclear-capable H-6 bombers through the area Wednesday, according to Chinese media reports.

Meanwhile on Friday, the aircraft carrier USS Ronald Reagan and its strike group left their home port at Yokosuka, Japan, for a "routine at-sea period," the 7th Fleet said.

The ships and the carrier air wing "are expected to work with allies and partners, promote adherence to a rules-based international order, as well as maintain presence and flexibility to meet the needs of the U.S. Department of Defense," the Navy said.

"What arouses attention and vigilance is the fact that, even before the American leader has set out for the meeting, the so-called joint Japan-U.S. anti-China rhetoric is already kicking up dust," Wang said, according to China's Foreign Ministry. 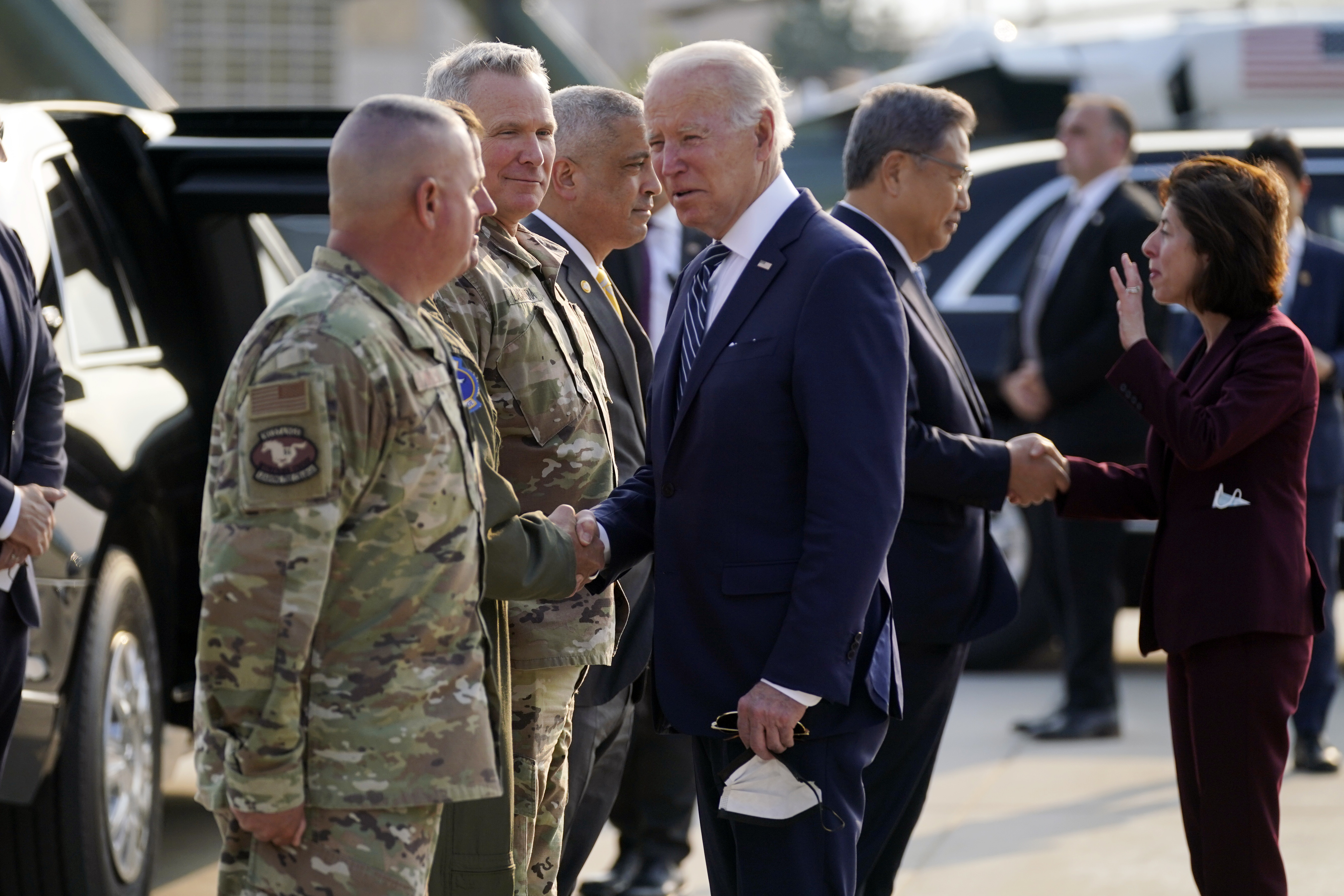 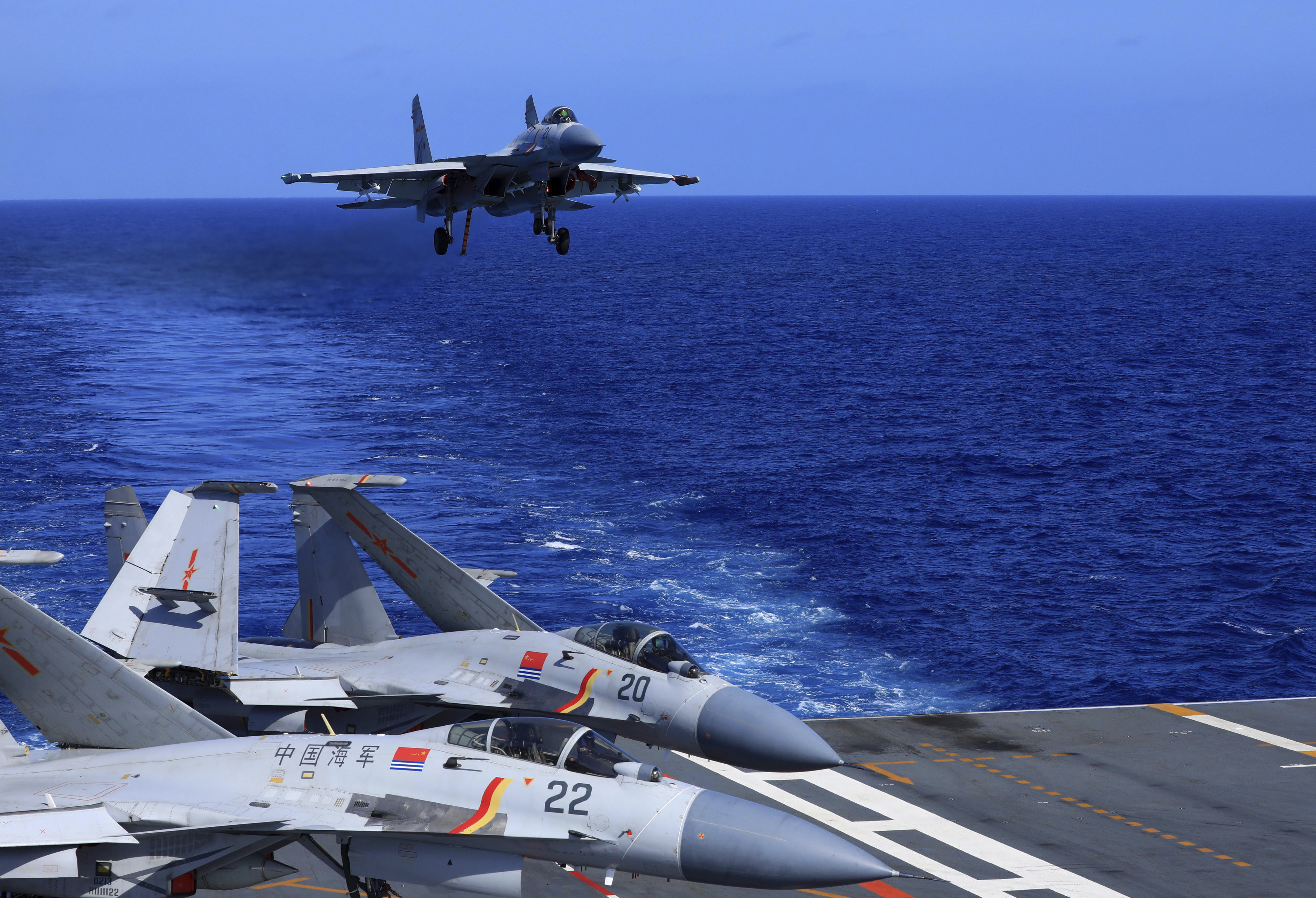 In this photo released Dec. 31, 2021, by Xinhua News Agency, an undated photo shows a carrier-based J-15 fighter jet preparing to land on the Chinese navy's Liaoning aircraft-carrier during open-sea combat training. China is holding military exercises in the disputed South China Sea coinciding with U.S. President Joe Biden's visits to South Korea and Japan that are largely focused on countering the perceived threat from China. (Hu Shanmin/Xinhua via AP)