Soybeans, staple of Arkansas agriculture, can be grown at home and used in a variety of dishes 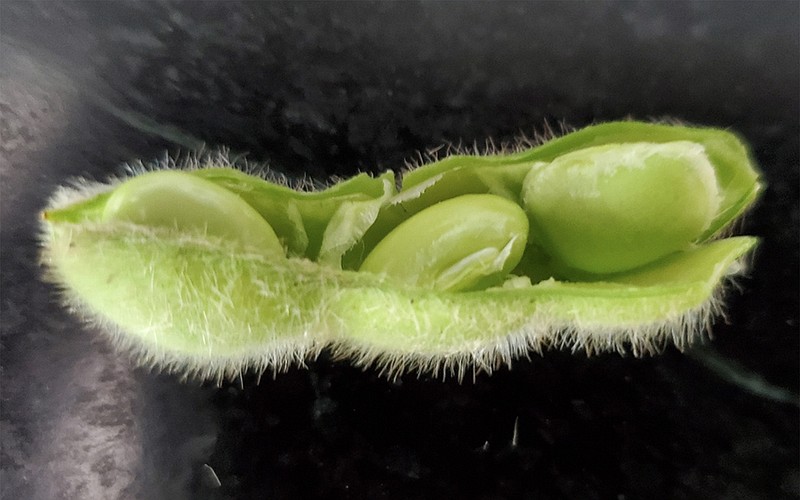 Green soybeans (edamame) are ready to harvest when the seeds have filled out but are only just beginning to touch. (Special to the Democrat-Gazette/Karen Ballard)

Soybeans are synonymous with agriculture in Arkansas, with 3.1 million acres grown making it the state's largest row crop. While many consumers know about soybeans and soy-based products, edamame is a relatively new food for many Arkansans.

Edamame, or green soybeans, are one of the original heirloom foods, grown and used in Asian cultures for more than 5,000 years. Historically, soy is one of the most versatile food crops in the world.

While there are more than 2,500 varieties of soybeans, and all are consumable, a lesser-known group of soybeans is the vegetable soybeans sometimes called edible soybeans, comprising varieties that have different-looking seeds. Edible soybean seed varieties range from tiny yellow, brown or black seeds up to large green seeds.

The largest part of the group are the edamame varieties with large green seeds. They are also the only soybeans that are not grown for dried beans, but actually are used fresh or in the green stage.

If you eat at a sushi or Asian restaurant you may find edamame in the pods as an appetizer. These fresh soybeans are steamed, boiled or microwaved, seasoned with salt or other seasonings and served in the pod with a dipping sauce. The idea is to put the pod in your mouth to add the outer flavoring, then pull the beans out of the pod — not eating the outer pod. They have a fresh, nutty taste.

While that was once your only market, today you can buy edamame fresh or frozen at many grocery stores, in the pod or husked.

All soybeans should be cooked in some way before eating. Raw soybeans contain lectin and saponins which can cause nausea, gas and abdominal pain if you eat too many raw.

Whole vegetable soybeans are nutritional powerhouses, containing twice the amount of protein and more oil (healthful, unsaturated oil) than other beans, but very little starch. Soybeans can serve as a person's sole source of protein because they contain all eight essential amino acids.

Vegetable soybeans are also fiber-rich, cholesterol-free and nutrient-dense. A cup of cooked edamame contains about 18.5 grams of protein along with B-vitamins, iron, zinc, calcium and other antioxidants.

FOR THE HOME GARDEN

Vegetable soybeans can be grown in the home garden to be used fresh or dried.

The most common type of vegetable soybean grown at home is edamame, of which there are many varieties. Edamame is considered the largest-seed green soybeans.

Other edamame varieties that could be easier to find are Midori Giant, Chiba and Karikachi. There are also black, brown and yellow soybeans, which are used in a variety of products and often sold as dried beans. The Natto group — tiny yellow soybeans — are used for sprouts and for fermentable soybean products.

Kodaizu is a natto variety. Tankuro is a black-seeded variety, and Shinonome, with yellow seeds, can be used to make soymilk and tofu.

When buying edamame seeds, note the number of seeds per packet, which can range from 30-75.

To grow edamame in your home garden, treat it like any other bush bean and plant in a well-drained site with at least 6-8 hours of sunlight per day — the more sun the better.

They can be planted in the ground or in raised beds, and while they can be grown in containers, they will not be as productive.

Wait for the air temperature to be 65 or above before planting; so, plant mid to late May through early July. Low soil temperatures can delay germination and can also affect your germination rates, so wait for things to warm up.

Typically, seed-grown edamame take 70-80 days from planting to harvesting. If you want to have fresh beans for a longer period of time, stagger your planting dates every two weeks. Most edamame plants get fairly large, so space them 3-4 inches apart in the row and make the rows at least 18 inches apart.

For highest yields, have your soil tested prior to planting. Edamame are not drought tolerant and will produce best with an added inch or so of water per week during the growing season. 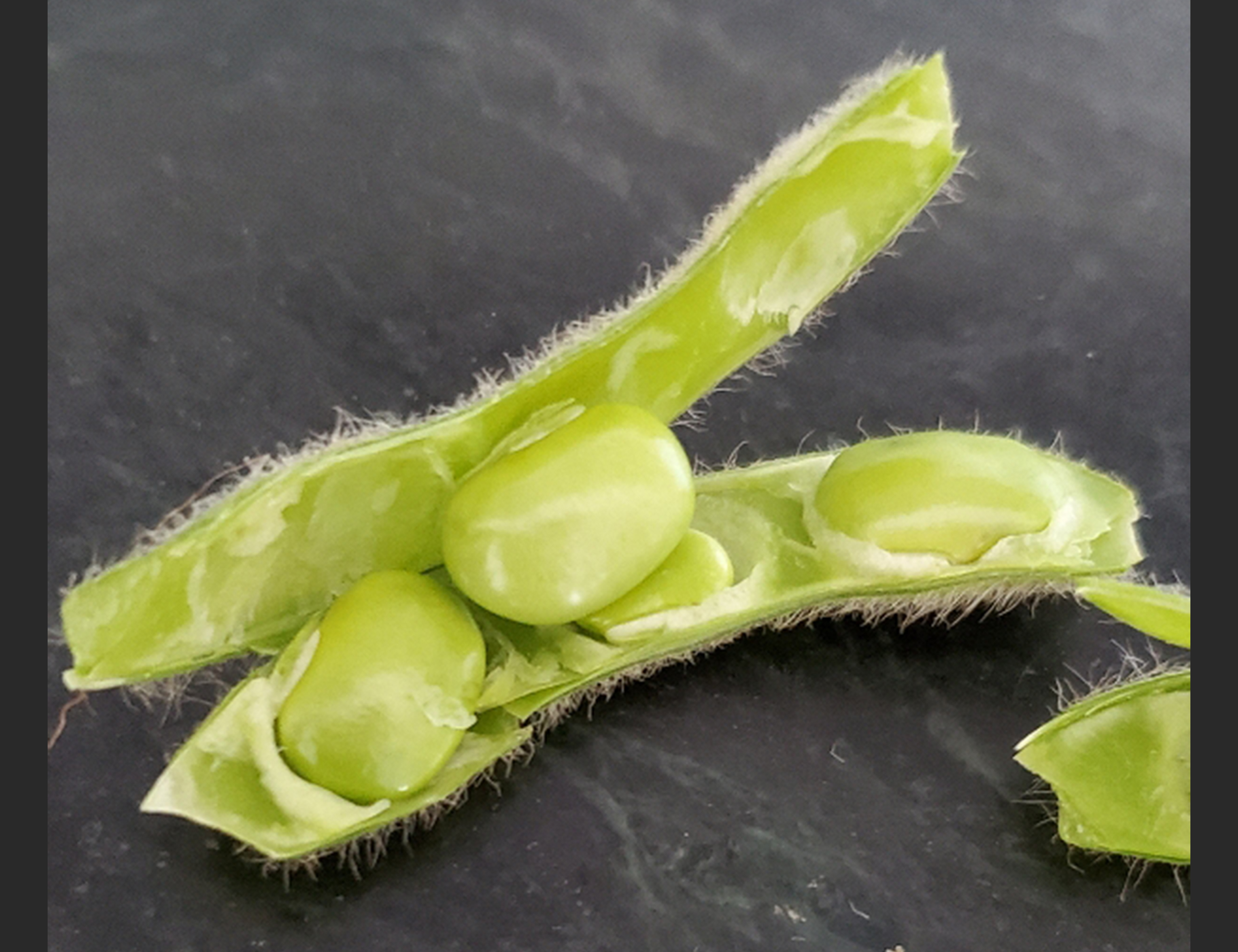 Soybeans, including edamame, are nutritional powerhouses with twice the protein and more oil than other beans but little starch. (Special to the Democrat-Gazette/Karen Ballard)
HOW TO HARVEST

Since edamame are eaten in the fresh, green stage, you need to monitor the pods as they begin to mature. The individual beans within the pods need to be full and just beginning to touch when you harvest them. They will be slightly immature, but if you wait much longer than that to harvest, the sugar content of the beans will decline.

Typically, there are not many insect or disease concerns with edamame plants, but they are a favorite of deer, so if you live in areas with high deer populations, you might want to use deer fencing.

As with any crop grown in your garden, monitor the plants regularly to spot any problems.

Edamame is only one of myriad types of vegetable soybeans that American consumers are discovering. Edamame is not a large commercial farming endeavor in the United States — yet. Arkansas was the first state to begin growing it commercially, in 2012, and a processing plant was opened in Mulberry to handle production and shipping.

Today it is considered a niche industry, with more farms beginning to plant edamame.

Growth in the plant-based food market has exploded and continues to grow. One small family farm in the Delta, B&B Legacy Farms, is working hard to promote vegetable soybeans and their benefits. More information on growing and using soybeans is on their website at bandblegacyfarms.com.