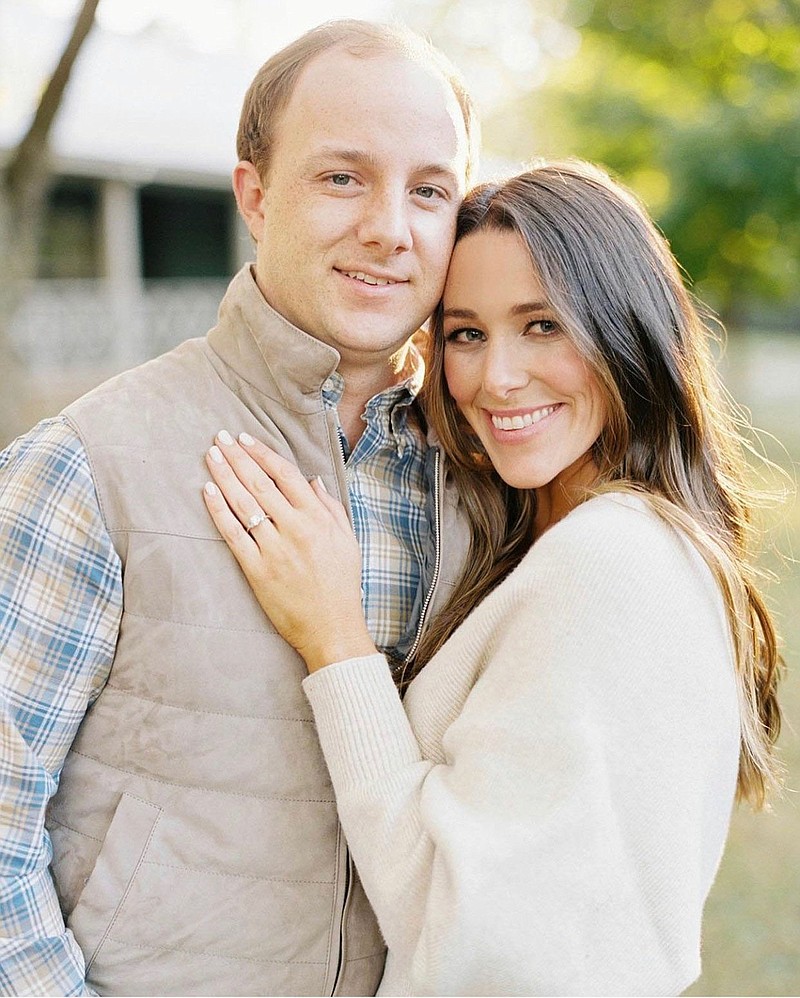 Douglas Ferguson and Amelia Ray for HP engagement announcement to be published Dec. 26, 2021.

Amelia Ann Ray and Douglas Edward Ferguson were united in marriage at 7 p.m. Saturday, May 14, at The Rusty Tractor Vineyard. Officiating was the Rev. Frank Leblanc of Community Presbyterian Church in Forsyth, Mo.

Vows were exchanged in front of a wooden cross draped with white peonies, roses and hydrangeas. Music was by the Arkansas Symphony Orchestra String Quartet.

The bride, who walked down the aisle with her father, wore a fit-and-flare gown of Mikado silk with a portrait neckline and deep-V back. Her cathedral-length veil was embellished with embroidered floral French lace appliques that scattered from midway down the veil and encircled the hand-cut edge. She carried a tight bouquet of white roses, hydrangeas and peonies.

Audrey Dillahunty of Little Rock was her sister's matron of honor. Bridesmaids were Allie Bullock, Anne Marie Doramus, Erin Melton and Kathryn Campbell, stepsister of the bride, all of Little Rock; Taylor Dean of Dallas; Gracie Elliott of Sante Fe, N.M.; Sophie LeBlanc of Nashville, Tenn.; Olivia Moore of Memphis; and Alyssa Perryman of Rogers. They wore gowns in the style of their choice in the color oasis and carried a smaller version of the bridal bouquet.

Flower girl and ring bearer were Josette Kilgore of Baton Rouge, La., niece of the bride, and Davis Dillahunty of Little Rock, nephew of the bride.

The entrance to the reception featured a champagne wall and each guest received a favor of a truffle with the bride and groom's monogram made by Cocoa Belle Chocolates. Music was by Boom Kinetic. Assisting was Brittany Bloom.

The groom attended Colorado University, Denver, and is a superintendent at Corco Construction.

The couple will live in Little Rock after a honeymoon in St. Lucia.