OPINION | ON BOOKS: Big bands recollected in ‘My Life’ 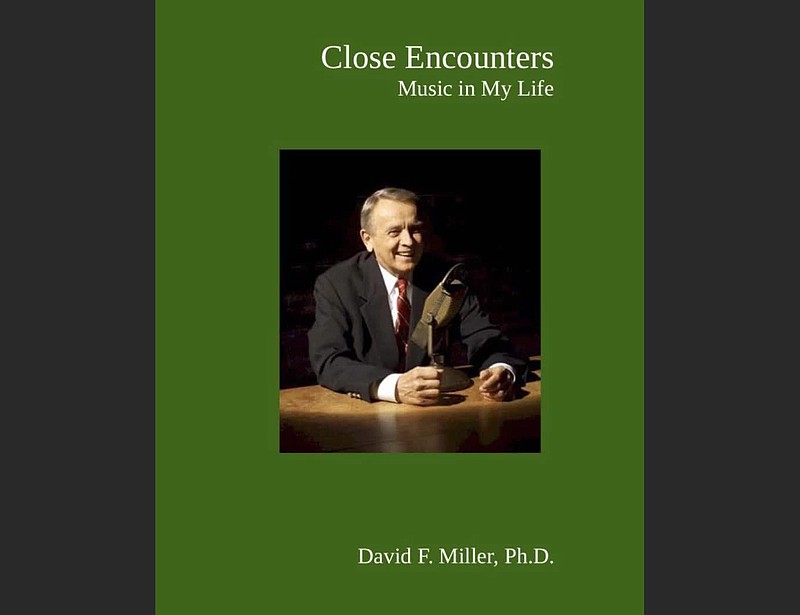 "Close Encounters: Music in My Life" by David F. Miller, Ph.D. ($24.95 at swingindownthelane.com)

The disc jockey was born in January 1935 when Martin Block, a $20-a-week announcer employed by New York’s WNEW 1130-AM, began playing records between updates on the trial of Bruno Hauptmann, accused of kidnapping and murdering the infant son of aviator Charles Lindbergh and his wife, Anne.

After five weeks, the trial was over; Hauptmann was convicted and condemned. And WNEW started a new program it called “Make Believe Ballroom,” in which Block “who had a voice like maple syrup … would have us all believe he was in a huge ballroom with four stages, on which the best orchestras of the day were poised, waiting for him to rotate the stage a quarter-turn and reveal them.”

The quote comes from David Miller, a retired marketing executive who remembers hearing Block when he was 8 years old. It’s found early on in Miller’s just-published memoir “Close Encounters: Music in My Life” ($24.95 at swingindownthelane.com), which serves as a sort of precis of Miller’s remarkable lifelong romance with big band music.

It’s a loose, rambling and chatty book, informed by Miller’s unflagging love of his subject, and it would make a worthwhile addition to the library of anyone with an interest in the history of American popular song.

Those with an interest in 20th-century big band music — specifically that produced by musical ensembles of 10 or more pieces including saxophones, trumpets, trombones, a rhythm section and sometimes vocalists that dominated the American pop music scene from the mid-’20s through the ’40s — will find it near-essential.

Miller’s interest in pop music blossomed early, and he began collecting records and keeping a diary devoted to his favorite songs at age 8. By the 1980s, he’d amassed a collection of more than 9,000 sides. They came in handy when, in 1983, he began producing a weekly show devoted to big band music from his home studio in Little Rock.

At first the program, then called “A Sentimental Journey With David Miller,” was broadcast on a commercial station, North Little Rock’s KAUL. When KAUL changed formats in 1985, the show found a home on Little Rock’s National Public Radio affiliate KUAR 89.1 FM.

Then, in 1989, when the station received a cease and desist order, claiming that a Florida broadcaster had copyrighted “A Sentimental Journey,” the show became “Swingin’ Down the Lane with David Miller.” It now airs weekly on about 40 NPR affiliates around the country.

While Miller was instructed by the original disc jockey, he was never content to simply spin records. He also supplies context and commentary and interviews with musicians.

Much of the book consists of snippets of interviews Miller conducted with everyone from singer Jo Stafford — who, in the pre-Elvis era (before 1955) had more worldwide record sales than any other female artist — to singer/Black cowboy star Herb Jeffries to Big Phat Band leader and arranger Gordon Goodwin.

“Close Encounters” serves as less an autobiography than a record of Miller’s sentimental education in the music he loves; he plans a vacation to bandleader Glenn Miller’s hometown of Clarinda, Iowa, to attend an annual four-day festival and chat up the few surviving members of Miller’s various bands.

(Glenn Miller, no relation to the author, was presumed dead when his plane disappeared over the English Channel in December 1944. Though Miller was in his late 30s and probably would not have been drafted for World War II, he enlisted in the U.S. Army Air Corps out of patriotism and perhaps because it would have been difficult to keep a band together during wartime. While in the Army Air Corps, Miller formed a 50-piece military orchestra that logged more than 800 performances and recorded songs in German to be broadcast as counter-propaganda denouncing fascist oppression in Europe.)

While probably more value as a primary source than a critical analysis, Miller’s book is charming and highly digestible. He liberally drops in snapshots of his encounters with these artists, and his fanboy enthusiasm is somehow contagious.

The Swing Era is now mostly (mis)remembered for dance culture and fashions — two-toned spectator shoes and sweetheart necklines — and some proponents of cool jazz and bebop might view its detailed arrangements and reliance on written compositions (as opposed to improvisation) as training-wheel jazz.

But there’s no doubt that Miller knows it and loves it, and that combination of expertise and passion elevates “Close Encounters: Music in My Life” from the ranks of the typical successful person’s benedictory reminiscence. 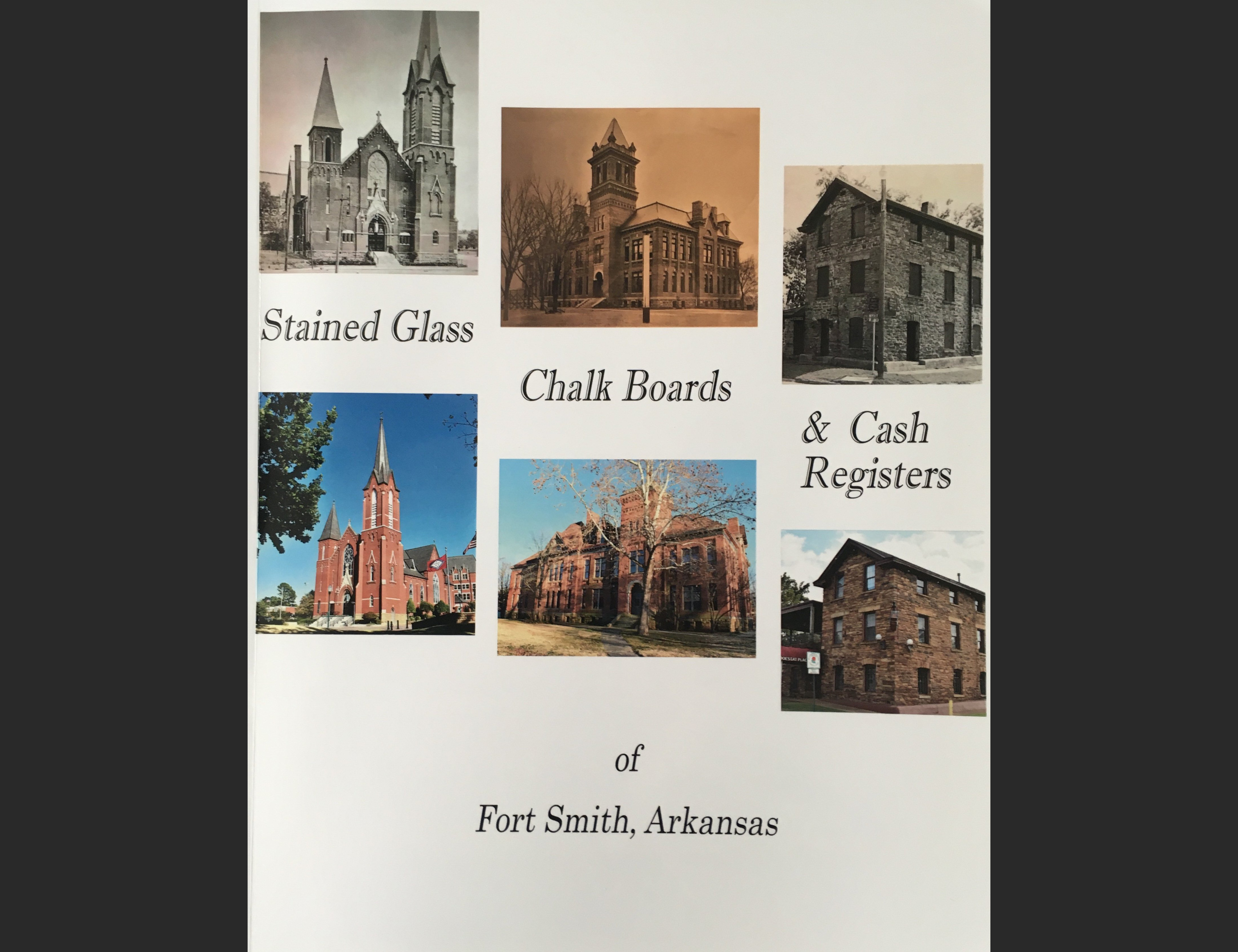 "Stained Glass, Chalk Boards & Cash Registers of Fort Smith, Arkansas" by Wayne Bledsoe, Jim Kreuz and John Lehnen
With those who pay for architectural services more and more drawn to the economies of boxes and smooth surfaces, every town should arm its witnesses and noticers with cameras to document the slide into mediocrity.

“Stained Glass, Chalk Boards & Cash Registers of Fort Smith, Arkansas,” a photo survey of some of the more character-ful buildings of the western outpost, is such a melancholy record.

Retired schoolteacher Wayne Bledsoe, retired chemical engineer Jim Kreuz and John Lehnen, a self-described Fort Smithian, are the authors of this photographic tour of 129 “exquisite, ornate” buildings that “survived the ‘wave of progress’ in the 1960s.” Their working thesis is that no other town in Arkansas contains so much architectural diversity; this book makes their case.

Most of the places documented in these pages were built before 1940, with the Fort Smith National Historic Site, established around 1817, the earliest structure catalogued. More recently built entries include a couple of midcentury bank buildings and public schools — Southside High School (1963) and Ramsey Middle School (1954).

Each entry is accompanied by a couple of paragraphs of explanatory text, and often there are context-providing archival photographs.

The authors say they arranged the book as a hypothetical driving tour and almost — but not quite — apologize for not providing a map. (A map would have been nice, fellas.) Use your phone, they say. Fair enough, I guess.

It is something of a point of civic pride that these eccentric old buildings are still standing, but the future isn’t promised. The very last entry is a two-page spread on 98-year-old St. Scholastica Monastery in Fort Smith, which — barring a miracle — is scheduled to be demolished very soon.