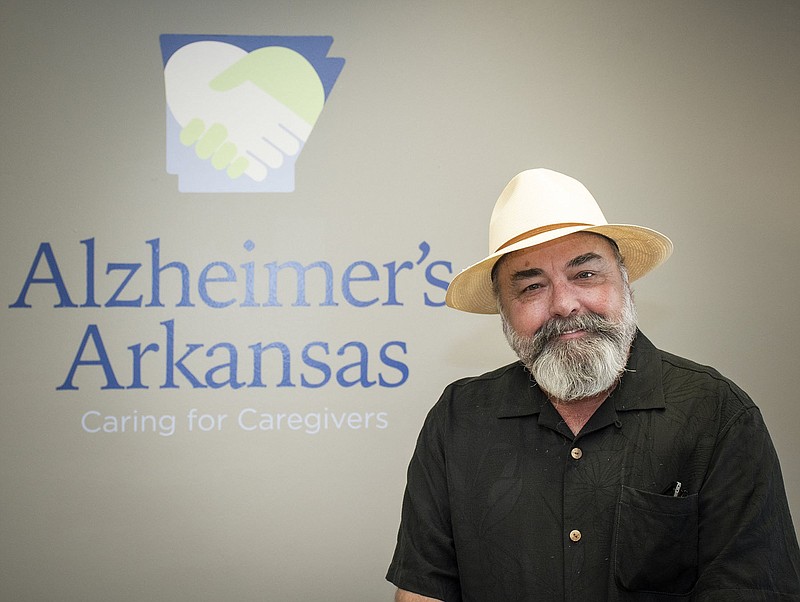 Ken Compton's empathy toward caregivers led him to Alzheimer's Arkansas.

Compton's father, J.T. Compton, was the primary caregiver for his mother, Norma Compton, for several years after she was diagnosed with Alzheimer's disease in 2010.

"I saw all the struggles he went through and how hard it was on him," Ken Compton says. "A lot of times the caregivers get lost in the care for the patient and they really don't have anyone there to take care of them."

Compton, an investor at JTK Investments, began going to some of Alzheimer's Arkansas fundraisers after his mother was diagnosed. It didn't take long for him to get involved in fundraising efforts. He joined the Alzheimer's Arkansas board of directors about four years ago.

"Alzheimer's Arkansas is a wonderful organization," he says. "There are other organizations that focus mostly on cures or research and that sort of thing, but what we do is we focus on providing services for the caregiver."

Compton will be honored as volunteer of the year at Alzheimer's Arkansas Champions of the Year, the organization's largest annual fundraiser.

In addition to a program honoring community supporters, caregivers and volunteers, there will be dinner and live and silent auctions, with auction items including fishing trips, accommodations in vacation homes and more. Music will be provided by rhythm and blues band SYNRG.

Homer Feltner, who cares for his wife, Mary, is this year's caregiver champion honoree. CareLink, a nonprofit agency founded in 1979, will be recognized as Alzheimer's Arkansas' community partner champion. CareLink is the Area Agency on Aging for Central Arkansas, offering financial assistance for caregivers to cover the expense of respite care for senior citizens with chronic illnesses as well as other resources to help caregivers.

Quinn Grovey, former Arkansas Razorback quarterback who led the team to Southwest Conference Championships in 1988 and 1989, is to be the guest speaker. Grovey is senior development director for the Razorback Foundation.

Former Razorback Muskie Harris, founder of Muskie Harris Recovery Service and active philanthropist and volunteer, will serve as the Champions of the Year moderator.

"This will be the first event we've had in a couple of years so we're really looking forward to it," Compton says.

Compton says his family had resources to help with his mother's care, but he knows that isn't the case for everyone who has a loved one affected by Alzheimer's disease.

"Our whole family has been fortunate and my dad was able to provide good care for her, with some help," Compton says.

There are more resources and services available for Alzheimer's patients and their families in Central Arkansas than there are in rural parts of the state, he points out, like in Stone County where the Comptons lived before moving to Little Rock several years ago.

The journey from the diagnosis through the progression of Alzheimer's takes a toll on everyone involved, and those resources and services are often critical to their success.

Compton's mother was a counselor. For several years, her practice in Little Rock focused on helping the families of elderly patients.

"That was one of the many ironies," he says. "My mother was kind of a special woman. She had a master's and two doctorates, and to watch her mind deteriorate ... it was really a tragedy."

He and his family had noticed some unusual behaviors by his mother beginning when she was in her late 60s. She had been fastidious about maintaining a healthy lifestyle, but she began eating cheese sandwiches and ice cream, for example. She was in her early 70s when she was diagnosed.

Her professional knowledge was not a benefit after she became ill, however, Compton says.

"I don't think she ever came to grips that anything was wrong with her," he says. "My mom was very self-assured. That was just a part of her personality. I think sometimes personalities change and sometimes portions of people's personalities get magnified."

Covid created complications for patients as well as their caregivers, interfering with care and with daily routines and leaving them more isolated than usual. His father lived in an apartment in a memory care center with his mother, but the rest of the family was not allowed visits for long periods of time.

The pandemic also created fundraising challenges, but Compton has high praise for the staff at Alzheimer's Arkansas.

"I would like to give a shout out to them. They have done a tremendous job, through some really trying times with covid," he says. "We weren't able to have events so our fundraising kind of dropped and they still managed, under some pretty tough circumstances, to keep everything going and provide the funds to allow all the caretakers to do what they do."

Funding woes are easing a bit as of late.

More information about Alzheimer's Arkansas Champions of the Year event is available at alzark.org/give/champions/.