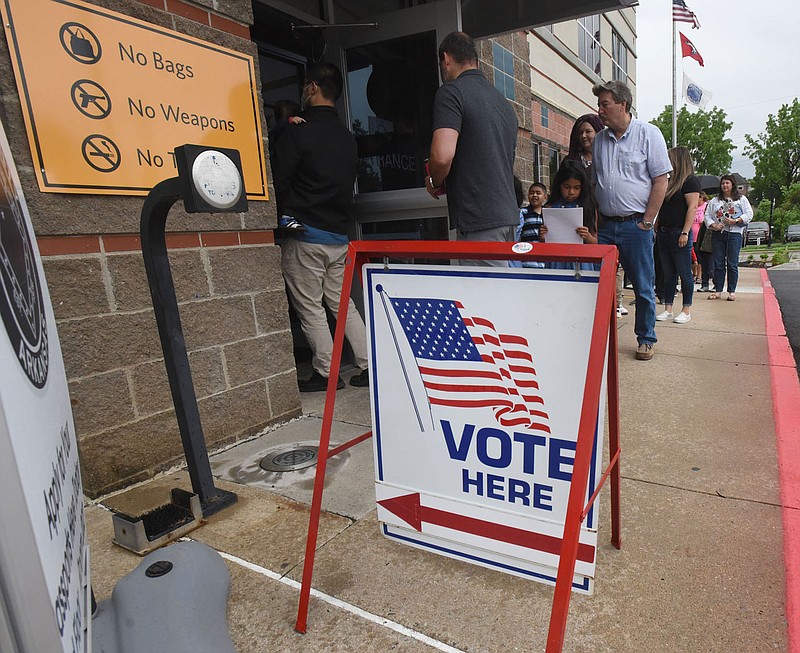 Election officials said the pace remained steady in the second week of early voting for the May 24 primary election.

"We haven't hit 300 voters in a single location on any day so far," Kim Dennison, Benton County election coordinator, said Friday. "We've had no problems. It's gone really well. It's just crazy how quiet it's been."

"Our numbers have been back and forth this week, but we've already cast more ballots than we did in 2018," Jennifer Price, executive director for the Washington County Election Commission, said Friday.

There was no waiting line for voters at the Washington County Courthouse on Friday morning.

Mickey Jackson of Springdale said he took advantage of the early voting period because he will be working Tuesday and didn't want to be rushed or miss the opportunity to vote. Jackson said he has voted on Election Day and in early voting in the past and prefers the early voting.

"I got in and out with no problems and no lines," he said.

Chris Guinn of Springdale said he always votes during the early voting period.

"It's just easier with no waiting," Guinn said.

Early voting in Sebastian County was slightly behind the pace of 2018, according to Meghan Hassler, election coordinator.

Sebastian County records show 5,380 votes cast in the first 10 days of early voting this year. That compares to 5,391 in the same 10 days of 2018. Hassler said the number of registered voters in Sebastian County has remained steady at about 70,000.

Hassler said early voting typically begins with a high number on the first day then slows through the next several days of early voting. She said the last Friday of early voting and the Monday before Election Day usually see a higher voter turnout.

Bill Coleman, Crawford County Election Commission chairman, said early voting in the county was going well, but said the pace of voting was slower than he had anticipated. 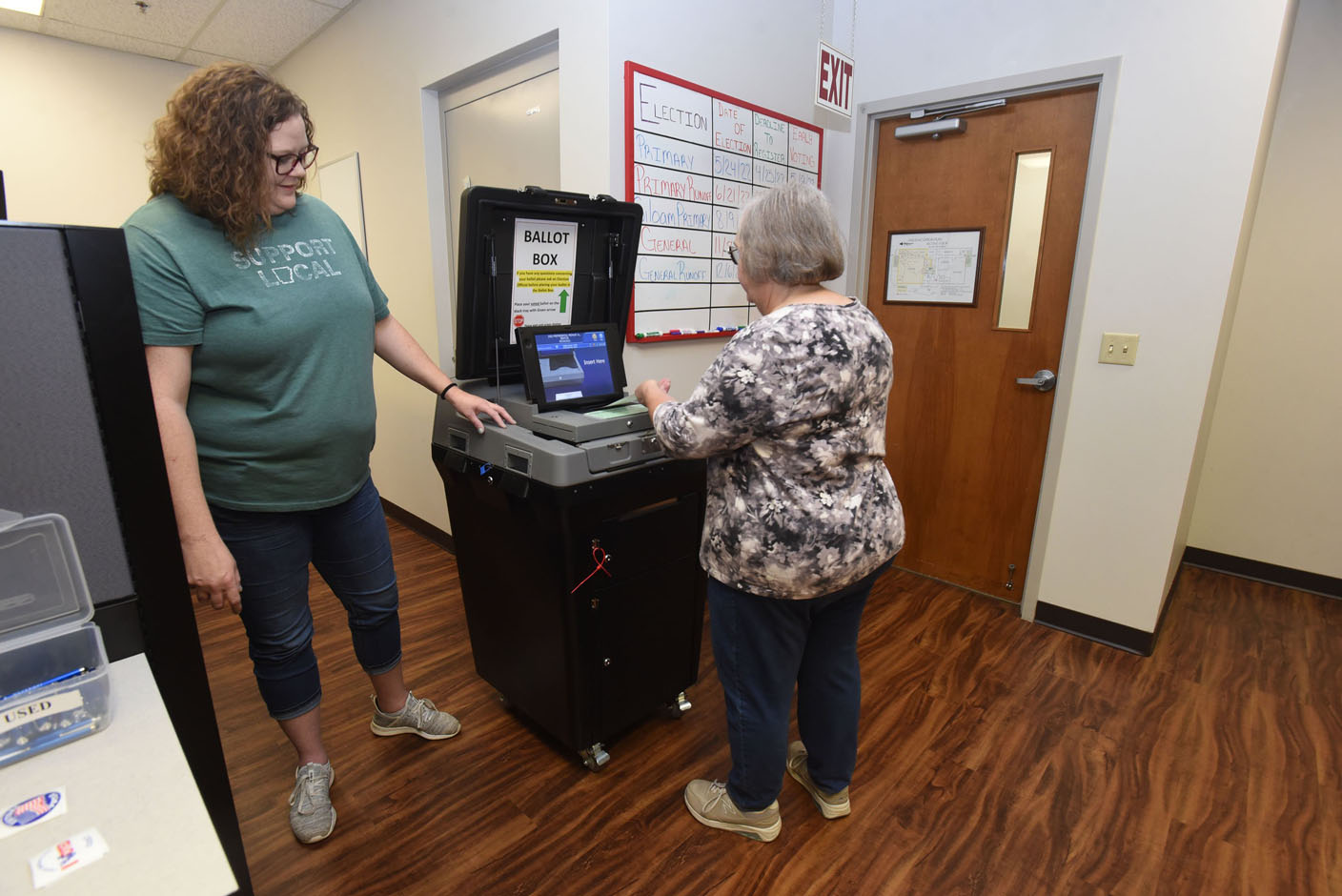 Early voting for the May 24 party primary election began May 9 and will continue until Monday. Registered voters can cast their ballots at any vote center in the county they are registered in. Voters must present an accepted form of identification. Documents and identification cards that will be accepted as verification of voter registration include but are not limited to: