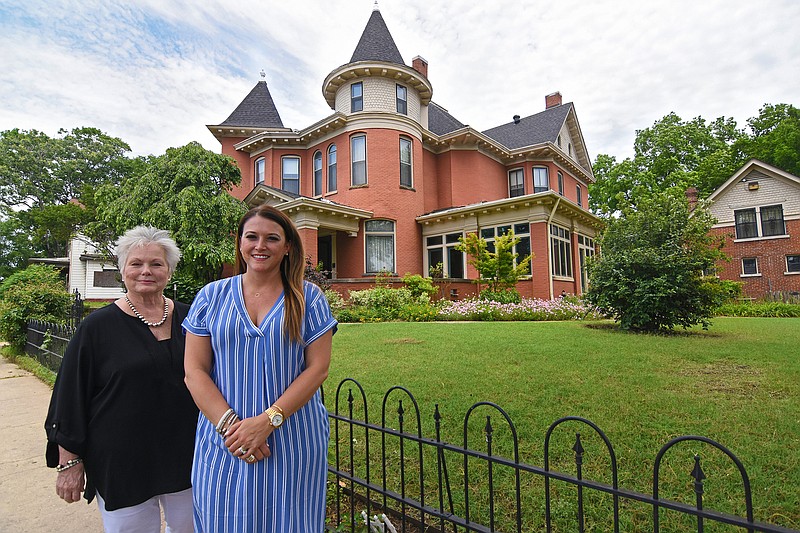 In Arkansas, and across the U.S., the housing market is reaching an affordability crisis that is squeezing out many buyers as home prices continue to soar and mortgage-rate increases are zapping family budgets.

Home prices in Arkansas have jumped an average of at least 15% year over year -- and Realtors and industry observers note pricing likely has not peaked -- while 30-year mortgages are at their highest level in more than a decade, with forecasts predicting more interest rate hikes through 2023.

Mortgage rates were about 3% at the beginning of the year and they're now well above 5%.

Those factors, combined with lower housing inventories and investors flooding the market with cash offers, are creating hazardous conditions for many individual homebuyers.

In effect, the American dream of home ownership appears to be turning into a pipe dream for many buyers today. "This is a market like we've never seen before," says Carolyn Cobb, who has 20 years in the industry and works the Central Arkansas market for Coldwell Banker RPM.

"The dream of owning your own home and creating wealth for your family is getting harder to achieve," she added.

The percentage of average wages required to buy a home is at the highest level in nearly 15 years, according to Attom Data Solutions, a real estate data company that tracks national housing and foreclosure data.

Attom found that "median-priced single-family homes are less affordable in 79% of counties across the nation" that were surveyed in the company's first quarter analysis of pricing. That compares to 38% in last year's first quarter.

Many buyers are feeling the pinch.

"It's certainly no surprise that affordability is more challenging today for prospective homebuyers than a year ago," said Rick Sharga, Attom's executive vice president of market intelligence. "Historically low mortgage rates and higher wages helped offset rising home prices over the past few years, but as home prices continue to soar and interest rates approach 5% on a 30-year fixed-rate loan, more consumers are going to struggle to find a property they can comfortably afford."

Attom's affordability index is calculated by the amount of income needed to meet monthly home ownership expenses for a median-priced, single-family home. It also assumes a 20% down payment. The index then compares the required income against annualized average weekly wage data from the U.S. Bureau of Labor Statistics.

Prices and interest rates continue to march up. Attom reports that prices shot up more than 20% in Benton and Washington counties in the first quarter of this year while prices leaped 23.2% in Saline County, home to the robust growth cities of Benton and Bryant.

Nevertheless, sales are rocketing up. Benton and Washington counties saw a record number of homes sold during the last half of 2021 though listings were at the highest average prices ever, according to Arvest Bank's Skyline Report, released in March.

"People are really desperate to get into a home," said Maria Lau, an Arvest senior vice president who has worked in the home real estate sector for more than 25 years. "I've never seen anything as crazy as it is right now."

Arkansas, however, is in "slightly better shape" than the nation as a whole, Sharga said.

Overall, home ownership costs are lower in Arkansas, with the costliest area – Washington County – requiring 26.6% of average wages to buy a home, according to the Attom report. That's on par with the national average of 26.6%. About 25% of wages were devoted to home costs – including mortgage, property taxes and insurance – in Saline County.

Between 25% and 30% of gross income is the rule of thumb most lenders recommend that homebuyers devote to a mortgage, though some are willing to extend that to 40%, Sharga said.

Lower inventory of available homes is exacerbating the pricing crisis and creating a market where demand is outpacing the supply of homes, which is either pushing many buyers out of the market or creating greater pressure on their family budgets.

"For a number of years, while we were dealing with historically low mortgage rates, they compensated for rapidly rising home prices," Sharga said. "There's certainly a demand-supply imbalance. And the other issue is there's little available at the entry level."

At Arvest Bank, Lau says the situation is the most challenging she's seen. "Inventory shortage is a huge problem and rising interest rates are a problem," she said.

Either issue on its own would be a challenge that could be overcome. Together, they create affordability issues for a lot of buyers. "It's kind of a double-whammy," Lau added.

Cobb at Coldwell Banker says housing stock is down and there are fewer choices for buyers. "We just have a need for inventory," she said. "We've never seen it like this."

Market data compiled by the Little Rock Realtors Association shows residential listings have declined every month since April 2021 compared with the same month in the prior year. For instance, listings last month plummeted 20% compared with last year.

Another ingredient destroying affordability includes cash offers that are flooding the market, most frequently from out-of-state investors willing to pay above the listing price and without any contingencies such as appraisals. "It's an interesting concept that we've not had to deal with before," Cobb said.

Cash offers drive up prices and push local buyers out of the bidding process. "This is a market where people are willing to pay 10 or 20 or 30,000 (dollars) above listing price," Cobb added. "That's new for all of us."

The topsy-turvy market is reversing the traditional nature of real-estate transactions, according to Angie Johnson, managing broker of Crye-Leike in Benton.

Traditionally, a seller would pitch in and pick up some costs a buyer would pay, such as closing fees. Now, sellers rule and they're asking buyers to pick up many transaction costs. "That's really been a turn from what we're used to seeing," Johnson said.

First-time buyers, who generally enter at the lower end of the market, "are really hurt the most" by current conditions, Johnson added, noting that those families are finding it harder to find a home at a price they can afford.

Beginning Monday, a new real estate company enters the Little Rock market with hopes of providing relief to the average homebuyer by allowing them to make all-cash offers. The company claims its offering will help put individual buyers on equal footing with investors that are able to throw cash at home sellers.

Ribbon gives homebuyers the freedom to waive mortgage, appraisal, and home-sale contingencies. Little Rock joins other metro areas where the company operates: North Carolina, South Carolina, Texas, Tennessee, Georgia, Florida, Alabama, Missouri, Oklahoma, Virginia and Indiana, with plans to expand to half of the U.S. by the end of 2022.

Ribbon says it will allow any buyer to qualify to make a cash offer without contingencies. "That moves the everyday family to the very top of the stack and gives them an opportunity to win," said Shaival Shah, chief executive officer and co-founder of Ribbon.

The company enters the Central Arkansas market through a partnership with Crye-Leike.

"It's going to be a real game-changer for us," said Johnson of Crye-Leike. "This program really removes contingencies from an offer."

The initiative, she said, also could boost housing inventories by motivating more potential sellers who are sitting on the sidelines to come into the market with a listing. Many have waited because they have to sell their home before buying a new one and, in today's market, few sellers are accepting such a contingency offer.

"Those people will be able to put their houses on the market and buy another one with a cash offer and no contingencies," Johnson said. "It also allows them to compete with other cash offers."

As buyers navigate the disorderly market, industry officials caution against sitting it out and waiting for conditions to improve. Instead, that strategy most likely will cost more in the long run, according to Sharga of Attom. For example, the average home purchased today costs upwards of 30% more than it would have a year ago.