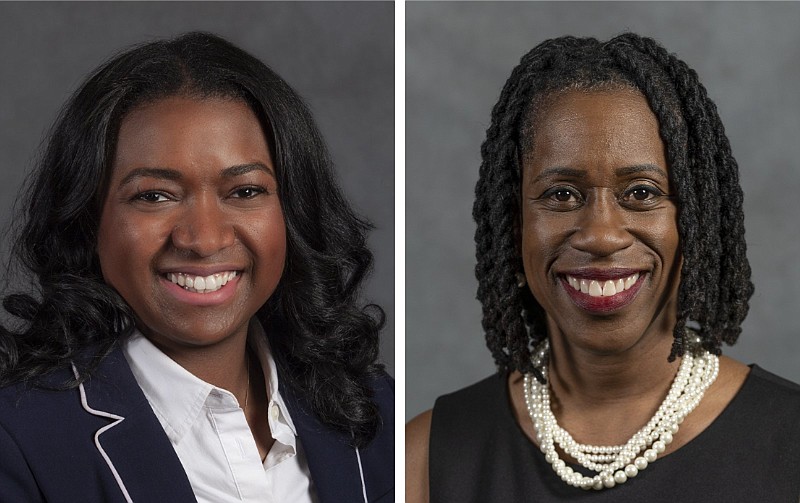 Two attorneys, both with a demonstrated commitment to public service, are competing to replace the retiring Alice Gray, the senior judge in the Little Rock-based 6th Judicial Circuit of Pulaski and Perry counties. Voters will decide Gray's successor in Tuesday's election, with early voting concluding Monday.

The ballot position is formally described as Circuit Judge, District 6, Division 12, Subdistrict 6.1. Under the federal Hunt Decree lawsuit settlement, the only qualified voters are residents of the southwestern third of Pulaski County.

The candidates are Cara Connors, a former prosecutor now in private practice, and Brenda Stallings, a public defender practicing in the circuit's juvenile courts.

According to the Arkansas Secretary of State, Stallings has received $47,086 in contributions while spending $54,271, while Connors has raised $66,149 and spent $56,245. Connors' campaign website is www.caraconnorsforjudge.com, and Stallings has www.electbrenda.com.

Stallings, 50, has been licensed since 1996, spending the past 20 years as a public defender in juvenile court. She describes the work as a calling "to help the families and children that come before the courts. And when I say protect the family and children, I mean one, protect their constitutional rights, but two, also look at true rehabilitation for the children and help for the families."

Stallings said her 25-year legal career translates into more than 20,000 cases worked in all areas of the justice system, including family law, probate, civil and criminal law, even all the way to traffic court.

"I've been behind the scenes and I've been in front of the court. I have the connection to the community, extensive volunteer experience and long legal career," she said.

A noted marathon runner, Stallings, who is raising her 17-year-old nephew, has also done extensive volunteer work, devoting her efforts to establishing an ongoing college scholarship, Race for the Cure, the Downtown Neighborhood, East End Neighborhood and Dunbar Neighborhood associations, among others.

Stallings said she discovered a love of public speaking as a sixth-grader called on to address her class, with her interest in pursing a law degree kindled by seeing black actor Blair Underwood portraying a lawyer on the NBC legal drama "L.A. Law."

Stallings, a 12-year adjunct professor at Little Rock's Bowen law school, said as a public defender, she's limited in who she can help because her clients are appointed. But as a judge, Stallings said she can reach an even broader base of people who need assistance.

"I am community-driven. I believe in the community and I believe it is important for judges to have a connection to the community," said Stallings, the only candidate living in the Hunt Decree district. "I am running to serve the people ... to represent the community and be the person on the bench that people can look up to, who they know they will be respected by."

Connors, a Memphis native and graduate of Hendrix College and Little Rock's Bowen law school, said she's the better candidate because she brings a broader base of experience to the race. She said she decided on a legal career after a college professor encouraged her to devote her energies to the justice system,

Connors' work as a Pulaski County prosecutor in juvenile court, property crimes and drug cases afforded her extensive trial experience, she said. She has worked further as a parole-board revocation hearing judge, served on the Little Rock Civil Service Commission under the last two mayors, has been a member of the Pulaski County Planning Commission and served as a special judge in Little Rock District Court.

The 37-year-old married mother of two, whose legal work has been recognized by AY magazine, Arkansas Life and Arkansas Business, Connors said she wants to be a judge to make sure more people are treated fairly in the court system.

"I have run into so many brick walls and obstacles, feeling like my clients interests were not fairly weighed in the decision-making process," she said.

She said she's seen too many judges who don't appear to see her clients, especially the poor and marginalized.

"I bring a well-rounded cultural context to the bench. I have the experience, not only personal, but legal, that gives me the ability to make fair decisions ... and to see people, to see individuals as they are," Connors said. "That's why I'm running. I feel like people get overlooked and denied access based on the number of resources they have. I just want to change that."