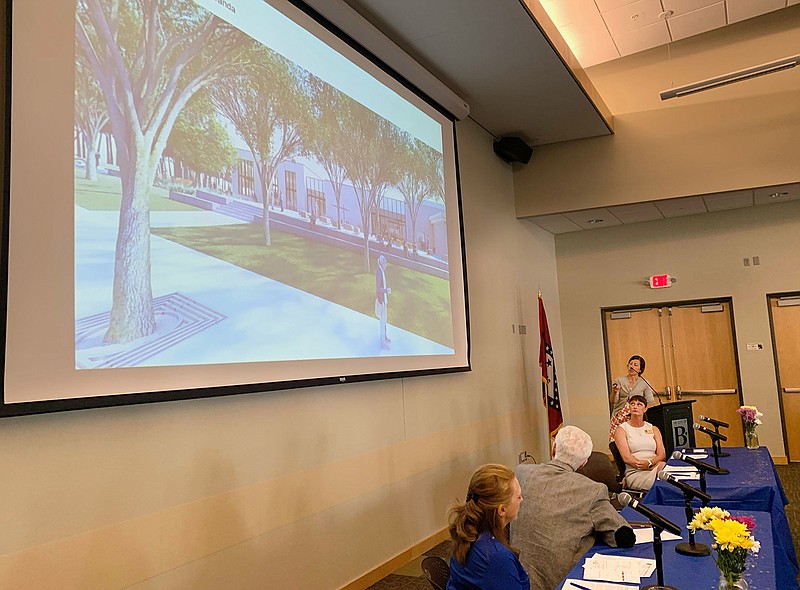 Kristilyn Vercruysse with MSR Design in Minneapolis shows an image of the exterior of a planned expansion of the Bentonville Public Library Wednesday, May 18, 2022, during a public unveiling of design and fundraising details about the project at the library in downtown Bentonville. Groundbreaking is planned for spring of 2023. Visit nwaonline.com/220519Daily/ for today's photo gallery. (NWA Democrat-Gazette/Andy Shupe)

More than 40 people gathered for the lunch presentation in the library's Walmart Community Room. A second Big Reveal event was held at 5:30 p.m. The meetings, which were hosted by the Bentonville Library Foundation, were for library supporters, library affiliate groups and community leaders.

Kristilyn Vercruysse with Minneapolis-based MSR Design said this was the first time, even for library director Hadi Dudley, to see the updated version of what things will look like.

Vercruysse presented interior and exterior concepts and the floor design. She noted things could change as the process moves along. Plans show many windows that give the inside an airy feel.

MSR took inspiration from the community's natural and cultural environment. Highlights of the renderings include a "gracious" entry with a community hub, a makerspace and an updated veranda, Vercruysse said.

The design development phase has started and is about 30% complete, Vercruysse said. Preparing construction documents will be the next phase.

Design development is a review and development of the schematic design that incorporates the integration of the other building systems -- mechanical, electrical, structural, plumbing -- as well as confirming and refining the building program with the client and staff, Vercruysse said.

"I love MSR's new renderings, and although some of them are new, even to me this week, I am most excited to share them with our dedicated supporters and the community," said Dudley, who also praised the professional work team of MSR Design, Hight Jackson Associates and Flintco.

The goal is to enhance the experience for library visitors, Dudley said.

"It's an invitation to come in," she said.

Construction is expected to begin in summer 2023 with a grand opening in summer 2025, according to Wednesday's presentation.

The money raised will be added to the city's bond proceeds of $4.5 million for the expansion project.

The expansion is part of the city's $266 million bond plan for capital projects and bond refinancing voters approved last April. Passage of the bond shows the community supports the library, Mayor Stephanie Orman told the gathering.

Dudley said the foundation and city officials will work together to find ways to bring in the extra $1.7 million that cropped up since the expansion was first announced.

The library, at 405 S. Main St., opened in October 2006. It was a $9 million project. The foundation raised $7 million through contributions from individuals, corporations and foundations. The city committed $2 million, Dudley said. 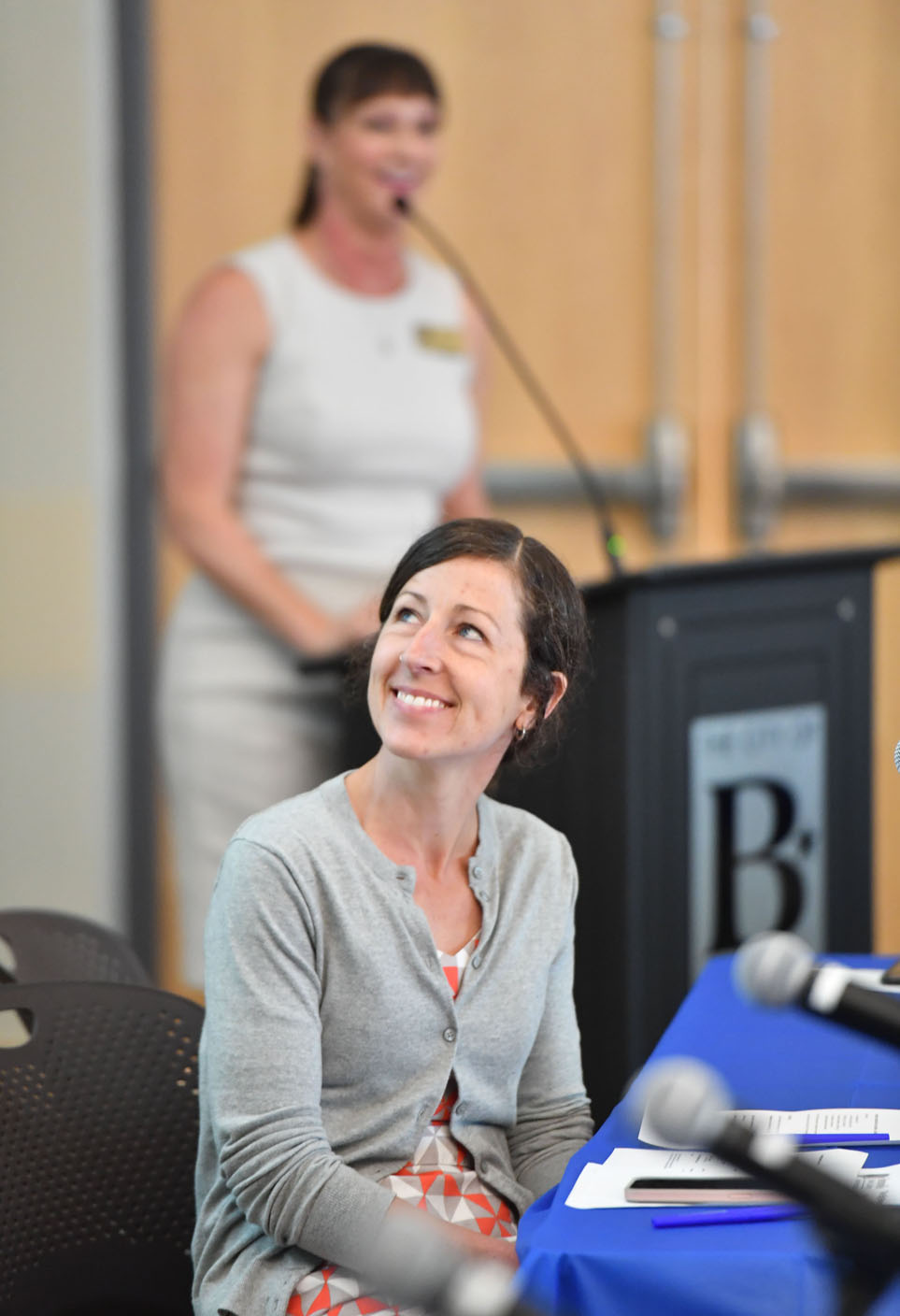