Raitt, Williams: Long may they run 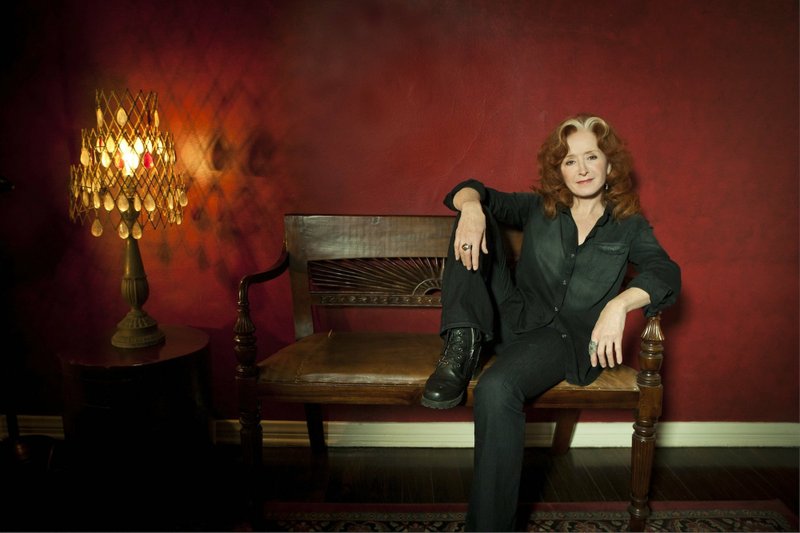 Traditionally, you don’t retire from the blues. Bobby Rush is still out there at 87. (He won a Grammy when he was 83.) B.B. King gave his last performance when he was 86. Cedell Davis was touring at 88.

Bonnie Raitt is 72; Lucinda Williams, 69. Long may they run.

Monday night’s show at Little Rock’s Robinson Center proved both women have a lot left in the tank. So much that Raitt was still playing when we slipped out the door in order to try to make deadline. She might still be playing as you read this.

The juxtaposition of these two blues-inspired artists is interesting, and there are some differences worth discussing. Lu’s blues — and they really are more blues than Americana/country/pop these days — have a rawer edge to them now than they did in the “Car Wheels on a Gravel Road” era.

Her singing, as we observed last year when she opened for Jason Isbell and the 400 Unit at an outdoor concert on the riverfront, has never been better. Most vocalists go through stages with their instrument — Bob Dylan might be the prime example but compare the wild high keening Elvis of the Sun Sessions to the Vegas crooner — and Williams seems to have graduated into full-blown diva, with a power and confidence that makes some of her earlier efforts seem tremulous.

Even as she continues to recover from her November 2020 stroke, which is requiring her to re-learn guitar (with the help of some rehab folks — “not that kind of rehab,” she cracked — at Vanderbilt), her vocals remain strong.

Her set was chatty, filled with familiar tunes (“Car Wheels,” “Pineola”and Memphis Minnie’s “You Can’t Rule Me”) and the sort of hometown crowd was as supportive of her as usual backing band, Buick 6, comprised of drummer Butch Norton, bassist David Sutton and guitarist Stuart Mathis, who have since 2014 abetted her both on the road and in the studio. They were supplemented by an extra guitarist and keyboardist, whose name (Google wouldn’t give it up) was Jim Something.

Raitt, whose father was one of the prime Broadway musical stars of the post-war era, is a precision singer, and her slide guitar chops are not exaggerated. In an alternate world she might have been something like a female Boz Scaggs, but she never had the requisite three-year hot streak.

Instead she spread out her hits and won a reputation as a musician’s musician (and escaped being lumped in with the yacht rock crew). She played a number of her hits — “Nick of Time,” John Hiatt’s “Something to Talk About” and leaned into material off her new album as she put her band through its paces, including bits of Afro-pop, reggae and straight-ahead rock, while never wandering too far away from her Delta Blues base.