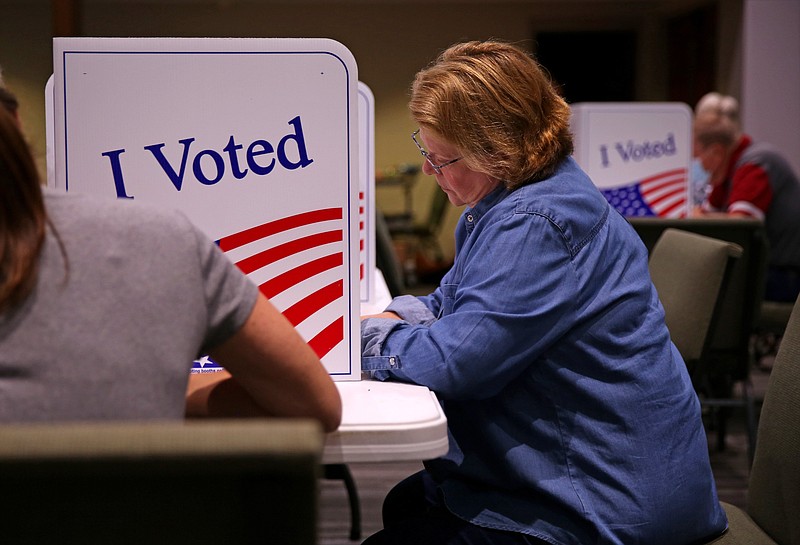 Vicki Matthews casts her vote at the polling station inside the Central Baptist Church in North Little Rock on Tuesday, May 24, 2022. (Arkansas Democrat-Gazette/Colin Murphey)

Arkansas’ primary election on Tuesday selected party nominees for a variety of state, federal and local elections and decided the winners of some nonpartisan judicial and prosecuting attorney races.

It also set up run-offs in some races in which no candidate won a majority of the vote.

Who won on Tuesday?

Sen. John Boozman fended off several challengers in the Republican primary for his Senate seat and will face off in November against Natalie James, who won the Democratic primary.

Who lost on Tuesday?

Who is headed to a runoff?

There will be a statewide runoff in the nonpartisan race for Position 2 on the Arkansas Supreme Court.

For more results, check out our elections page, and sign up for our politics newsletter to get elections and government news in your inbox every weekday.