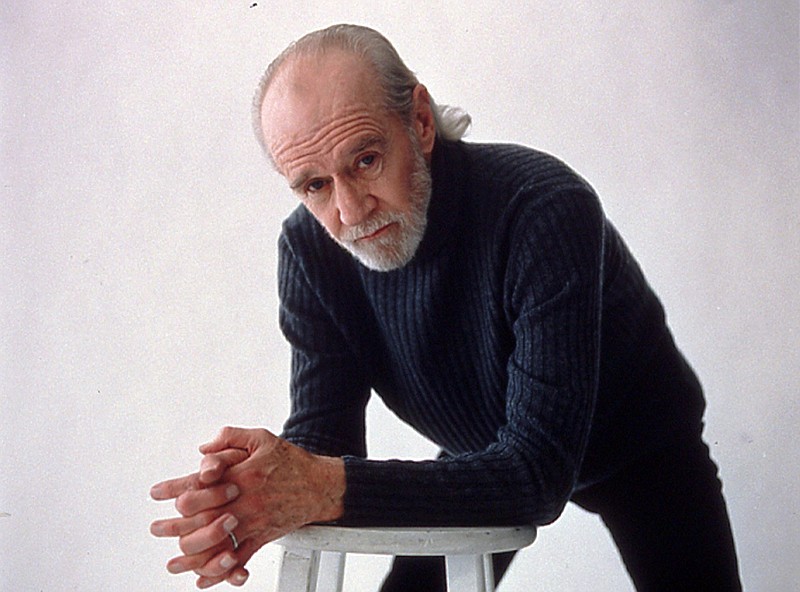 NEW YORK — For comedians of a certain age, there was one album that was worn out on the turntable, dutifully memorized and acted out. That was George Carlin's signature "Class Clown."

"The way George Carlin looked at the world and broke it down taught so many of us how to be comedians," said Judd Apatow. "He injected the software into our brains about how to think as a comic."

Apatow and Michael Bonfiglio have teamed up to honor Carlin, the dean of counterculture comedians, by directing the two-part HBO documentary "George Carlin's American Dream," now airing on HBO.

"For most people, he is on our Mount Rushmore of comedy," said Apatow, whose contributions include "The 40-Year Old Virgin" and "Knocked Up." "He is definitely one of the best thinkers but also writers and performers that comedy has ever had."

The documentary traces the rise and multiple rebirths of Carlin, from mainstream, groomed comic in a skinny tie and slicked-back hair to bearded, long-haired provocateur.

That change — from playing a mocking hippie-dippy weatherman on variety shows to a more authentic comedian talking about power, language and human foibles — took its toll.

"He took a big hit financially," Apatow said. "He was making $12,500 a week in Las Vegas in the late '60s. That's crazy money. And it went from that to getting paid almost nothing in coffeehouses in Greenwich Village."

The documentary also plainly discusses Carlin's wicked coke habit and personal turmoil. Kelly Carlin, the comedian's daughter, would have it no other way.

"I think we're all better off when we take people off a pedestal — not to take them down, but to raise ourselves up to their level. We are all humans here trying to figure out our way," said Kelly Carlin, who co-executive produced the series.

Carlin's biting insights on life and language reached its zenith with his "Seven Words You Can Never Say On TV" routine, which appeared on "Class Clown." When he uttered all seven at a show in Milwaukee in 1972, he was arrested for disturbing the peace.

When the words were played on a New York radio station, they resulted in a Supreme Court ruling in 1978 upholding the government's authority to sanction stations for broadcasting offensive language. "It's extraordinary that his material actually created a new category of speech in our country," Bonfiglio said.

The HBO portrait is wonderfully enhanced by the Carlin archives, which include Post-It notes of joke ideas, scripts, home footage, letters and TV clips. Carlin held onto everything, from an Air Force letter kicking him out of the service to the legal papers his mother filed to divorce her abusive husband. The filmmakers also got lucky when they discovered 23 hours of brutally honest interviews he did for an autobiography.

Kelly Carlin wanted to put it all in the right hands. She says she found in Apatow a great storyteller and one who tells them from his heart. She was a particular fan of his four-hour 2018 HBO documentary on comedian Garry Shandling.

"I knew that Judd was working through his own grief around it, but also brought to the world the pieces of Garry that Garry would have never shared — did never share out loud or directly, was reticent to share — but did it in a way that was so respectful and let people see the full man," she said.

"So I knew 100% that Judd was going to do my father's career right, the story part of it, and that he was going to take care of the more tender parts of this man's story in a way with real respect."

Kelly Carlin said she actually leaned a few things from the documentary, like the savvy way her dad got a spot on the show "Tony Orlando and Dawn" to keep his profile up during a lean patch and how he handled interviews.

"Any time when he was interviewed, whether it was the bigger interviews or even the small interviews with college kids, he would reveal something about his heart or his thinking or his intention," she said. "I always loved a glimpse of that because my dad and I didn't have a lot of those conversations. He didn't share his inner life much with people."

The documentary charts Carlin's reinventions against the backdrop of huge social changes — Watergate, Vietnam, Reaganomics, hippie culture, among them. It also documents his fallow early '80s when he was in the comic wilderness before a Carnegie Hall show reignited his career. Carlin died in 2008.