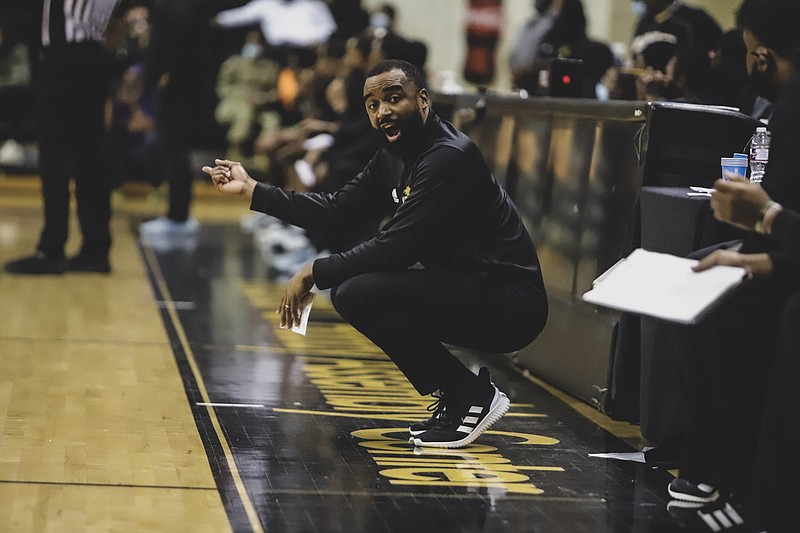 With summer approaching, the recruiting season is in full swing as UAPB men's basketball head coach Solomon Bozeman seeks to stock up on new faces and fresh energy coming off a season in which the Golden Lions finished toward the bottom of the Southwestern Athletic Conference standings.

UAPB will be looking to replace two of its top players – guards Shawn Williams and Dequan Morris – both of whom have exhausted their eligibility. Incidentally, Williams entered his name in the 2022 NBA Draft.

Bozeman's incoming class includes a pair of graduate transfers, including former UAPB First Team All-SWAC conference performer Shaun Doss (formerly of SIU-Edwardsville), who led the Golden Lions in scoring during his first stint with the team a few years ago. Noted mainly for his ability to score, Doss will be counted on to provide veteran leadership, according to Bozeman.

The other graduate transfer will be 6-8 forward Chris Greene – an experienced player with a versatile skill set that allows him to play inside or outside. Greene's NCAA experience while at Cleveland State is expected to prove vital to the UAPB program.

In addition, Bozeman will be welcoming a couple of solid recruits to Pine Bluff through the transfer portal such as 5-9 guard Trejon Ware (Arkansas Baptist), 6-6 forward AC Curry (Otero Junior College), 6-2 guard Orion Virden (Collin College) and 6-7 forward Ismael Plet (Oral Roberts). Each is expected to bring a new energy to the Golden Lions.

"We are excited about this group," said Bozeman. "We believe we have recruited high character guys who genuinely love the game of basketball. They literally eat, sleep, and breathe basketball. There's also a lot of diversity with this group coming from all around the world. We feel sure that they are eager to learn and want to focus on becoming the best student athletes they can be."

The speedy Ware compensates for his small frame with his defensive presence and by making his teammates better, while Curry is expected to be one of the hardest-playing athletes the Golden Lions have recruited. Curry hails from a well-established program at Otero Junior College where his size, length, shooting ability, and defensive prowess were an asset to his former team. He is expected to take on a similar role at UAPB.

Virden is from Pine Bluff and should bring the tough aspect that Bozeman and his staff desire. He is a fierce competitor who loves to compete and can shoot the basketball at a high level.

Piet is also a strong-willed athlete who can defend at a high level and brings more NCAA tournament experience to the Golden Lions.

"Every team needs an Ismael Plet," said Bozeman. "He will bring energy every day for the Golden Lions."

The rest of Bozeman's incoming class are true freshmen and will add a mix of size, speed, and versatility to UAPB basketball. They include 6-8 forward Robert Lewis, who participated in the annual King Cotton Classic in December with Cardinal Ritter College Prep High School and scored 32 points against White Hall in one of the games during the tournament.

Lewis is a versatile forward with length and athleticism. He can play inside and outside and guard multiple positions on the defensive end. "We love his versatility and upside," said Bozeman about Lewis' style of play.

Then there's Samuel Ribeiro, a Lebron James-sized guard at 6-foot-8, who can pass, shoot and rebound and who can get his teammates involved with work ethic and a positive upside.

Ribeiro, a Minas, Brazil, native also should be an exciting player to watch next season for the Golden Lions.

Also, 6-6 guard Zach Reinhart from Pro Holmes Sports Academy is a hard worker who enjoys being in the gym and doesn't lack confidence. Reinhart's extensive shooting ability should help UAPB in spacing the floor during the upcoming season.

Rafael Martinez, a 6-7 forward from Williston, rounds out Bozeman's recruiting class. Martinez is a skilled forward who can play inside and outside. Although he will be only a freshman, his maturity level and size will work in his favor in his first season in Pine Bluff.