The world in brief: Senegal hospital fire kills 11 newborns a a 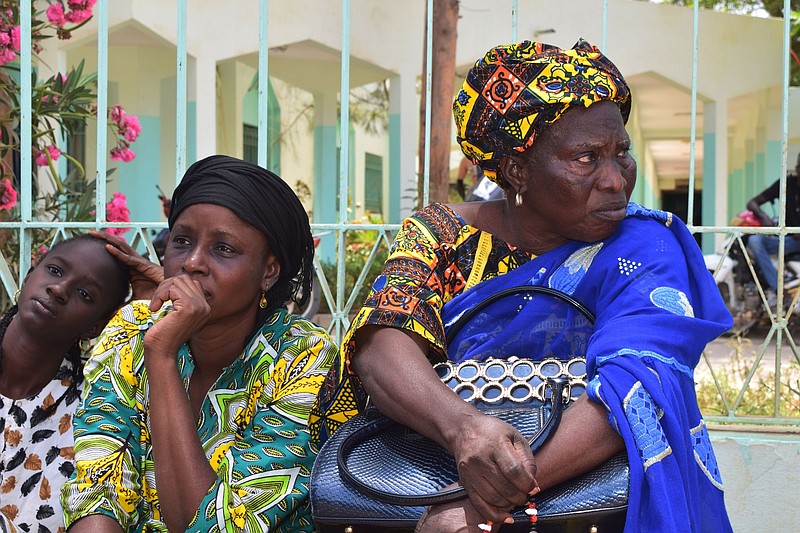 DAKAR, Senegal -- A fire in the neonatal unit of a hospital in Senegal has killed 11 newborns, President Macky Sall said. Only three infants could be saved.

"To their mothers and families, I express my deepest sympathy," Sall tweeted late Wednesday.

The fire was blamed on an electrical short circuit at the Abdoul Aziz Sy Dabakh Hospital in Tivaouane, a town 75 miles northeast of the capital, Dakar, Mayor Demba Diop said.

Interior Minister Antoine Diome announced that authorities would be opening an investigation into the condition of the hospital's facilities as well as other health care centers, Senegalese media reported.

The deadly fire comes a year after four other newborns died in a hospital fire in Linguere in northern Senegal.

A series of other deaths also have raised concerns about maternal and infant health in the West African nation known for having some of the best hospitals in the region.

Earlier this month, authorities discovered a baby that had been declared dead by a nurse's aide was still alive in a morgue. The infant later died.

Last year a pregnant woman died in Louga, in the north of the country, after waiting in vain for a cesarean section. Three midwives were given six-month suspended sentences for not giving help to a person in danger.

Health Minister Abdoulaye Diouf Sarr, who was attending the World Health Assembly in Geneva, cut short his trip to return to Senegal.

Senior Turkish officials said the Islamic State group's new leader has been captured in a recent raid in Istanbul.

Anti-terrorism police and intelligence agents detained a man they believe has led the jihadi group since its previous chief was killed in a U.S. operation in Syria in February, the officials said.

Turkish news website OdaTV identified the arrested man as Abu al-Hassan al-Qurayshi without saying how it obtained the information. Previous reports have given a similar name for the new leader of the Islamic State, also known as ISIS.

President Recep Tayyip Erdogan has been informed of his capture, the officials said Thursday. He's expected to announce the arrest in the coming days, OdaTV said.

The officials said the terrorist leader was captured after lengthy police surveillance of a house where he was staying. OdaTV said police didn't open fire during the raid.

Turkish forces have clashed with Islamic State militants at home and in neighboring Syria over recent years, ousting the jihadi fighters from several towns near Turkey's border.

The ruling came after Dodon, who served as Moldova's president from 2016 to 2020 and leads the Eastern European country's pro-Russian opposition bloc, was detained Tuesday at his home in the capital of Chisinau after it was searched by investigators.

Speaking as he left a courtroom Thursday, Dodon claimed the charges against him were politically motivated and at the behest of foreign powers.

"It is a political issue aimed at neutralizing the opposition," Dodon said. "It is strange and despicable for those who ... filled all the state institutions with foreign, Romanian, American and German advisers, who control all of the institutions, to accuse me of treason."

After Dodon's detention, senior anti-corruption prosecutor Elena Cazacov said the subjects of the police investigation were "mainly one of the former presidents of the Republic of Moldova and those close to him, but also other persons who have a connection to the commission of the alleged acts."

Dodon has denied wrongdoing. In a post on Facebook on Tuesday, he wrote that he had explanations for any allegations.

"This is not the first time I have become the target of a politically directed and directed justice system," he wrote.

One of Europe's poorest countries, Moldova is an ex-Soviet republic that gained independence in 1991.

LIMA, Peru -- A magnitude 7.2 earthquake shook a remote region of southern Peru on Thursday, sending frightened people running into the streets in nearby Bolivia, though there were no immediate reports of damage or injury.

The quake swayed some buildings in La Paz, the capital of neighboring Bolivia, where people fled into the streets. It was also felt in Peruvian cities such as Arequipa, Tacna and Cusco, as well as in northern Chile, but local authorities and radio stations had no reports of damage or victims.