The Chapel at Legacy Acres in Conway was the setting at 6 p.m. Saturday, May 21, for the marriage of Madeline Olivia McElhanon and Connor Norwood Vaughan. Lamar Trieschmann of Lake Valley Community Church in Hot Springs officiated.

Parents of the bride are Kebby and Steven McElhanon of Little Rock. She is the granddaughter of Bobbie and the late Jack McCluskey and Shirley and the late James McElhanon.

The groom is the son of Martha and Tommy Vaughan Jr. of Little Rock. His grandparents are Shirley and the late Thomas Calvin "TC" Vaughan and the late Virginia and James Leach.

The entrance to the chapel held a large white arrangement of garden roses, tulips and peonies. The altar held a wooden cross decorated with wedding flowers and greenery. Ceremony music was by the Central Arkansas Chamber Winds and vocalists Ben and David Rainwater singing "How Great Thou Art" and Julie Dodge singing "The Lord's Prayer."

The bride, who walked with her father down the aisle, wore a fit-and-flare gown of silk faille embellished with floral embroidery. She carried a small bouquet of white roses.

Katlyn McClure of Prairie Village, Kan., was matron of honor. Bridesmaids were Gabby Harder of Gainesville, Fla.; Anna Braue of Atlanta; Carolyn Adams of Savannah, Ga.; Abigail Frye of Washington; Ansley Bennett of Birmingham, Ala.; Kristen Hess, sister of the groom, and Jaclyn Vaughan, both of Little Rock; and Brittany Vaughan and Andrea Casillas, both of Fayetteville.

A reception was held in The Ballroom at Legacy Acres. Tables were lighted with crystal candelabras and floating candles. Continuous arrangements of white roses, hydrangeas and tulips ran the length of the head tables cascading onto the floor. A custom dance floor designed by the sister of the groom, Kristen Hess, was decorated with floral patterns. Music was by the band Funkytown of Memphis.

The couple will make their home in Chapel Hill, N.C., after a wedding trip to Paris and Santorini, Greece. 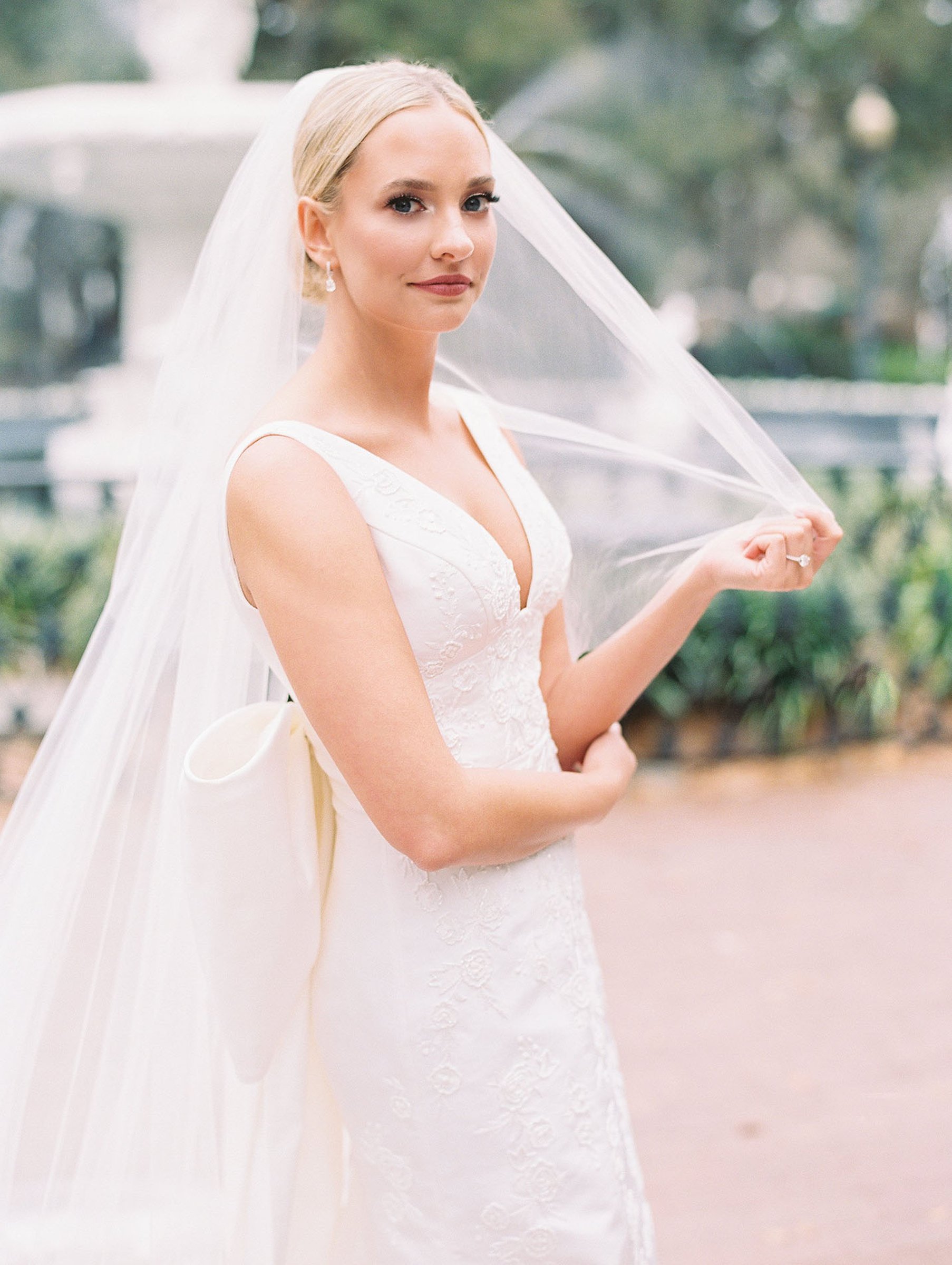