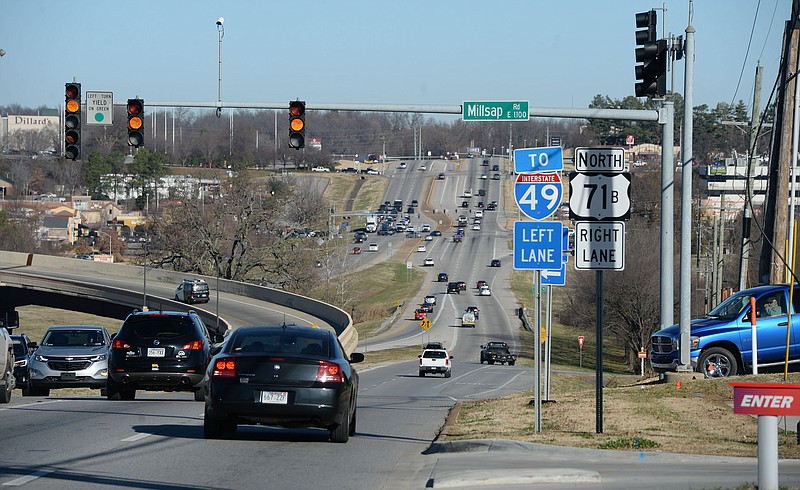 FAYETTEVILLE -- Two streets in north Fayetteville have been reclassified so the city can apply for federal grants to complete work aimed at improving traffic flow east and west through the intersection at Millsap Road and College Avenue.

The measure is being sent to the Arkansas Department of Transportation so maps can be changed.

Streets need to be classified as a collector or above on Federal Highway Administration maps to qualify for federal grants, according to Tim Conklin, assistant director at Regional Planning.

"We intend to apply for federal aid funding to kind of complete a project that began with the Sain Street extension, which is under construction and nearing completion," said Chris Brown, city engineer for Fayetteville. "This would complete that network. Until we get that completed, the Sain Street extension just ends in a place that doesn't provide a whole lot of benefit. So, this is an important connection for us."

Sain Street is northwest of the Millsap and College intersection.

"Basically, we've got a design for intersection improvements at Millsap and College and then the connection of Hemlock between Millsap and Sain, so it'll be those two pieces of the project we intend to apply for," Brown said.

Conklin said the route identified by Fayetteville ties into Millsap Road, which connects to Washington Regional Medical Center and then to Vantage Street, which is under construction.

Preliminary design work began on an extension of Sain Street from Front Street to Joyce Boulevard in 2019.

Connecting Sain Street to the Fulbright Expressway has been on the city's plans for a number of years. The flyover bridge connecting Interstate 49 to College Avenue, which opened in 2014, was designed to accommodate a connection with Sain Street.

The bid opening was Nov. 4, 2020, and Crossland Heavy Contractors was the low bidder. Construction began in March 2021. The 320-foot bridge over Mud Creek is almost complete and a roundabout still needs to be built.

It is anticipated construction will be completed in July or August.

Funding for the project has come from the bond issue voters approved in April 2019 and from federal aid distributed through the Northwest Arkansas Regional Planning Commission.