The bee’s knees: Bemis family business starts with trees, grows with bees and honey into much more 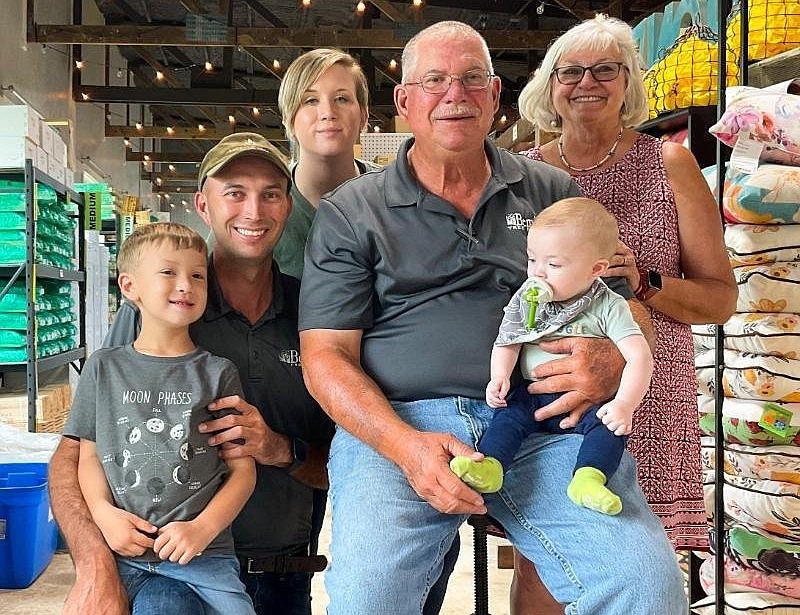 Starting with trees and buzzing ahead to bees, Tracey and Donna Bemis, along with son Jeremy and daughter-in-law Emily, have built a nature-focused trio of businesses on 170 acres in southern Pulaski County.

"When we bought the 80-acre tree farm on this property in 1992, we had no idea how large our business would grow," Donna says. "Tracey had been employed since 1984 by the previous owners, who retired. Our sons Nathan and Jeremy were 9 and 4. We simply aimed to make a living selling trees."

Jeremy was 21 in 2011 when the family bought Punkin' Patch Airport, a mostly dormant landing site on 90 adjoining acres. He brought honey bees into the Bemis equation.

"Jeremy's original plan was to use the land and hangar for a pumpkin patch with the help of honey bees as pollinators," Donna explains. "But the pumpkins turned out to be an unfavorable crop for our soil. As our population of honey bees grew, it soon was evident that beekeeping was our family's next path to take."

As Jeremy recounts, "I had no experience and very minimal knowledge of beekeeping when I started our first half-dozen hives. Although the pumpkin business didn't work out, we fell in love with the bees. And we realized there was a crucial need for beekeeping education and supplies in Central Arkansas."

The family began selling apiary supplies in 2013. The old airplane hangar was renovated, with Jeremy doing most of the work, to serve as the beekeeping supply store, woodshop, bottling facility for honey, and classroom for lessons in beekeeping. 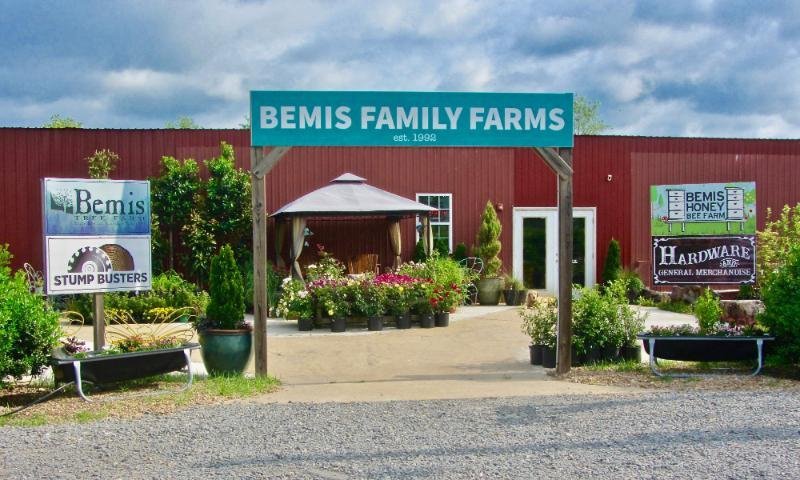 Bemis Family Farms’ store occupies part of a former airstrip’s hangar. (Special to the Democrat-Gazette/Marcia Schnedler)
Big sellers in the store, according to Donna, are beekeeping kits, gift items, bushes, fruit trees and landscaping equipment. A variety of honey-flavored candy is for sale, as well as items such as pillows and galoshes decorated with bee images.

Emily is the likeliest person to assist customers, as the farm begins taking orders for live bees in the winter, to be picked up in April or May. Sales are made online as well as on the farm.

The biggest challenge of the bee operation, says Jeremy, "is having enough time to get everything done. We face new problems every day, but we have learned to adapt and grow. Our current challenge is shortages in the supply chains that make it more difficult to find the products we sell."

Jeremy is the lead conductor of classes for budding beekeepers, which are resuming this year for the first time since covid struck early in 2020.

Bemis Honey Bee Farm works to thwart the bee die-offs that have been widely reported in recent years. The main killers, according to Jeremy, are "Varroa mites, poorly applied pesticides and bad beekeeping practices. The Varroa mites are the biggest threat."

The tree farm, bailiwick of Tracey, has been a reliable income producer for more than a quarter-century. It specializes in various residential and commercial shade trees, evergreens, ornamental trees and shrubs.

An amazing sight missed by most visitors is Tracey's Big John Tree Transporter, which can dig up and carry a tree up to 30 feet tall to its new location. Looking almost like some monster machine from a "Star Wars" movie, the massive vehicle gets "looks of amazement when I drive it down the highway," Tracey says.

Tracey and Donna live in one house on the Bemis property. Jeremy and Emily share another home on the land with their sons, 5-year-old Benjamin and 7-month-old Judah. Tracey's stepfather occupies a third dwelling on the site.

Older son Nathan, who worked for years on the property, moved to Bentonville in 2020 with his wife Sarah and their two children, 12-year-old Elizabeth and 9-year-old Noah.

"We would love for at least one of our grandchildren to work at the farm someday," Donna says. "But that's way over the horizon."

Jeremy says, "We hope that both of our boys will one day take over the farm, but we will not force it upon them. We will encourage them to follow their own interests and do what brings them joy in life."