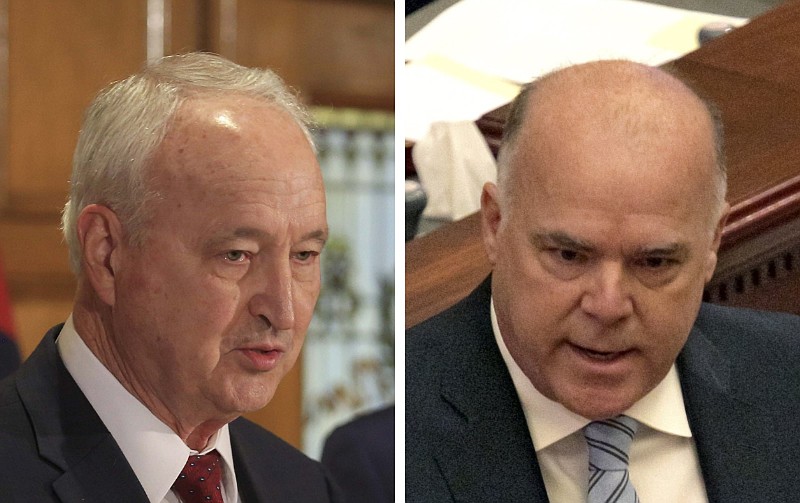 Boosted by rising individual income and sales and use tax collections, Arkansas' general revenue increased in October by $75.7 million or 11.9% over the same month a year ago to $710.7 million.

The month's collections beat the state's forecast by $66 million, or 10.2%, the state Department of Finance and Administration reported Wednesday in its monthly revenue report.

October's total collections of $710.7 million is a new high collection level for the month with the previous high $634.9 million in 2021, said Whitney McLaughlin, a tax analyst for the finance department.

"All major revenue categories are above forecast and exceed last year in a testament to broad-based expansion going into the holiday shopping season," he said.

Tax refunds and some special government expenditures are taken off the top of total general revenue collections, leaving a net amount that state agencies are allowed to spend up to the amount authorized by the state's Revenue Stabilization Act.

October is the fourth month of fiscal year 2023, which started July 1.

Gov. Asa Hutchinson said Wednesday that "Arkansas continues to reflect a much stronger economy than we see nationally.

"Inflationary pressures are reducing the buying power of Arkansans, which means that our individual citizens are not enjoying the same growth in revenue as does state government," the Republican governor said in a written statement.

"This fact reinforces the importance of the decision earlier this year to return over $400 million to Arkansans in the form of tax relief," Hutchinson said.

The finance department's latest forecast May 18 projected a $914 million surplus at the end of fiscal 2023 on June 30.

As a result of the top individual income tax rate immediately declining to 4.9% and the low-income tax credit, the finance department in September notified the state's 80,000-plus employers of changes to the payroll withholding tables, said finance department spokesman Scott Hardin.

"As companies implement these withholding changes, Arkansans will see paychecks increase," he said in a written statement. "Additionally, taxpayers will continue to benefit when tax returns are filed in early 2023 (for tax year 2022). The top rate acceleration to 4.9% will result in taxpayers keeping an additional $295 million in their pockets over the course of the next year. The timing of the benefit may vary for taxpayers as companies continue to formally adopt these changes."

On Nov. 10, the finance department is scheduled to release an update to its May 18 general revenue forecast and Hutchinson's proposed general revenue budget for fiscal 2024 that begins July 1, 2023, and ends June 30, 2024. Hutchinson's successor as governor will take office in January.

In advance of the regular session, the Legislative Council and Joint Budget Committee have been holding budget hearings for state agencies. The budget hearings started Oct. 11 and are scheduled to end Nov. 21.

Individual withholding tax revenue increased by $20.6 million, or 8.6%, over a year ago to $259.5 million, outdistancing the state's forecast by $2.8 million. John Shelnutt, the state's economic forecaster, said there was one more Friday payday in October compared with the same month a year ago.

Collections from returns and extensions increased by $23.3 million over a year ago to $81.1 million, and beat the state's forecast by $28.6 million.

Collections from estimated payments dropped by about $500,000 from a year ago to $13.6 million, but exceeded the forecast by $1 million.

• A $29.4 million, or 11.6%, increase in sales and use tax collections to $283.1 million, which beat the state's forecast by $22.8 million, or 8.8%. Most major reporting sectors of sales tax displayed high growth over a year ago, reflecting continued economic expansion in many sectors.

"We did not expect that kind of continuing growth in sales tax," Shelnutt said.

He said some of the increase in the state's sales tax collections is a result of inflation, "but with such high growth you have to attribute some of it to real fundamentals" with the state's low unemployment rate and tight job market.

Asked whether he is seeing any signs of a recession in Arkansas, Shelnutt said "it's all theoretical at this point."

"Certainly, there is a caution flag out there for the economy," he said, but his peers in other Southern states don't see evidence of a slowdown either. 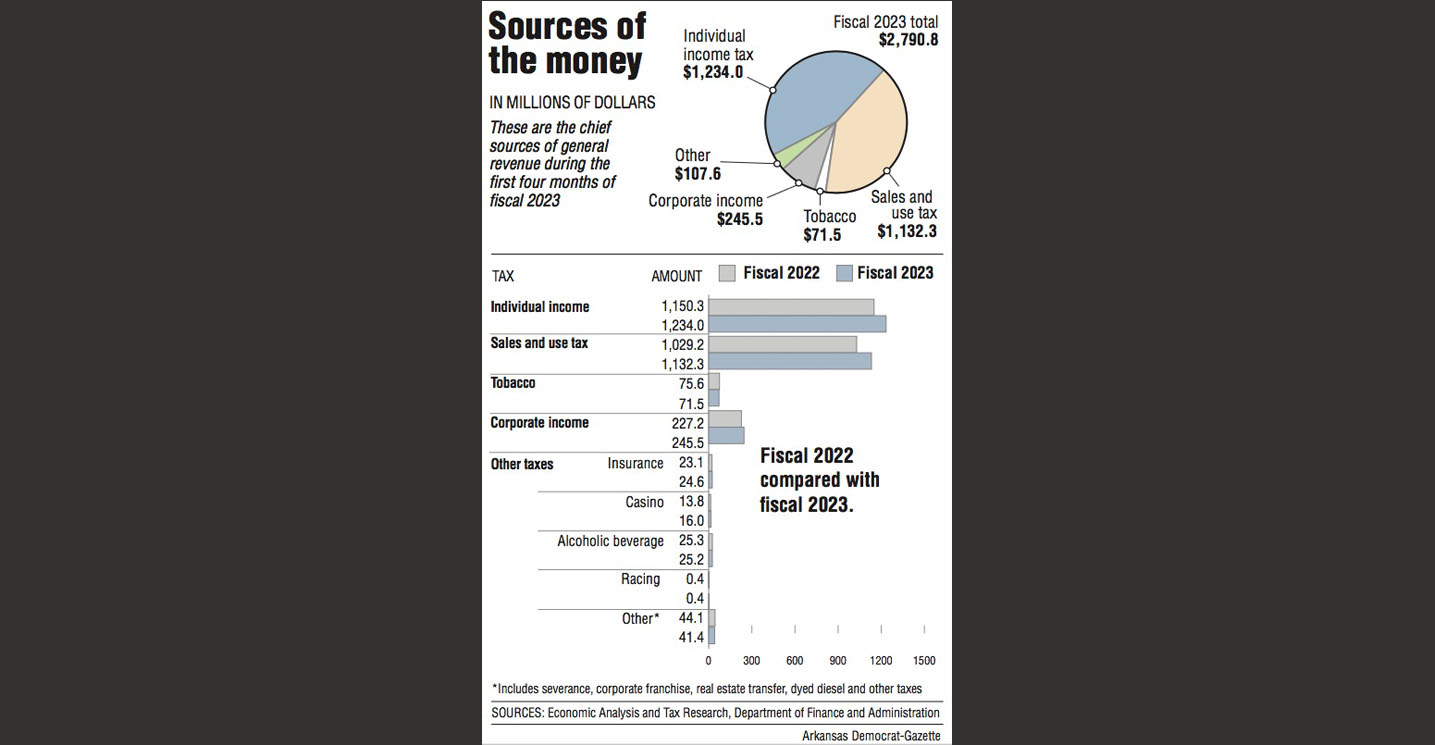