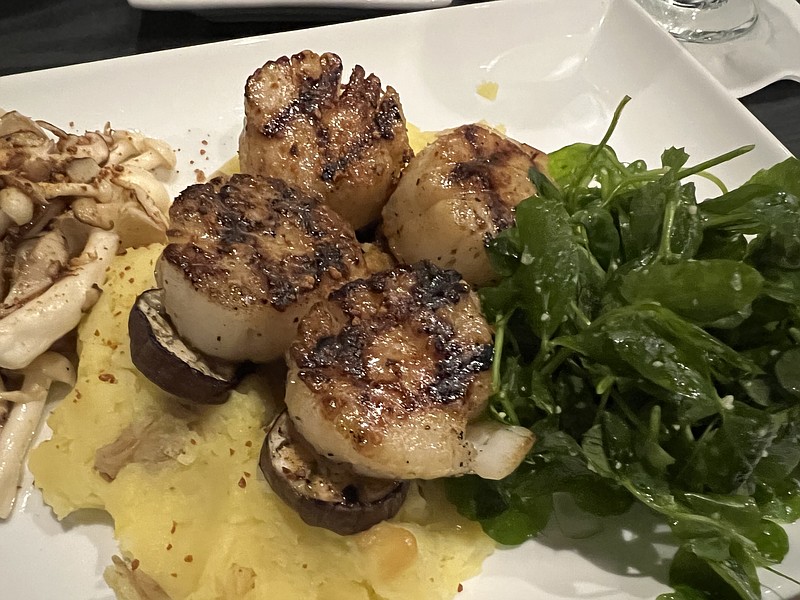 Going by the nickname Kemuri West, it took over the space formerly occupied by another Asian-fusion restaurant, Kiyen's Seafood Steak and Sushi, which didn't quite disappear — it fused with its downtown North Little Rock "offspring" to create Kiyen's Kamikaito.

Kemuri West's menu is similar to, where it is not the same as, the original Kemuri on Kavanaugh Boulevard in Hillcrest, though at last check it was still a bit of a work in progress. The same was true of the wine list on our recent visit — certain "staple" wines, for example, are available only by the bottle and not the glass.

The Kemuri folks did a substantial redesign. Kiyen's customers will still recognize most of the restaurant to the left side of the front door. The raised main dining area is still raised, with seating along the windows on three sides, and the huge sushi bar hasn't moved. Now, however, there is a prominent liquor bar.

Most of the new work is to the right side of the door, which at Kiyen's was mostly wasted space, now remade into a couple of secondary, semi-private dining spaces. Oh, and that's where you'll find the restrooms, which at Kiyen's customers had to inconveniently access through the kitchen.

We had the same pleasant dining experience at the new Kemuri as we usually have at the original. Service was excellent; our first-visit server was exceptionally congenial.

From the sushi menu, we zeroed in on the Spicy Tuna Roll ($9.50), spicy ahi tuna wrapped with bits of avocado in nori (seaweed), wrapped in vinegared rice. It's a sushi-bar make-or-break item for Intrepid Companion, who says she's not fond of the version at the original Kemuri — the tuna texture, she explains, is too mushy (mushy sushi is a no-no); here it passed inspection with waving, if not flying, colors.

From the robata list (small-plate grilled items — robata, according to the menu, means "around the fireplace"), we enjoyed the two skewers of Beef Tenderloin ($13) on a bed of black-truffle aioli, but as with most of the robata plates at both Kemuris, we felt we were paying a rather hefty price for a relatively small bite.

We felt the same way about the Pistachio Salmon ($19), listed as an actual appetizer, which we had once enjoyed at Kemuri. It comes from the sushi bar, which garnishes strips of sushi salmon with crushed pistachios, tomatoes, peppers, a balsamic vinegar-basil oil blend and chunks of yuzu, a Japanese citrus fruit. It has been long enough since we last ordered it that we really had few memories of what it was actually like, so we were slightly surprised by what showed up at the table, but we enjoyed it nonetheless. Except that for what is essentially the price of an entree, we didn't feel like we'd eaten enough to constitute an entree.

As at its Hillcrest original, Kemuri West serves two preparations of edamame ($7) — smoked, with salt and garlic; and "garlic spicy." We were glad to revisit the former, getting a good-sized bowl of firm steamed soybean pods (only one or two were unconstitutionally mushy) with a rich, smoky flavor and rather less salt than we were expecting, which was fine. 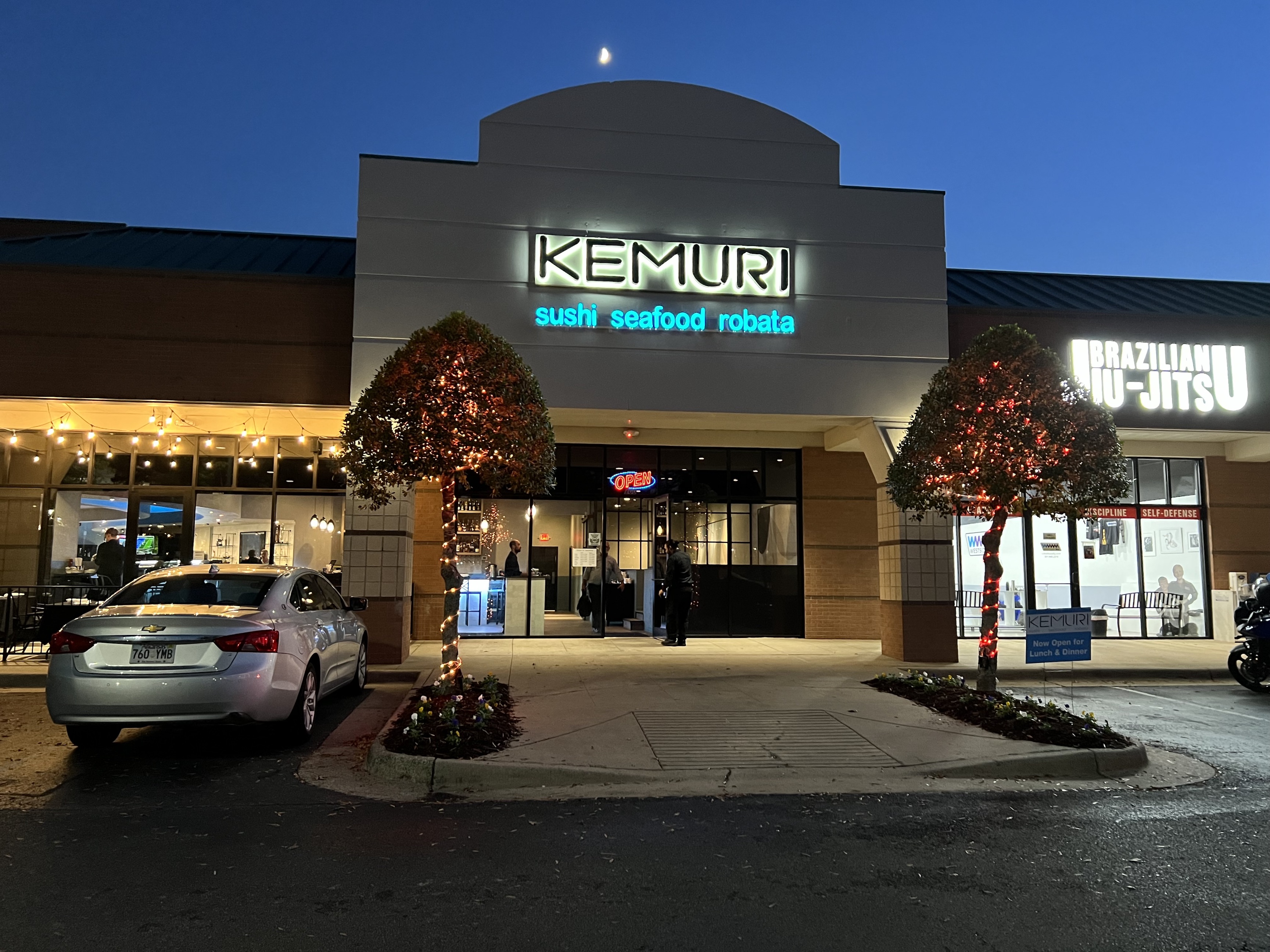 The second location of Kemuri — seafood, sushi, robata, is at the upper end of the Centre at Chenal shopping center on Chenal Parkway in west Little Rock. (Arkansas Democrat-Gazette/Eric E. Harrison)  A somewhat meager cup of the house Miso Soup as a to-go order was a bit of a disappointment, in part because of the price ($7), offset a bit by the plentiful sliced mushrooms that, in addition to seaweed and some diced tofu, floated therein.

Speaking of entrees, our server made much of Kemuri's scallops, bragging that the kitchen uses entire scallops in its dishes, whereas many local establishments, he averred, slice them down. So we seized our initial impulse and ordered the Diver Scallop ($37), four immense well-grilled bivalves resting on four slices of grilled Japanese eggplant, resting in turn atop a thick pile of wasabi mashed potatoes (we didn't particularly taste the wasabi, but as mashed potatoes go, these were dense and pleasant tasting), and accompanied by spinach sauteed with a few bits of grated cheese in a tangy almost-vinaigrette and a goodly pile of what the menu calls "beech mushrooms" that were worth raving over.

Intrepid Companion stuck with tuna into her entree choice — the Blackened Ahi Tuna Bowl ($22), several slices of lightly blackened tuna interleaved with avocado slices, garnished with a tangy ponzu sauce and black and white sesame seeds, served, almost poke-like, with pickled cabbage and shredded carrot and cucumber on a bed of sticky rice.