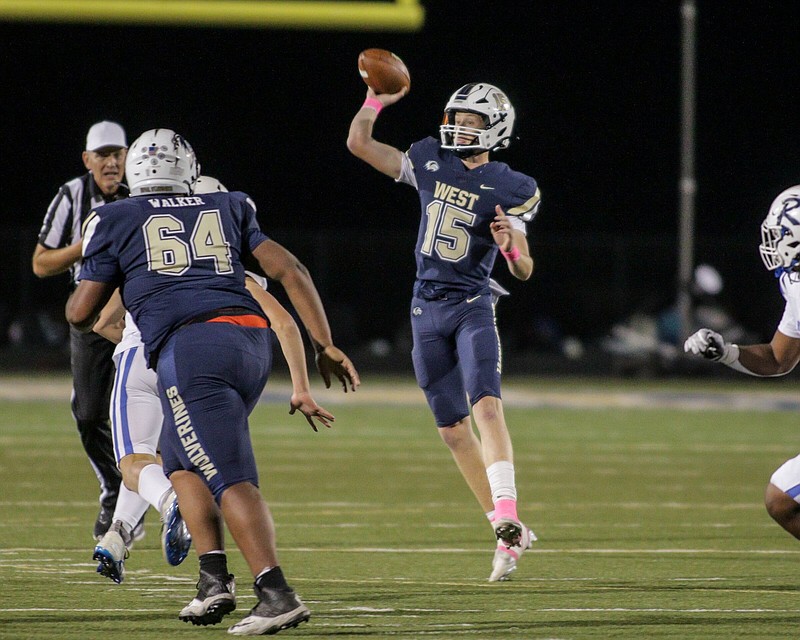 I included Bentonville in our Football Town series, which prompted a skeptic to argue against its inclusion because Bentonville West High School is actually located in Centerton.

Then, why I asked, was the school not named Centerton High or Benton County Central, as our man Henry Apple suggested when construction began? Bentonville is most certainly a football town and proof of it will be on display again tonight when Bentonville West and Bentonville High meet at Tiger Stadium with a No. 1 seed and a league championship at stake.

Bentonville (8-1, 6-0) will claim the 6A-West Conference championship with a win over Bentonville West (7-2, 5-1), which could earn a piece of the league title with a victory over the Tigers. That's yet to happen for West, which is 0-6 against the Tigers. West has beaten the more established school in other sports and there'll come a day when it happens in football as well. But Bentonville is determined it won't happen on this day, especially after the Tigers were beaten out for the conference championship last season by Fayetteville.

Former Bentonville High all-state running back Preston Crawford said during our Football Town series that Bentonville vs. Bentonville West couldn't be described as a rivalry because the Wolverines have yet to beat the Tigers. He's probably right but that doesn't diminish the passion and all-out effort that'll be displayed by players on both sides of the field.

Bentonville West is definitely a threat but Bentonville High doesn't like to share conference championships with anyone, especially neighbors who include the word "Bentonville" on their jerseys.

For the Tigers, there's only one Bentonville.

(Here are some other games involving teams from our coverage area. The picks are capitalized).