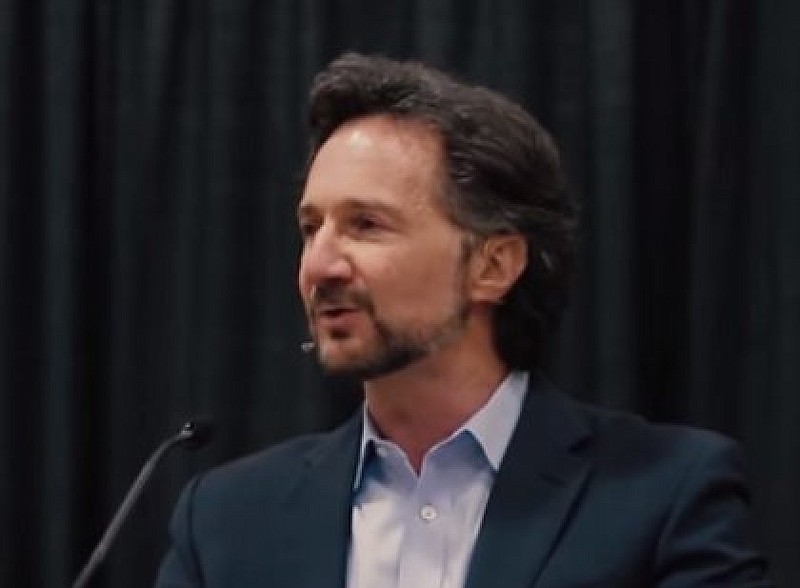 When he visits Fayetteville next week, Rob Renfroe, the president and publisher of Good News and a retired United Methodist minister, will explain why he believes traditionalists should leave the denomination. (Courtesy photo)

Good News President and Publisher Rob Renfroe, who is urging United Methodist traditionalists to leave the denomination, will speak at 6:30 p.m. Thursday in Fayetteville about why he believes disaffiliation is "the right course" for Central United Methodist Church.

The church on West Dickson Street is the largest United Methodist congregation not only in Fayetteville, but statewide. It is currently in the discernment process, weighing whether to remain or to break away.

Renfroe was the longtime pastor of adult discipleship at The Woodlands United Methodist Church, the 14,000-member megachurch north of Houston, which voted in August to sever its denominational ties.

Among those voting, 96.3% supported disaffiliation.

In September, Adam Hamilton, pastor of the largest United Methodist congregation in the nation, Church of the Resurrection in Leawood, Kan., traveled to Fayetteville and made the case against schism.

Asked why Central is significant enough to attract this kind of attention, Renfroe wrote in an email, "Central is known as being one of our great Methodist churches and I am honored to speak with them. But I have gone wherever I have been asked to go over the past several months, including churches that are quite small. I am happy to speak to any congregation that wants to understand just how deeply divided the United Methodist Church is over some of our most basic beliefs so that it can align with the option that fits best with its beliefs."

Formed in 1967, Good News describes itself as the "classical evangelical witness and ministry for renewal and reform within The United Methodist Church" and says its mission is to lead those within the church "to the faithful and vibrant practice of orthodox Wesleyan Christianity."

After working, for decades, to change the denomination, its leadership now views the differences as too large to overcome.

"We concluded decades ago that there are three different tribes within the UMC. We are traditionalists who hold to the orthodox faith. The progressives, many of them at least, deny some of our most basic beliefs such as the divinity of Jesus and his resurrection, the full inspiration and authority of the Bible for holy living, the doctrine that Jesus died for our sins, and that Jesus is not just one way to God, but the way and the truth and the life. Of course, they also want to liberalize our sexual ethics. And there are the centrists who seem to think that our differences regarding these matters are not important enough to separate over. They talk about different truths for different contexts, whereas we traditionalists believe that what God has revealed to be his will in the Bible is true for all of us and we cannot be in a church that promotes or even allows its pastors and bishops to teach truths contrary to our orthodox faith," Renfroe wrote.

A new denomination, the Global Methodist Church, was launched earlier this year to provide a new home for these breakaway congregations.

Renfroe foresees a sizable number of traditionalists will end up making it their home.

"The GMC will over the next few years receive thousands of new congregations, including most of those in Africa, and will plant hundreds of churches in the U.S. The UMC will become more liberal in its teachings and in its sexual ethics. The centrists will find themselves unable to stop the wave of progressivism coming from young woke pastors. And the UMC will decline. That's what we've seen in the four other mainline churches that have changed their sexual ethics," he wrote.

Those who have rejected orthodox Christian teaching aren't flourishing, he wrote.

"Abandoning the biblical view of marriage has not caused any mainline church to grow. Doing so has only increased the rate of their decline. The only reason to believe it will be any different with the UM Church is either naivete or hubris -- the idea that we are somehow better, smarter than our brothers and sisters in other mainline denominations," he wrote.

Leaders of United for Central, an organization which opposes disaffiliation, predicted the congregation would ultimately decide to maintain its longstanding ties.

"Some offer a message of disparagement, disinformation, and division regarding our denomination, but the UMC is not broken. Instead, members of Central will embrace a future of hope, unity, and grace, one rooted in the teachings of Jesus that truly welcomes all, faithful to the historic common core of beliefs of the United Methodist Church," United for Central said in a written statement.

Ann Linebarger, a leader of Central Wesleyans, a group favoring disaffiliation, said Renfroe "has been a real leader" and is "very well respected among traditionalists."

"We are thrilled that he is taking time to be here with us," she said.

Information on Rob Renfroe's appearance in Fayetteville is available at: tinyurl.com/mvtutuh7