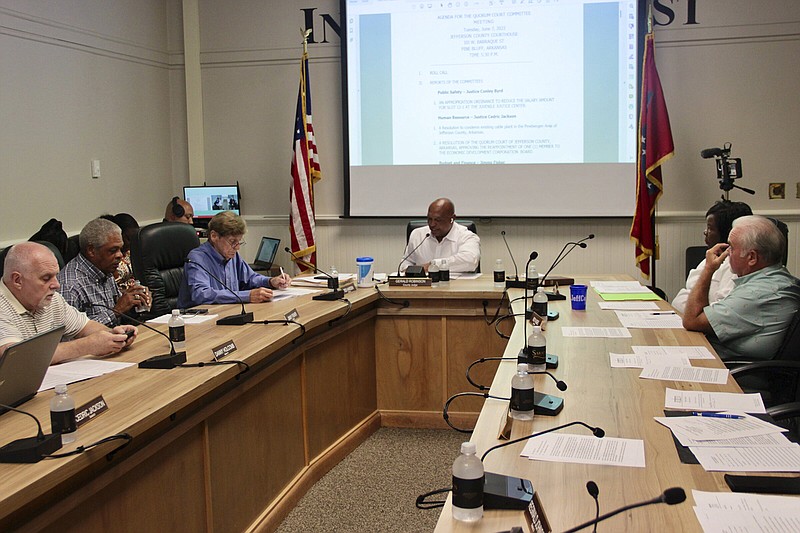 A Freedom of Information lawsuit that Jefferson County Quorum Court members and the county judge lost will cost the county almost $14,000, according to a news release from the plaintiff.

Kimberly Dale, a Paragould attorney, requested county finance documents through the state's open records and meetings law. Dale was not satisfied with the response she got from the public officials and filed a lawsuit in January, eventually winning the case in September when an appointed judge, Ben Story, ruled in her favor.

She is also representing Sheriff Lafayette Woods Jr. in a lawsuit he brought against the Quorum Court and County Judge Gerald Robinson over cuts those officials implemented regarding Woods' budget.

"Jefferson County will be required to remit these funds on behalf of the elected officials as a result of the violations," stated the press release. "The Court record revealed that many of the requests were just simply ignored, elected officials failed to adhere to warnings to respond, and they failed in their duty to comply with the Freedom of Information Act."

All of the Quorum Court's justices of the peace were included in the lawsuit, except Conley Byrd. He was excluded, according to Dale, because he responded and complied with Dale's request.

The other justices of the peace, as well as Robinson, testified that they did not keep or have the information she was requesting or that Dale should have asked the county clerk for the information.

Reached Friday afternoon, Robinson said he and the county's attorney disagreed with the judge's ruling, but that the county would abide by it.

"Again, we feel that we honored the FOIA request," Robinson said.

"Ms. Dale asked for the same information twice. We sent it to her. She wasn't satisfied and requested the same again. She is ... Sheriff Lafayette Woods' attorney and if you look at the transcript, you'll see that this lawsuit was a ploy because of her representation of the sheriff."

Robinson went on to say that he felt the Freedom of Information lawsuit and the lawsuit from Woods were politically motivated.

Robinson is up for reelection and faces Dutch King in Tuesday's General Election. Woods has said he doesn't support Robinson and would like to see someone else in the county judge position.

Robinson said the county chose not to appeal Story's ruling because of the risk of losing more money.