A Classic win for Flightline 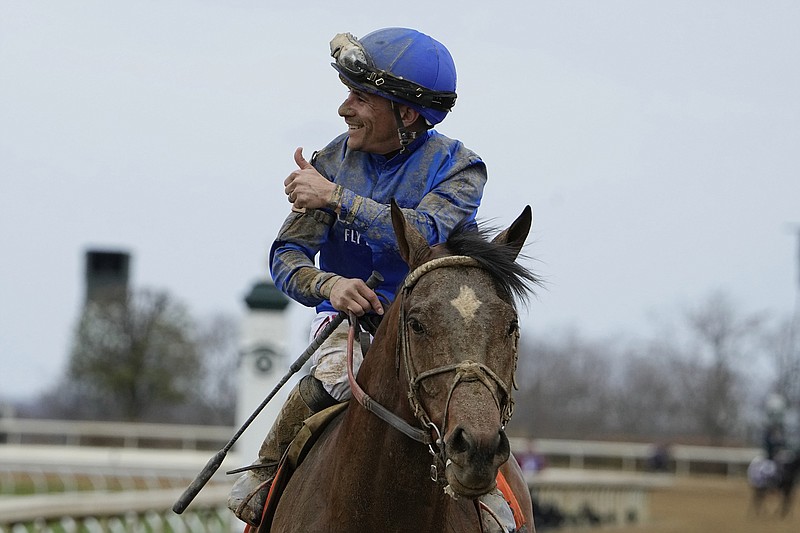 LEXINGTON, Ky. -- Running the biggest race of a brief career, Flightline left no doubt about this year's top thoroughbred.

The unbeaten colt posted another dominant run, overtaking Life Is Good entering the top of the stretch and pulling away to an 8¼-length victory in the $6 million Breeders' Cup Classic on Saturday at Keeneland, and all but locking up honors as Horse of the Year.

"Brilliant is his normal," trainer John Sadler said. "He didn't disappoint, and never has. ... This race, he's just a remarkable, remarkable horse."

The 4-year-old bay colt entered the Grade I race 5-0 lifetime with an average victory margin of nearly 13 lengths, making him the overwhelming 3-5 favorite over the eight-horse field that included Kentucky Derby upset winner Rich Strike and 5-1 second choice Epicenter. Flightline went off at 2-5 from the No. 4 post and he and Todd Pletcher-trained Life Is Good, at 8-1, separated themselves from the pack with a blistering pace and building a nine-length gap through the far turn.

Sadler's pupil was moving up at that point and eventually passed Life Is Good before the stretch and quickly building a two-length gap that steadily grew from there. Olympiad (10-1) soon overtook Life Is Good with Bob Baffert-trained Taiba gaining, though both were far behind the horse who has earned lofty comparisons to legendary Triple Crown champion Secretariat.

His remarkable run in the Classic will likely ratchet up the praise, and the trainer didn't shy away from it.

"He's just that rare horse that happens every 20 or 30 years," Sadler added. "One of the best American racehorses we've seen in a long, long time. And I'm talking back to Secretariat, Seattle Slew, you go through the list.

Epicenter, considered a strong Horse of the Year favorite with four wins and three seconds, was pulled up by jockey Joel Rosario in the backstretch with an injured right forelimb. He walked into a van and was taken to Rood & Riddle Equine Hospital for evaluation.

While Pletcher came up short in the Classic, filly Malathaat provided day's most exciting finish by winning the $2 million Distaff by nose over Stripe and Clairiere and in a three-wide photo finish.

The 2021 3-year-old champion filly and 3-1 choice surged from the middle between the final turns and was on the outside among five horses in the stretch before she broke free with Clairiere to her left and Blue Stripe on the rail over the final 100 yards. Malathaat eventually caught Clairere and nosed past Blue Stripe at the wire, which replay confirmed.

In other Breeders' Cup races before a crowd of 45,973 at Keenland:

• $4 million Turf: Rebel's Romance swept past the leaders with a furlong left and ran to a 2 ¼-length victory over fellow Irish bred Stone Age. The race featured nine Irish horses, one from Brazil and another from China.

• $2 million Filly and Mare Turf: Tuesday caught In Italian at the 1/16th mark and ran to a one-length victory. The Irish-bred won for the third time this year and ended a four-race drought.

• $2 million Breeders' Cup Mile: Irish-bred Modern Games earned a ¾-length victory, one of three on the day for Charles Appleby.

• $1 million Dirt Mile: Favorite Cody's Wish caught and then outdueled Arkansas Derby winner Cyberknife in the stretch to win by a head. The colt was named for Cody Dorman, 17, who has Wolf-Hirschhorn Syndrome, a rare genetic disorder. A postrace inquiry initially delayed the finish becoming official as stewards examined possible interference between Cyberknife, Slow Down Andy and Law Professor. The finish was upheld.

• $1 million Filly and Mare Sprint: Goodnight Olive moved to the front entering the stretch and won the 7-furlong Breeders' Cup opener by 2½ lengths over Echo Zulu. She earned her sixth consecutive victory and fourth as a 4-year-old. Wicked Halo, who ran twice this year at Oaklawn Racing Casino Resort, including finishing third in the Purple Martin, finished third Saturday to Goodnight Olive. 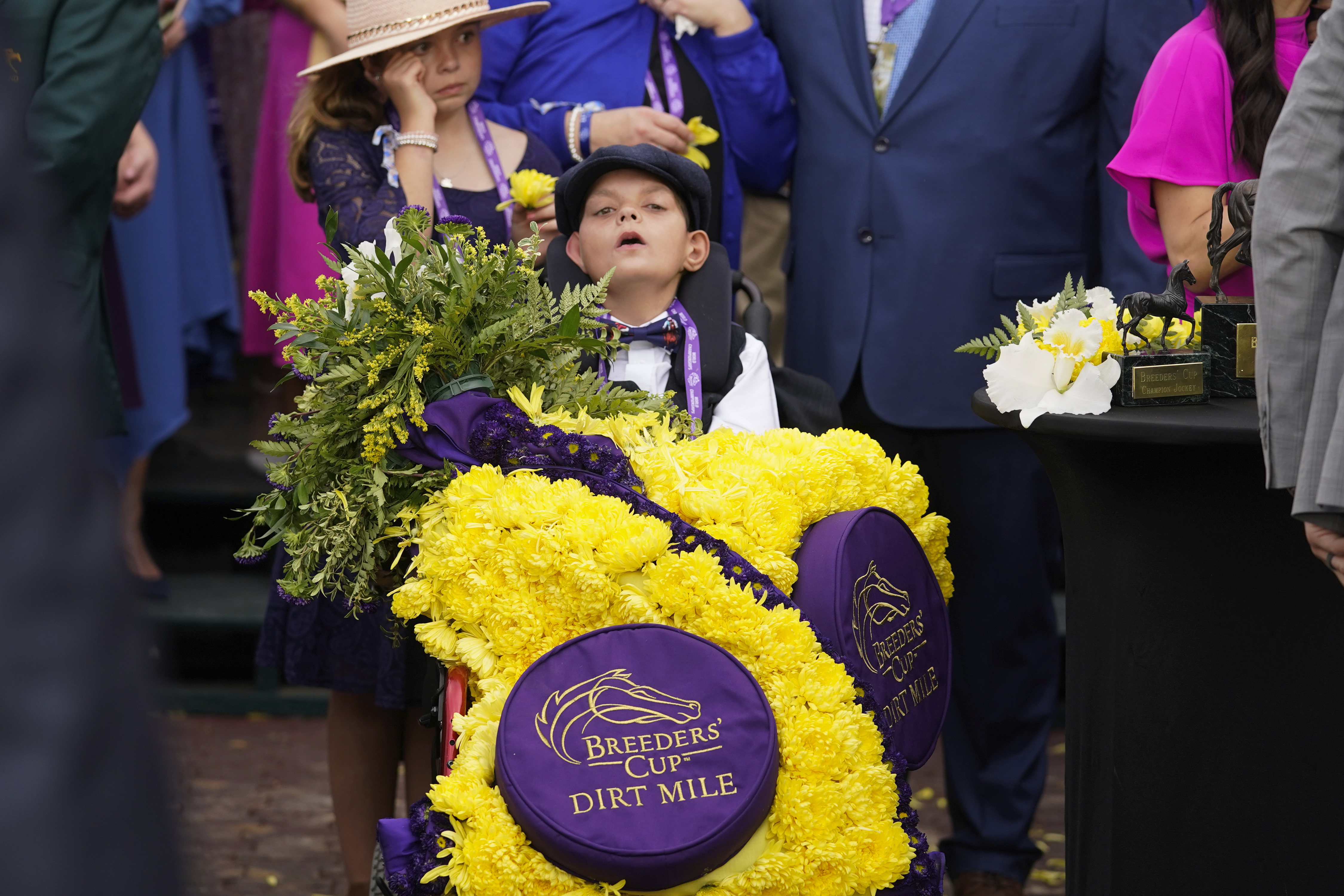 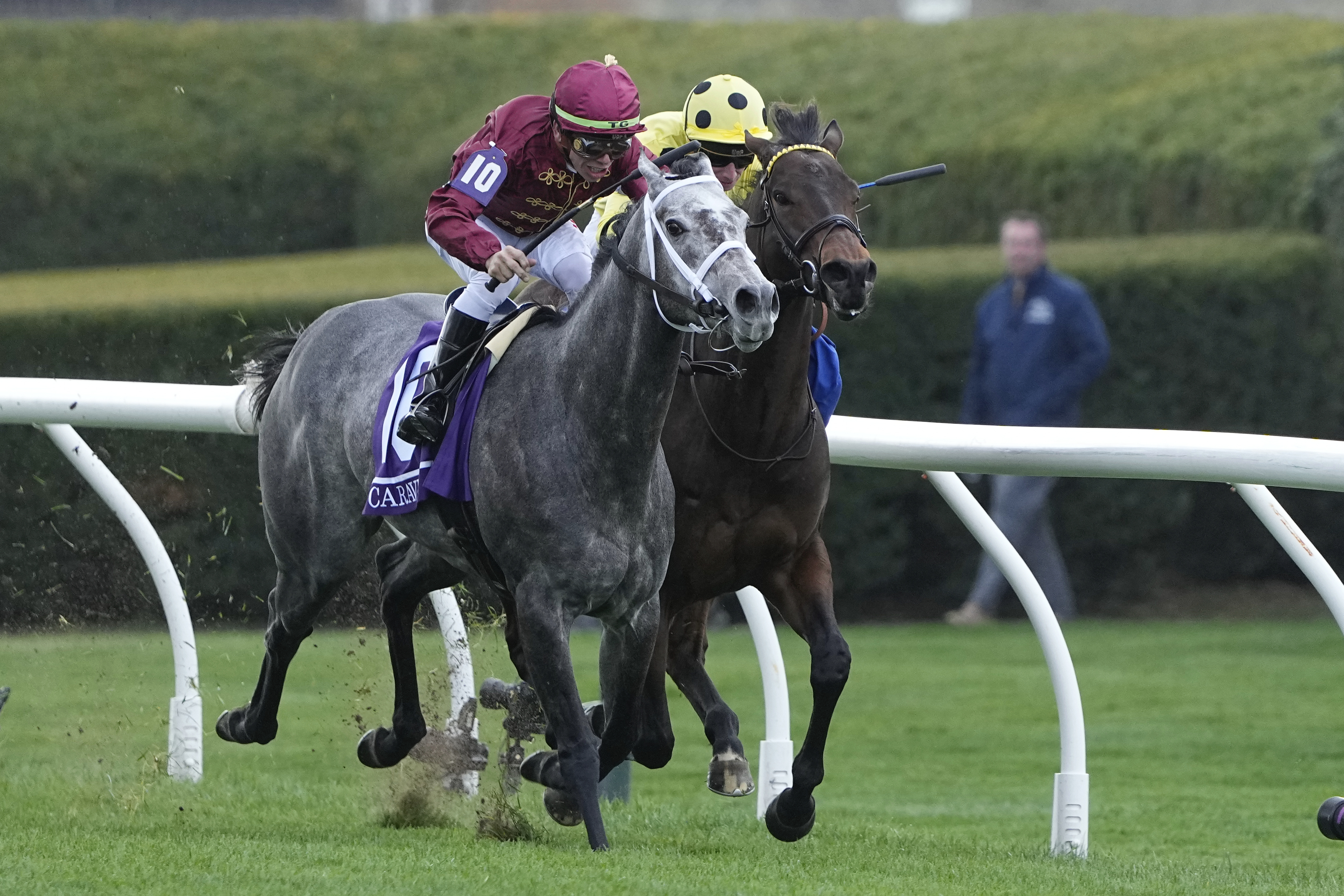 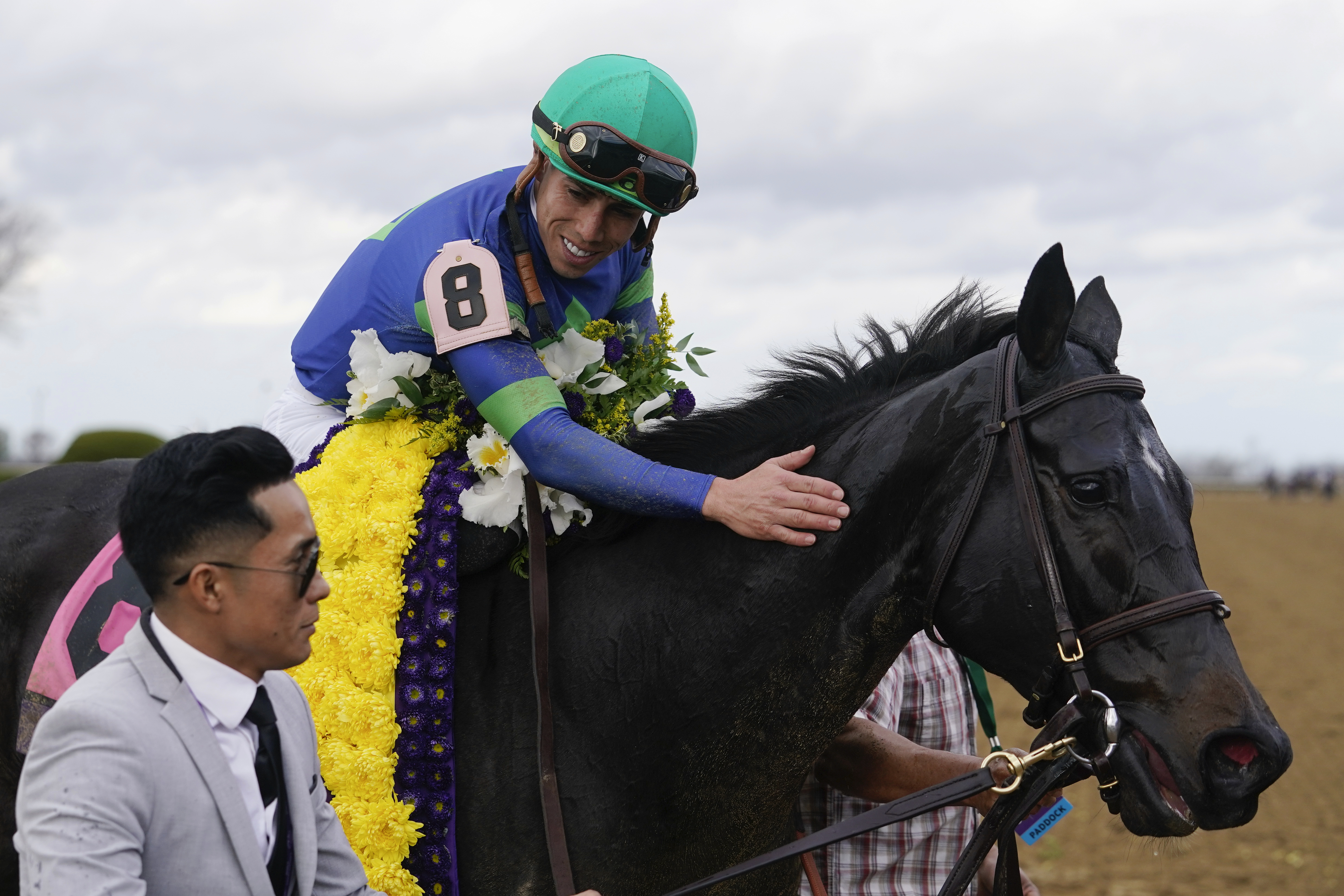 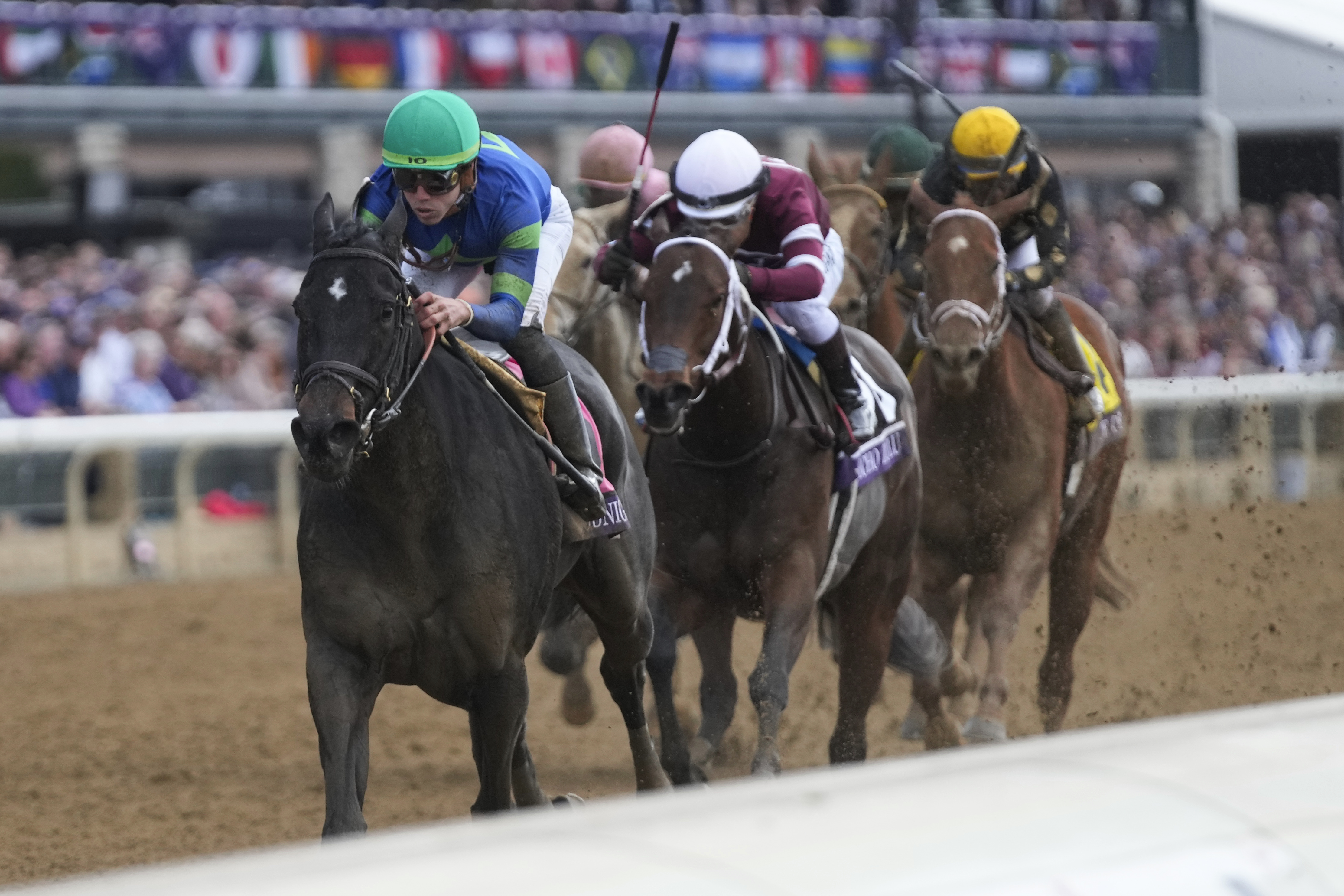 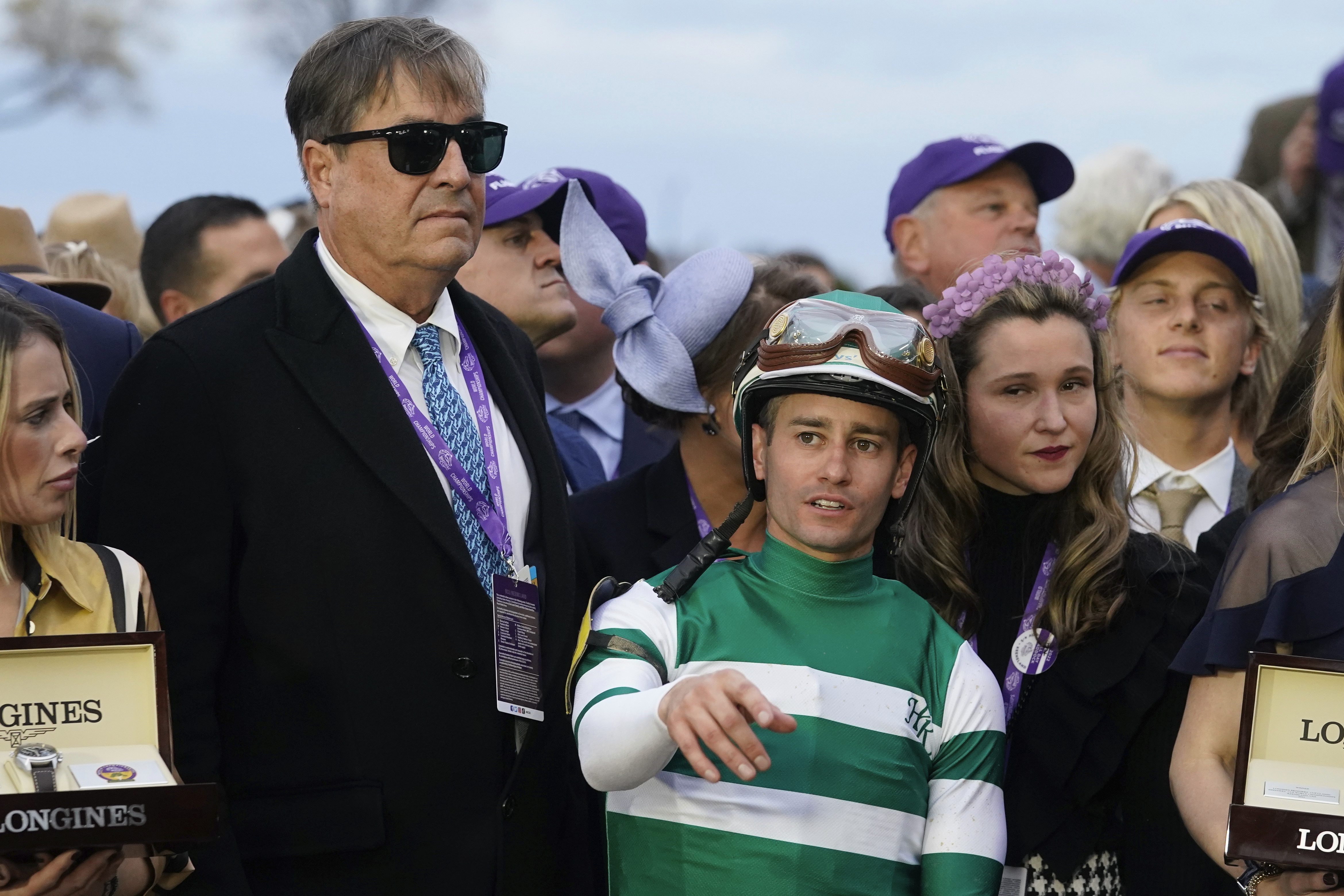 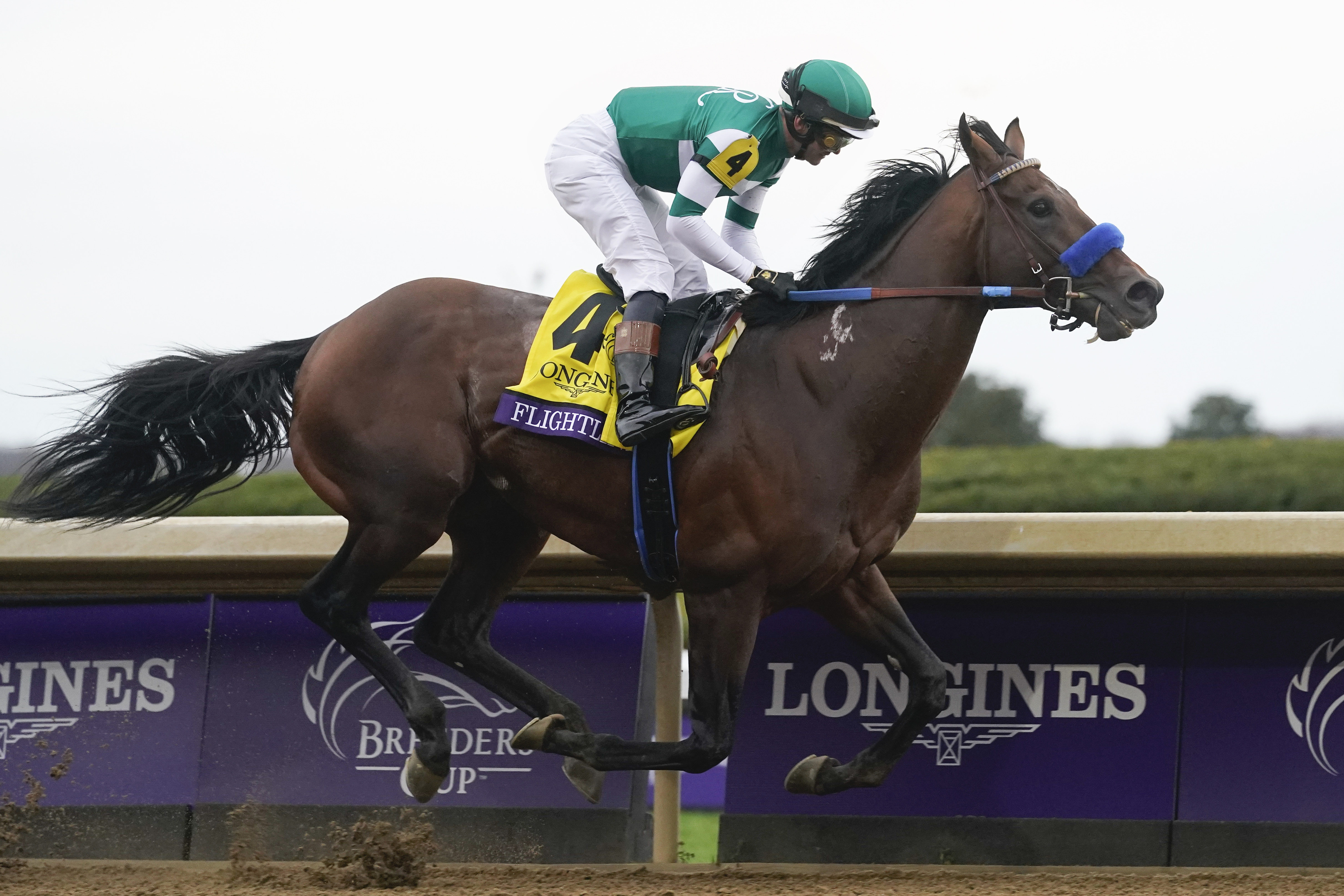 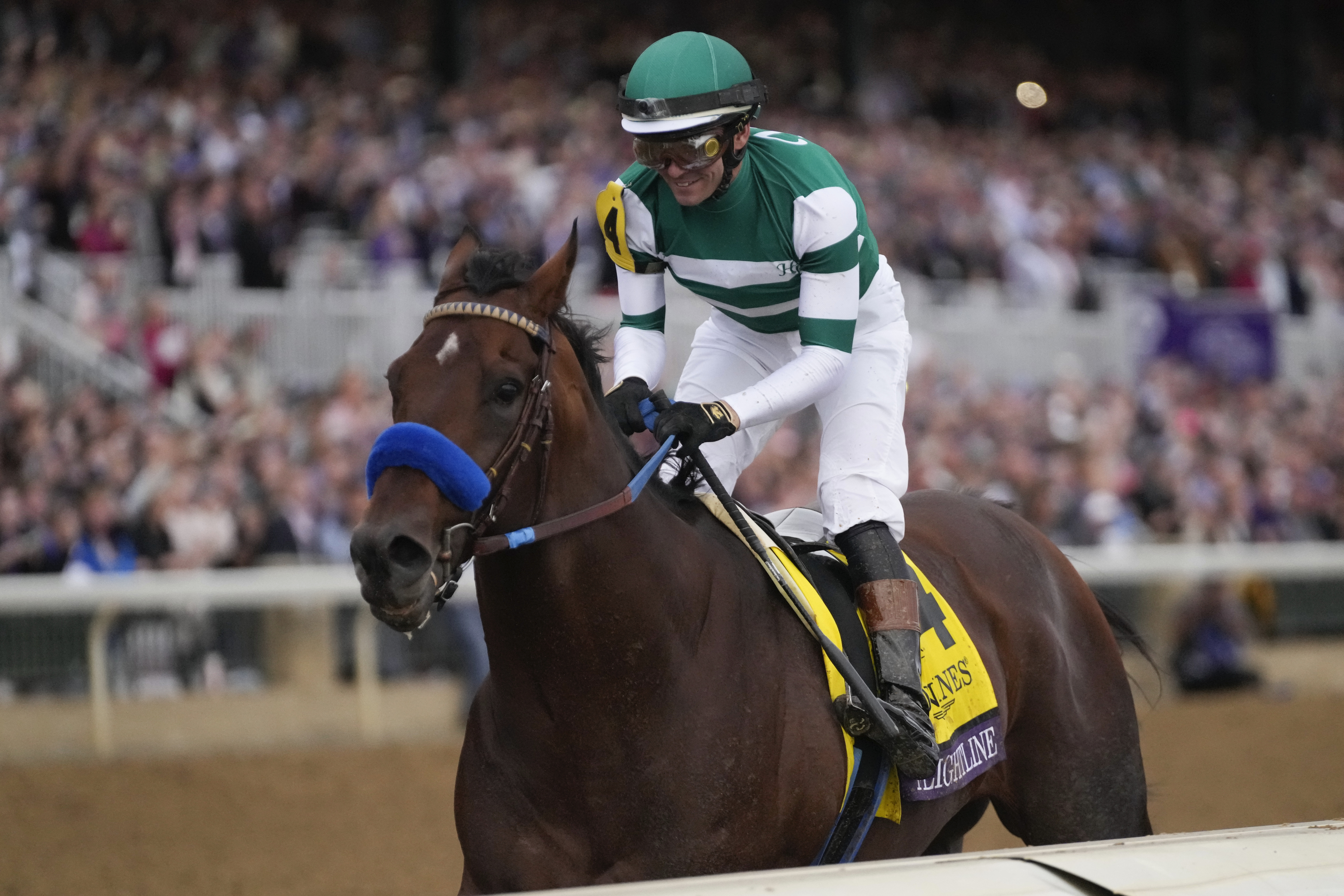 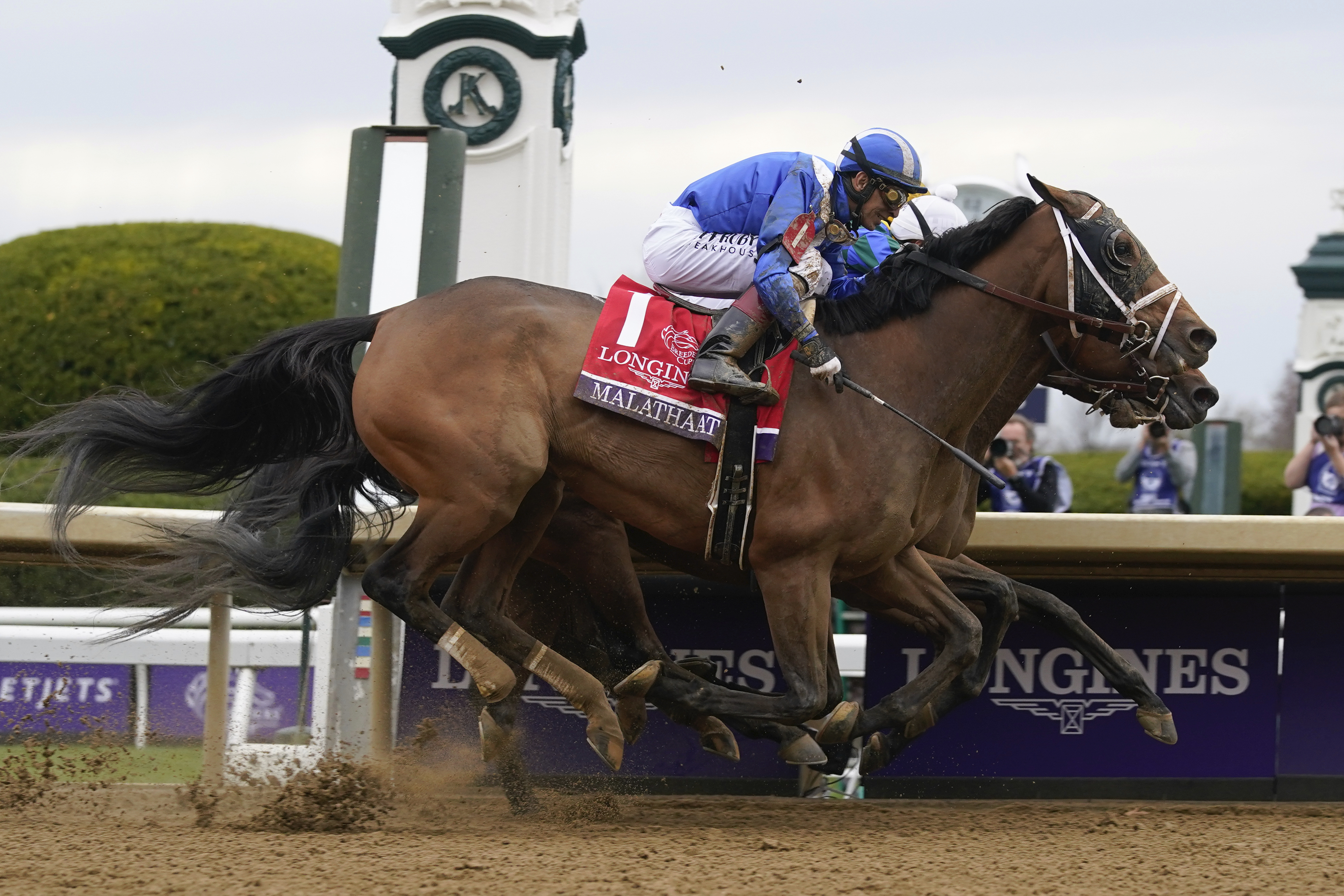 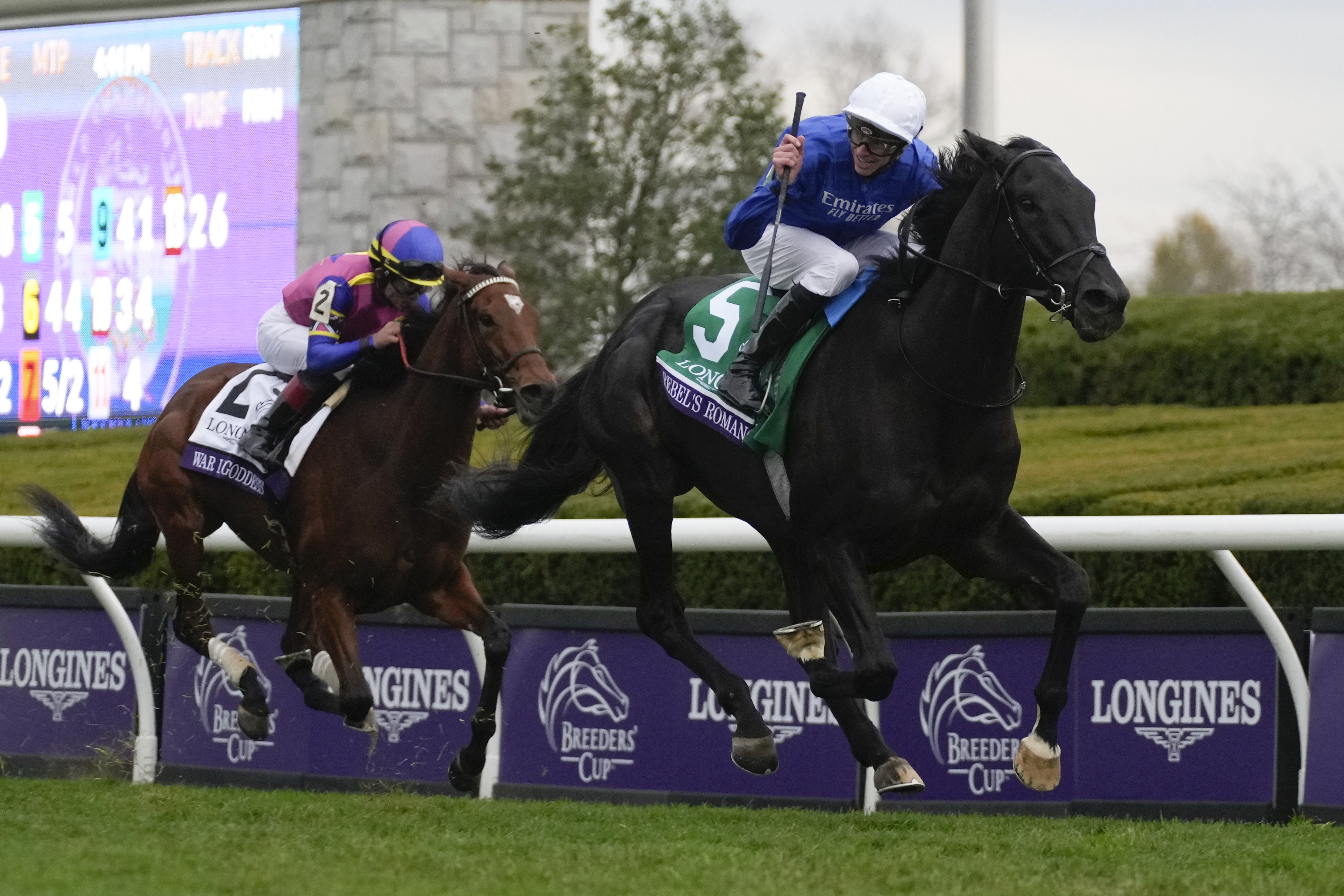 James Doyle celebrates after riding Rebel's Romance to victory ahead of Joel Rosario on War Like Goddess in the Breeders' Cup Turf race at the Keenelend Race Course, Saturday, Nov. 5, 2022, in Lexington, Ky. (AP Photo/Jeff Roberson)