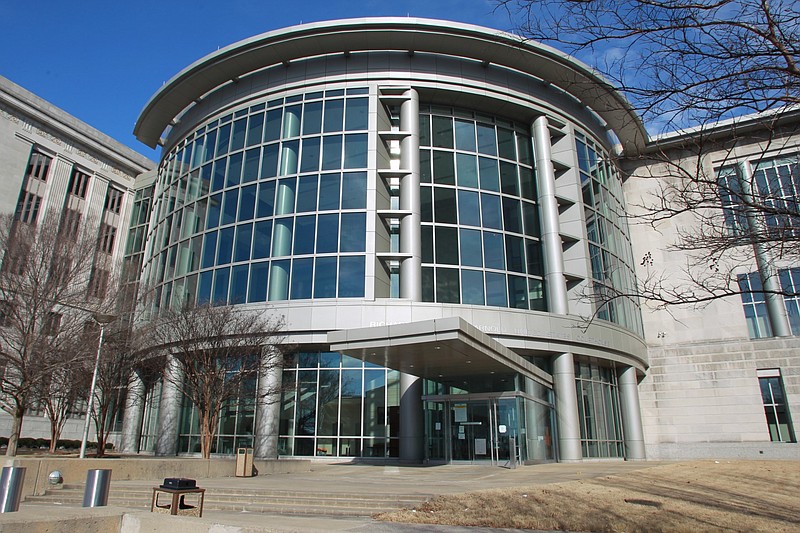 A suspiciously clean bathroom, blood-spattered clothing, a screaming outburst by a North Little Rock murder suspect, an eyewitness’ changing story and talk of a conspiracy headed by a drug dealer called “Jake the Snake” proved to be too much for Pulaski County jurors on Friday.

Tasked with deciding whether 55-year-old Timothy Owens beat 44-year-old David Ayala to death or at least participated in the August 2019 fatal attack, the eight women and four men deliberated for about six hours before signaling to Circuit Judge Leon Johnson that they could not reach the required unanimous verdict.

Owens’ guilt is a straightforward matter, prosecutors Leigh Patterson and Cameron Coker told jurors in Friday’s closing arguments. A passerby alerted police that a man was under attack in front of 1502 E. 2nd St., and officers arrived to find Ayala of New York dead nearby in the middle of North Clark Street.

Ayala was beaten so badly his brain was bleeding and his brain stem destroyed, among other injuries to his head, face and chest. Owens, a parolee, was found outside the residence, half of a duplex, with dried blood on his pants and shoes. He was arrested after DNA testing showed it was the victim’s blood, and a duplex tenant told police he saw Owens beating Ayala after Ayala had struck a woman with a gun.

“[Owens] is wearing the proof of the crime from head to toe. He’s standing outside wearing the evidence of his crime,” Patterson told jurors. “There’s no way to get around that. [Blood] is soaking through his shoes. That’s evidence of his participation.” Defense attorneys Lou Marczuk told jurors that the best prosecutors could do was show that Owens was nearby when Ayala was killed. Blood spattered on the back of Owens’ pants proves that he must have been walking away, Marczuk said in his closing remarks.

“Pay attention to the blood,” said Marczuk, who was assisted by attorney Bobbi Patterson.

Further, he told jurors that the state’s sole eyewitness, the duplex tenant, should not be trusted. That witness, Leslie Craig Show, 55, described for jurors a brutal attack on the victim that began in the bathroom, crossed through the house and into the front yard.

But if that were true, why is the bathroom so clean, unmarked by blood or struggle, absent of toiletries and towels, Marczuk asked, telling jurors that someone had obviously cleaned it before police arrived. And if Owens had just been in a fight, why did he not have any marks on him when police found him, not even swollen knuckles, the public defender asked.

Marczuk also asked jurors to consider that Show had waited until trial to name two other men he said had participated in the attack, Sandy Antonio Gardner III, 61, and Anthony Lee Williams, 58. Neither man was charged, and Gardner has since died.

“I know this man [Show] is a liar,” Marczuk said. “He’s coming forward three years later with a brand-new story.” Marczuk told jurors that what was really going on is that the Second Street home was a “crack house,” where Show worked for drug dealer “Jake the Snake,” who is likely the real killer, acknowledging he had no evidence to prove that.

“Jake” is the street name of 44-year-old Brian Keith Allen of North Little Rock, Marczuk said. Allen is currently under federal multi-county indictment on cocaine trafficking charges. Allen and another man, 61-year-old Kenneth Lavern Connors, of Jacksonville had been charged in a 2020 double-murder in North Little Rock, but prosecutors dropped the charges earlier this year after Gardner died, court records show.

Owens did not testify, but he launched into a screaming tirade on Friday as the judge began reading the jury instructions that would allow them to find him guilty as an accomplice.

“I did not kill this man,” Owens yelled as jurors watched bailiffs pull him from the courtroom. “They’re railroading me.” Court records show that Owens has either been in prison or parole since 1989 with convictions for burglary, theft, breaking or entering, forgery and commercial burglary. His most recent conviction came in December 2012 for lottery fraud. Owens had been on parole about 3½ years when he was arrested in the murder case.