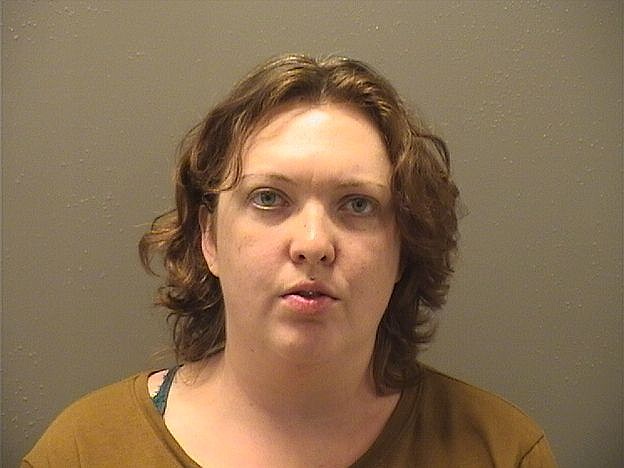 HOT SPRINGS -- A Hot Springs woman was arrested on a felony forgery charge late Thursday after police said she tried to pass counterfeit movie money at a local hotel to pay for her room.

Hillary Kay Williams, 31, who lists a Bell Terre Court address, was taken into custody shortly after 11 p.m. at the Economy Inn, 805 E. Grand Ave., and charged with one count of second-degree forgery, punishable by up to 20 years in prison.

According to a probable cause affidavit, shortly after 10:30 p.m., Hot Springs police officer William Stockwell responded to the hotel regarding a complaint about suspected counterfeit money.

The hotel manager told dispatchers it involved a man and woman and gave descriptions of the two.

As officers pulled in, the manager waved them over and pointed out a man sitting on some stairs nearby and a woman sitting in a Chevrolet Impala in the parking lot. Then the manager gave Stockwell a $100 bill which he noted stated, "For Motion Picture Purposes" on the front and back and lacked any watermarks.

Stockwell spoke to the male who stated that he was staying with the woman, but the hotel room was in her name and she was the one who paid for it with the $100 bill, which Stockwell confirmed by talking with the hotel clerk who handled it.

At that time, the man was told he was free to leave and officers made contact with the woman, identified as Williams. She admitted to passing the bill, but claimed she had received it from the money center at Walmart, police said.

The man with Williams had earlier told officers Williams had received the money from "a white older male with long hair" who was not a Walmart employee, police said. Williams was taken into custody at the scene without incident.