Amid cautious optimism, WHO urges vigilance on variants by Compiled by Democrat-Gazette staff from wire reports | November 10, 2022 at 3:52 a.m. 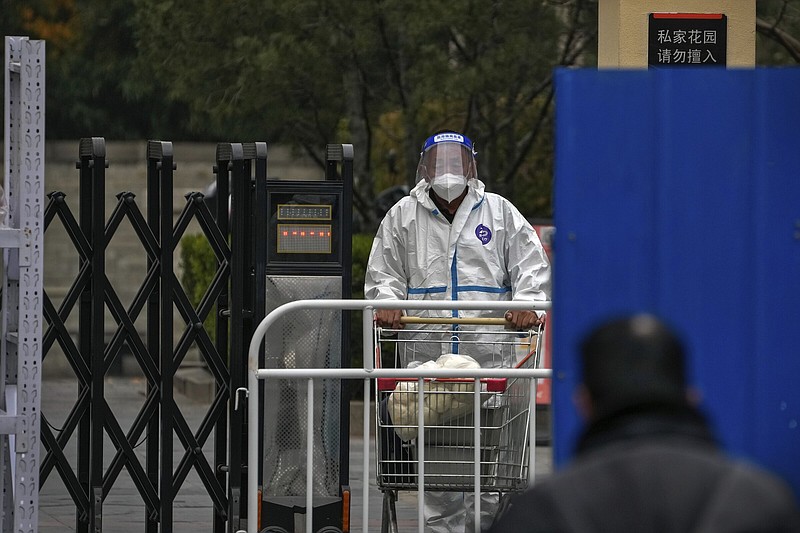 A worker in protective clothing transfers foods to a barricaded neighborhood locked down for health monitoring following a covid-19 case detected in the area Wednesday in Beijing. (AP/Andy Wong)

GENEVA -- The World Health Organization chief on Wednesday said a nearly 90% drop in recent covid-19 deaths globally compared with nine months ago provides "cause for optimism," but still urged vigilance against the pandemic as variants continue to crop up.

Director-General Tedros Adhanom Ghebreyesus said that last week just over 9,400 deaths linked to the coronavirus were reported to the WHO. In February of this year, he said, weekly deaths had topped 75,000 globally.

"We have come a long way, and this is definitely cause for optimism. But we continue to call on all governments, communities and individuals to remain vigilant," he said at a virtual news conference from the WHO's Geneva headquarters.

The U.N. health agency said the tally of newly registered covid-19 cases worldwide came in at over 2.1 million for the week ending Sunday, down 15% from the previous week. The number of weekly deaths fell 10% compared to a week earlier.

Overall, the WHO has reported 629 million cases and 6.5 million deaths linked to the pandemic.

Maria Van Kerkhove, the WHO's technical lead on covid-19, cited a "substantial underestimate" of the true circulation of the virus because surveillance and testing have declined along with a drop in case counts. She said the coronavirus outbreak is "still a pandemic, and it's still circulating quite rampantly around the world" -- and a key focus now was on hospitalizations and deaths.

A surge in covid-19 cases has spurred lockdowns in the southern Chinese manufacturing hub of Guangzhou, adding to financial pressure that has disrupted global supply chains and sharply slowed growth in the world's second-largest economy.

Residents in districts encompassing almost 5 million people have been ordered to stay home at least through Sunday, with one member of each family allowed out once per day to purchase necessities, local authorities said Wednesday.

The order came after the densely populated city of 13 million reported more than 2,500 new cases over the previous 24 hours. Public transport has been suspended and classes halted across much of Guangzhou, while flights to Beijing and other major cities have been canceled, according to state media.

China has retained its strict "zero-covid" policy despite relatively low case numbers and no new deaths.

The tight restrictions have sparked occasional clashes between residents and local Communist Party officials, who are threatened with punishment if reported cases in their areas of jurisdiction climb above levels deemed acceptable.

The party under the leadership of President Xi Jinping has dismissed calls from the United Nations' World Health Organization to ease regulations, refused to import foreign vaccines and defied requests to release more information about the source of the virus, which was first detected in the central Chinese city of Wuhan in late 2019.

Information for this article was contributed by Jamey Keaten and staff writers of The Associated Press. 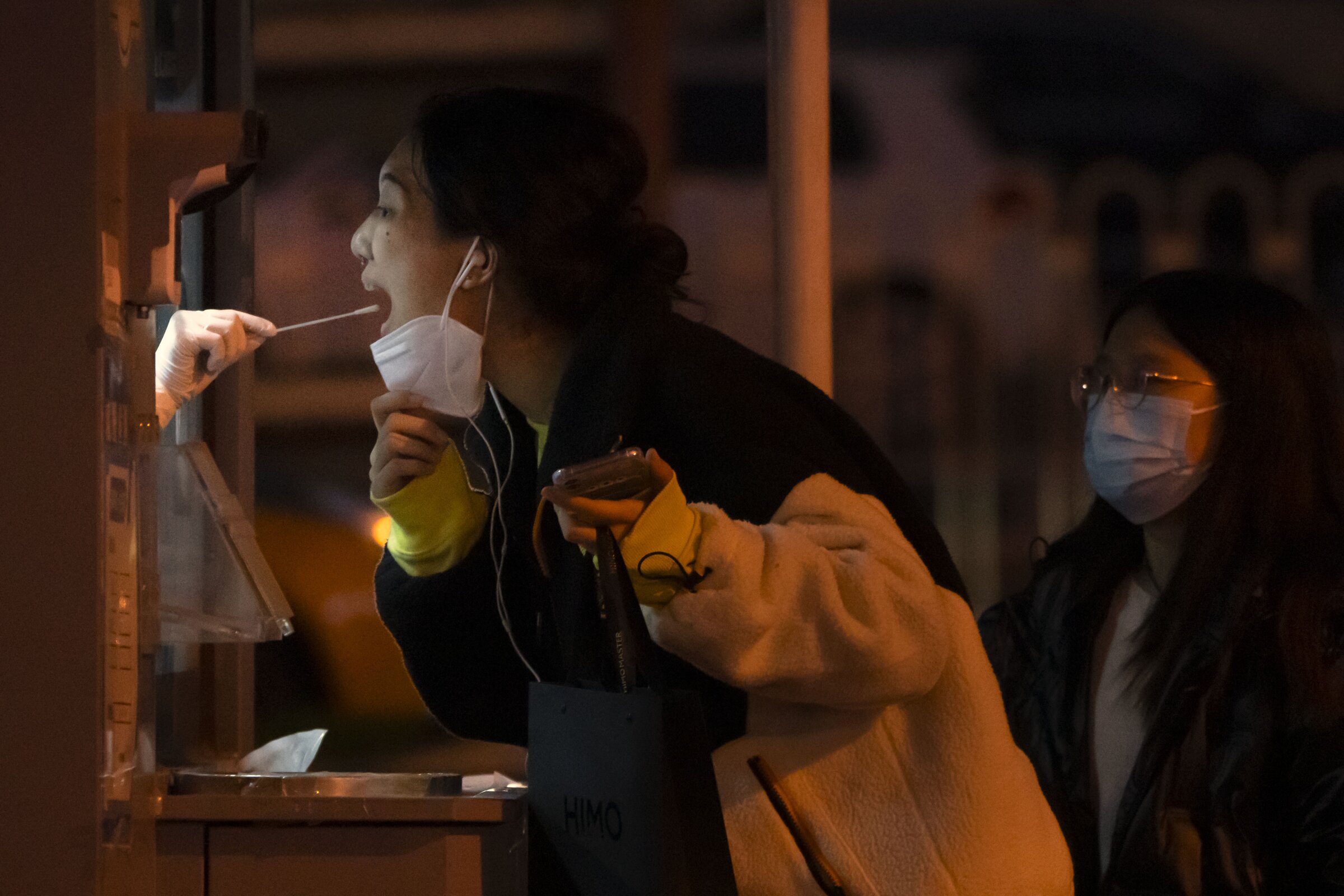 A woman has her throat swabbed for a covid-19 test at a coronavirus testing site Wednesday in Beijing. (AP/Mark Schiefelbein)