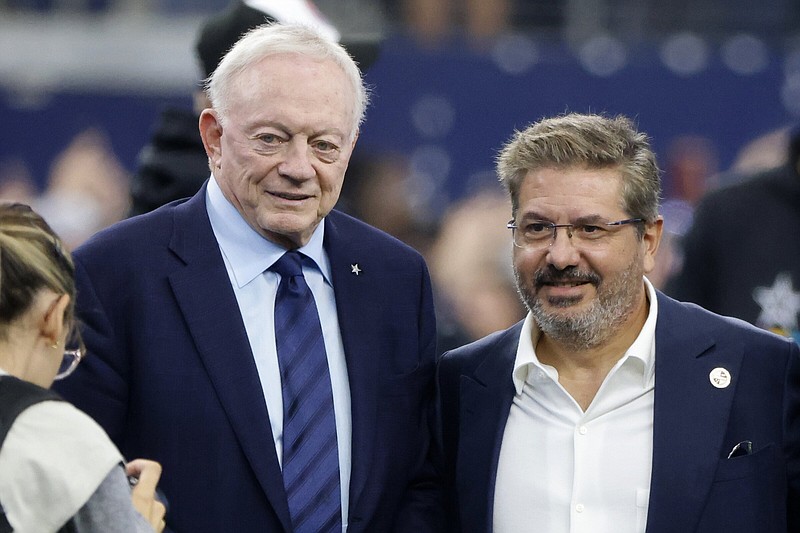 Dallas Cowboys team owner Jerry Jones and Dan Snyder, co-owner and co-CEO of the Washington Commanders, pose for a photo on the field during warmups before a NFL football game in Arlington, Texas, Sunday, Oct. 2, 2022. (AP Photo/Michael Ainsworth)

WASHINGTON -- Washington Commanders owner Dan Snyder and NFL Commissioner Roger Goodell were sued by the District of Columbia on Thursday, accused of colluding to deceive fans by lying about an inquiry into "sexual misconduct and a persistently hostile work environment" within the team.

The individual club and the league as a whole were also named in the consumer protection civil lawsuit, which D.C. Attorney General Karl Racine said was based on his office's investigation that began in the fall of 2021.

Racine said the defendants jointly "misled the public" about the contents of, and procedure surrounding lawyer Beth Wilkinson's examination of the team's workplace culture that began in 2020. His office seeks a court order that will force the league to release Wilkinson's findings.

"For years, the team and its owner have caused very real and very serious harm and then lied about it to dodge accountability," Racine said, also pointing a finger at Goodell and the NFL. "They did all of this to hide the truth, protect their images and let the profits continue to roll."

Racine said that even though the team practices in Virginia and plays its games in Maryland, it is strongly connected to Washington and violated D.C. consumers' rights. Racine said the capital city's Consumer Protection Procedures Act provides for fines of up to $5,000 per lie -- which his office estimated could result in millions of dollars in penalties.

Asked about a parallel review into the Commanders' finances and withholding money from season-ticket holders, Racine said, "There'll be more news on that next week." The U.S. House Committee for Oversight and Reform, which has one of a handful of other investigations into Snyder, referred a case about the club's potential financial improprieties to the Federal Trade Commission in April, citing questionable business practices related to ticket revenue.

NFL spokesman Brian McCarthy said Wilkinson's investigation was thoroughly and comprehensively conducted, the league publicly released a summary and imposed a record-setting fine of $10 million on the team and its ownership.

"We reject the legally unsound and factually baseless allegations made today by the D.C. Attorney General against the NFL and Commissioner Goodell and will vigorously defend against those claims," McCarthy wrote in an email.

Lawyers representing the Commanders said Snyder and his wife and co-owner, Tanya, acknowledged an unacceptable workplace culture more than two years ago and "have apologized many times for allowing that to happen."

"We agree with AG Racine on one thing: the public needs to know the truth," Commanders counsel John Brownlee and Stuart Nash said in a statement sent through a team spokesperson. "Although the lawsuit repeats a lot of innuendo, half-truths and lies, we welcome this opportunity to defend the organization -- for the first time -- in a court of law and to establish, once and for all, what is fact and what is fiction."

The filing Thursday in D.C. Superior Court says Snyder "cultivated an environment ... that glorifies sexual harassment and punishes victims for speaking out." According to the complaint, team "employees say the workplace was 'like the mafia' ... creating a culture of fear and paranoia."

"The misconduct did not just go to the top; it originated there," the court filing says, noting that a former long-time team executive said employees referred to Snyder as the "Chief Harassing Officer."

The complaint outlines ways in which the attorney general's office says Snyder has been accused of "further cultivating the team's culture of sexual harassment," such as bringing "women believed to be sex workers to work-related events," overseeing the team's cheerleading program and exercising "control over everything, from which cheerleading candidates made the cut, to which photos were used in the cheerleader calendar, to how revealing the cheerleading uniforms would be."

The team remains the subject of multiple other ongoing investigations, including by the attorney general of Virginia, Congress and the NFL. Goodell has said there is no timetable for when former U.S. Attorney Mary Jo White's review on behalf of the league will be completed. 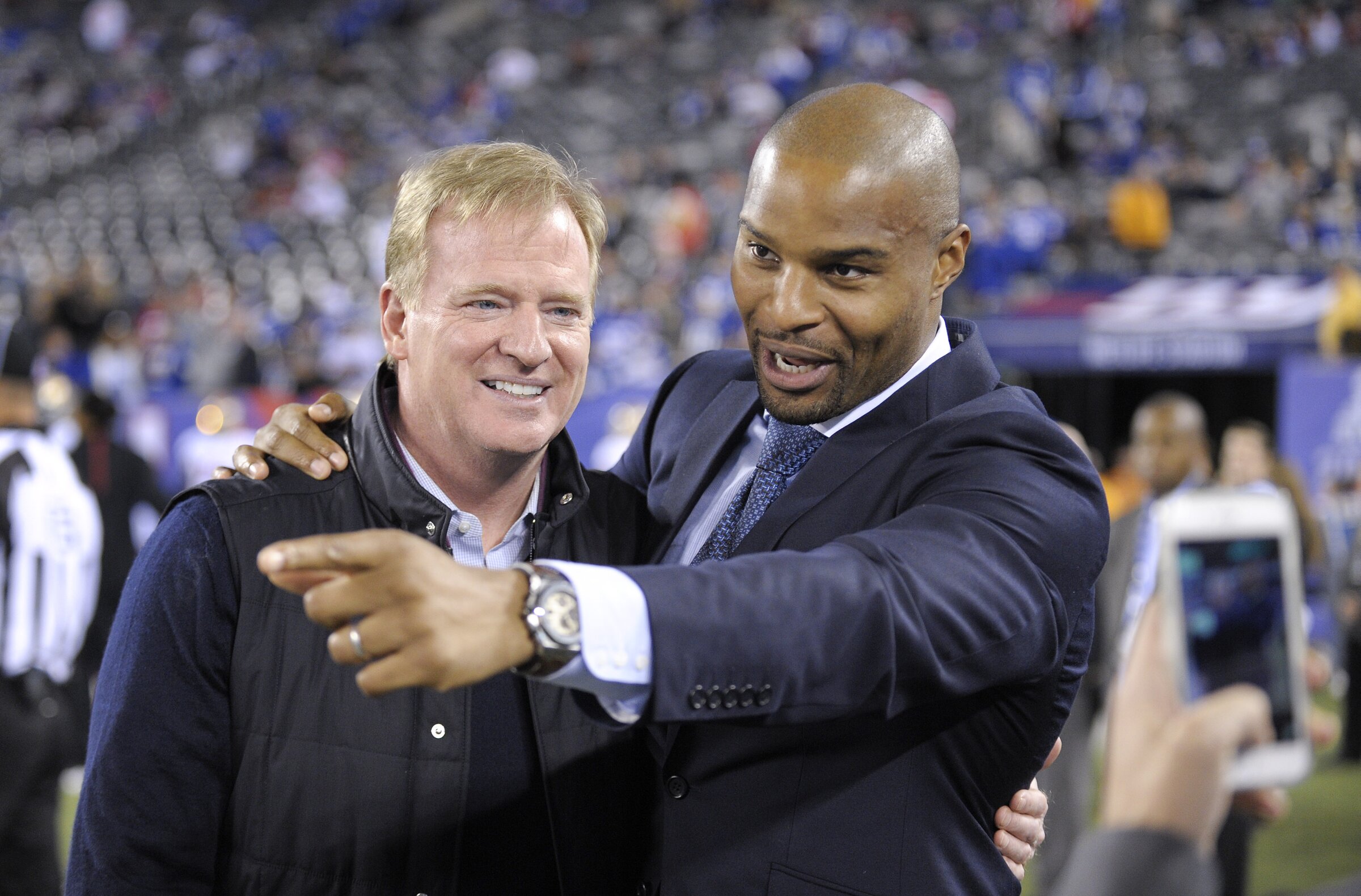