OPINION | REVIEW: ‘My Policeman’ infused with a sense of authenticity 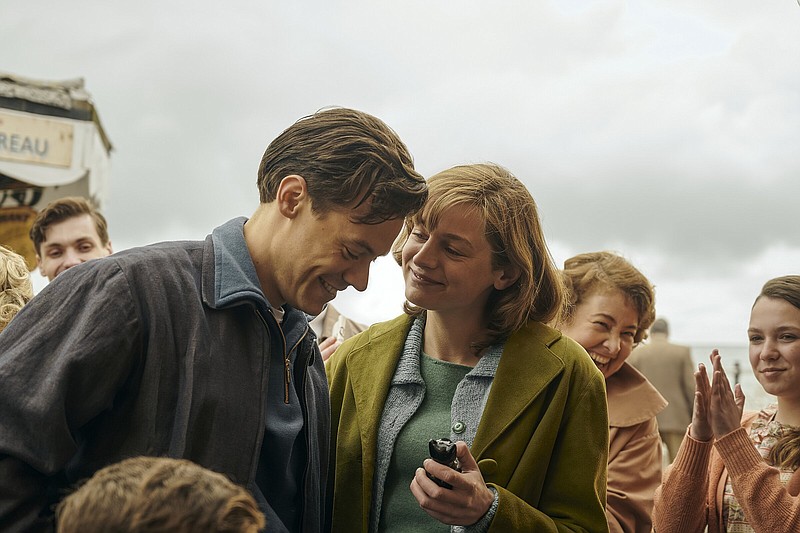 It doesn't take much effort to figure out where "My Policeman" is going, but director Michael Grandage ("Genius") and screenwriter Ron Nyswaner ("Philadelphia") make the film, now playing on Amazon Prime, work by consistently infusing it with a sense of authenticity.

Marion (Emma Corrin) seems to have found a remarkably desirable husband in Tom (Harry Styles). The young man may look a little too at home in his Brighton Police uniform, but he has charm to spare and seems interested in expanding his mind beyond his working class roots. When he offers to teach her to swim, the shy Marion needs relatively little persuasion.

He also takes her to museums and concert halls, even though they are not something she would normally indulge in. He doesn't, either. He tends to sleep during recitals.

While she enjoys his company, she notices he's almost always with his friend Patrick (David Dawson), who can get them into venues because of his job at the museum. Curiously, he's always around even when Marion and Tom make a trip to the pub.

Because most of "My Policeman" is set in the late 1950s, it's easy to figure out why Marion doesn't have much solo time with Tom, even though she seems a bit slow to process the matter. Homosexuality was illegal in England at the time, and Tom stands to lose both his job and his freedom if faster minds than Marion's understand the tangled relationship.

Decades later, Marion (Gina McKee) takes in Patrick (Rupert Everett) after a stroke has almost immobilized him and left him barely able to speak. She doesn't want an old friend institutionalized, but Tom (Linus Roache), now long married to Marion, won't even acknowledge the man in his own house.

Figuring out how we've gotten from a happy, if not exactly forthright, trio of friends to this point is involving because the characters lack a vocabulary to state what's obvious to the camera. "The love that dare not speak its name" is hard for characters to discuss because its definition is so murky. As a cop, Tom has pretty traditional views of the world and can't process his own desires for either Patrick or Marion. While his lovemaking with the latter borders on the comic, he can't make long term plans with Patrick during the '50s, and Marion might resent not having her husband to herself.

Having a solid cast certainly helps. While I found Styles to be a cold fish in "Don't Worry Darling," he shows far more range and finesse here. Nyswaner and Grandage ask him to do more than be a dream husband, and frankly any actor would have more fun being a flawed, if passionate spouse.

If Brighton seems stifling in the mid-20th century, at lease Grandage shoots the seaside city lovingly. The stifling lifestyle is almost tolerable with the breathtaking scenery. Having an interlude in Venice doesn't hurt, either.

Because the conclusion is obvious, watching "My Policeman" seems like staring into a crystal ball. At least, the figures inside are worth our attention.