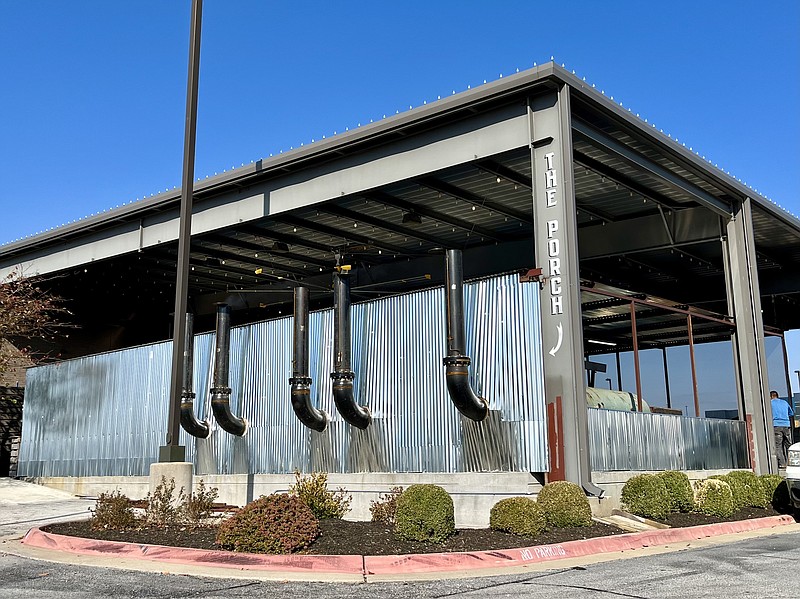 Last week was Washington County. In today's column, we're featuring a few new restaurants open or on the way in Benton County.

A new "trailside patio pub" called The Bend recently opened in Bentonville off the Razorback Greenway.

The menu by chef and partner Rob Nelson of Tusk & Trotter features flatbreads, sandwiches and salads. Other snacks and beverages are available too, including draft beer, canned beers, wines and seltzers and hard ciders.

Bentonville is getting its own Culver's.

Stay tuned for more opening info in the near future.

A Sonic Drive-In that burned down in January will be replaced at 208 S. Walton Blvd.

The popular barbecue restaurant is open at 5001 W. Pauline Whitaker Pkwy. from 10:30 a.m. to 9 p.m. Tuesday through Saturday.

It is the business' third location after opening stores in Johnson and Bentonville.

The Vietnamese restaurant will serve banh mi, pho, stir-fry noodles and more, according to the menu posted to its Facebook page.

The restaurant is one of several by a group that plans to open 10 taco and burrito shops all over Northwest Arkansas, including in Tontitown and at Martin Luther King Jr. Boulevard in Fayetteville. A Siloam Springs store opened last month.

Boba tea and a variety of Thai and Vietnamese foods are on the menu, according to their social media.

Beth Bengs said the restaurant is "casual with an upscale twist," Lynn Atkins reported a few weeks ago for the Weekly Vista and NWA Democrat-Gazette.

It is located at 1889 Bella Vista Way, the old American Legion building on U.S. 71B. A patio outside the building seats about 100 people.

The restaurant is decorated with antiques and holds up to 99 people between indoor and outdoor tables, Annette Beard reported for the Pea Ridge Times and NWA Democrat-Gazette.

Menu items include a chicken salad sandwich on cranberry-raisin bread, a beef link on a hoagie bun, a ham and bacon panini and a charcuterie board.

We'll be back next week with more restaurant openings across Northwest Arkansas. Has one recently opened or closed near you? Does your favorite spot have a new menu? Let us know. Email gmoore@nwaonline.com .