Trojans scrape out win against Lions 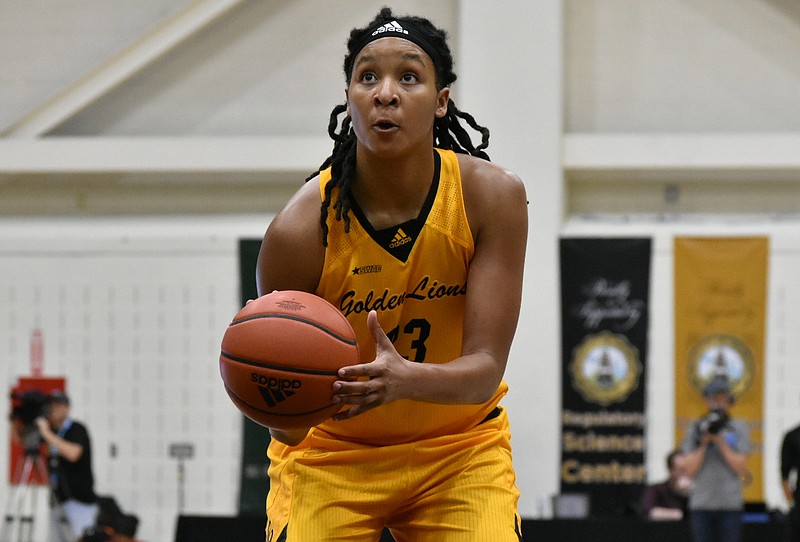 LITTLE ROCK – The University of Arkansas at Little Rock Trojans held off the UA Pine Bluff Lady Lions, 60-56, at the Jack Stephens Center on Thursday.

There were a total of 7 lead changes and 6 ties in the first 20 minutes, with the biggest lead by either team being 4.

There were a total of 20 turnovers in the first half with 8 from UAPB and 12 from Little Rock. Both teams had players diving for loose balls and sacrificing their bodies for extra possessions, with the Lady Lions showing energy coming off just their first game of the season on Monday against a tough University of Arkansas squad.

UAPB's tenacious defense kept them in the game throughout. The Lady Lions (0-2) held Little Rock (1-0) to 38% shooting the whole game and forced 16 turnovers.

When the third quarter started, the Trojans piled up a 9-point lead and were looking to pull away, but the Lady Lions never gave up and kept slowly coming back, keeping in striking distance. The Lady Lions tied the game by the end of the quarter.

The fourth quarter was almost the same, with the Trojans having a 7-point lead only for UAPB to storm back. A 3-pointer by Kourtney Rittenberry cut the Trojan lead down to 3 with 30 seconds left.

Little Rock got a questionable foul call in its favor after Rittenberry's 3. Tia Harvey went to the line and hit a free throw to make it a 4-point game, putting the game out of reach for the Lady Lions.

Little Rock's Jaiyah Harris-Smith, who hauled in 7 points, 11 rebounds and 6 assists and was everywhere on the floor, especially in big moments.

UAPB center Maori Davenport has signed the largest name-image-likeness deal for a female athlete from a historically Black college or university.

Davenport had 5 points and 8 rebounds on 2-for-4 shooting against Little Rock.

The Lady Lions' next game will be at home against Philander Smith College at 6 p.m. Tuesday. Little Rock will host Ole Miss at 1 p.m. Sunday.