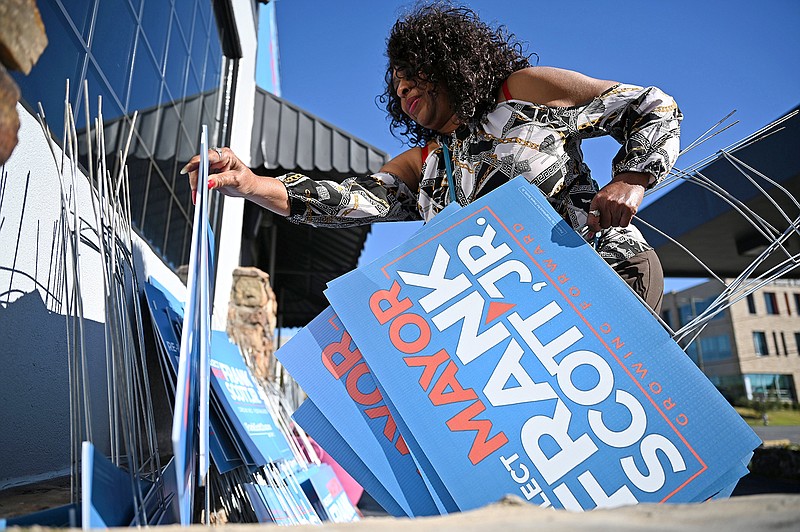 For months they were everywhere.

Across the country and across Arkansas, everywhere you looked in public intersections and on private property, there they were telling you a lot and very little at the same time.

But they were all reminders about a looming deadline.

Then Tuesday, Nov. 8 -- known this year as Election Day -- came and went and thousands upon thousands of campaign signs became obsolete eyesores.

When it came to the Little Rock mayoral campaign, a lot of money was spent on signs that are now useless.

Frank Scott Jr.'s reelection campaign, according to its final campaign finance filing before Election Day, spent $25,465.77 on sign printing from Feb. 1 through Oct. 29.

According to a campaign spokesperson, that amounted to roughly 2,600 signs produced to remind Little Rock citizens that Scott wanted another four years in office.

The majority of the signs that the campaign placed itself were located in the areas around John Barrow Road, University Park, Asher Avenue and in southwest Little Rock.

Then there's the losing campaign.

According to a person connected to it, Steve Landers' mayoral campaign used Little Rock company Roll'n Wrapz to produce signs.

On its last campaign finance filing, which reflected March through Oct. 24, the Landers campaign listed having paid Roll'n Wrapz $47,449.74 for its services. The campaign person didn't know how many signs it had made.

So what happens to the signs now?

On Thursday, a crew from the Scott campaign began the process of picking up signs, starting in the University Park area.

All of the signs the campaign collects will be taken back to the campaign's headquarters, where they will be moved into storage. Then they'll wait to potentially see the light of day in 2026.

The Landers campaign person said Roll'n Wrapz would pick up its signs.

That still leaves untold amounts of signs promoting candidates who won and lost and amendments that weren't adopted by Arkansas voters.

They have to go somewhere.

And if they're in the public right of way when it comes to the streets of Little Rock, they may wind up in a special location: The Shed of Misfit Campaign Signs.

Eric Petty has been the manager of the operations division in Little Rock's Public Works for 18 years.

In that time, unwanted campaign signs have wound up at the operations division.

Specifically, in a 20-foot-by-10-foot metal shed out behind the operations maintenance facility at 3313 J. E. Davis Drive.

Hanging from the top of the shed is, appropriately, a neon yellow sign that reads "SIGNS ONLY."

On Thursday, two days after the election, the walls of the metal shed had dozens of signs leaning against it.

There were a few Scott campaign signs. Buried beneath them was a sign for a Little Rock city director campaign and a Latinos for Landers sign. On top of that, the shed is home to an assortment of estate sale and garage sale signs and various other forgotten pieces.

More are sure to join them in the coming days.

However, you won't see anyone from the operations department going out of their way to pick up neglected campaign signs.

First, you have to complain about them.

"What we do as elections are coming up, the city has a 311 service request line where residents can call in and one of the things that they can ask for a service request is to pick up political signs that are in the public right of way," Petty said.

Petty describes the right of way as being a public road, plus any sidewalk and gutter that lines it, in addition to an area of about seven feet beyond that.

When a call comes in about signs, the job typically goes to a regularly scheduled litter collection crew.

"We have a three- to four-person crew that every single day they're assigned to go out pick up litter off streets," Petty said. "Sometimes if we get a request to pick up signs out of the right of way, they'll just go do that."

Petty says the shed has rarely, if ever, been full. Campaign people often will come by the operations building to go through it to reclaim their property. But some campaign signs will remain unwanted.

"[If it's not that full] we'll wait until it's about to be the next election season, then we'll go throw away the ones from the prior season," Petty said. "Because that's really the only purpose of this shed, is the little signs we collect." 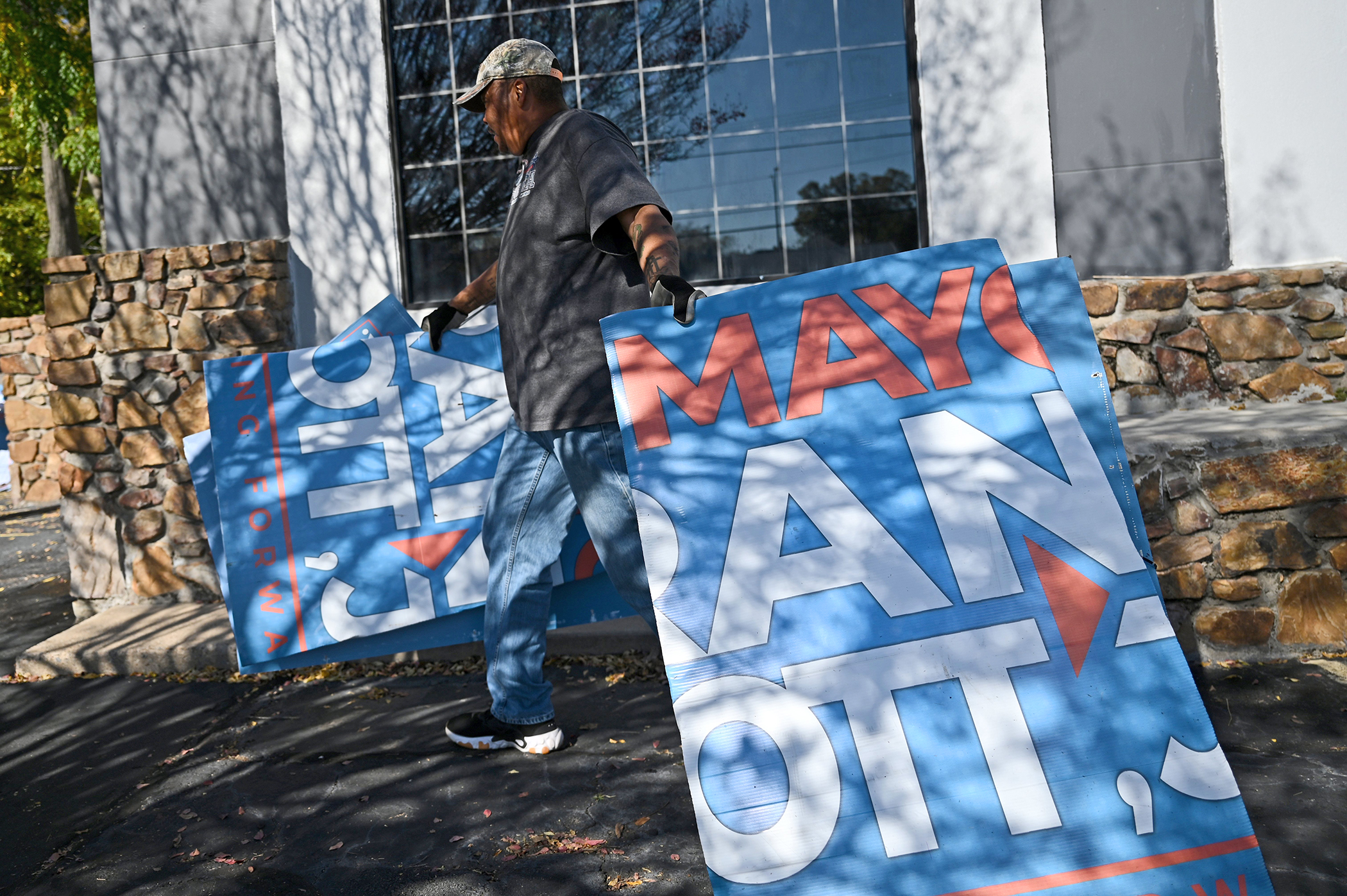