It aims to upgrade energy, transport systems in transition by SAMY MAGDY The Associated Press | November 13, 2022 at 2:01 a.m. 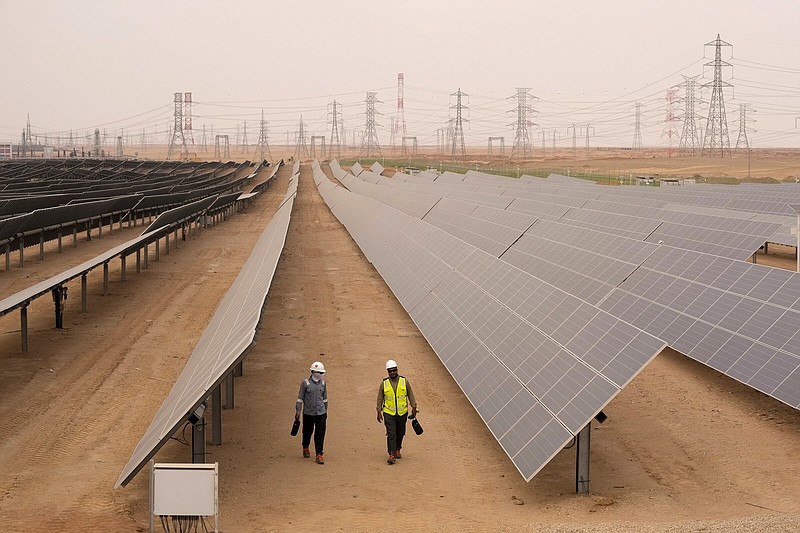 Engineers walk next to solar panels in October at Benban Solar Park, one of the world’s largest solar power plants in the world, in Aswan, Egypt. (AP/Amr Nabil)

SHARM EL-SHEIKH, Egypt -- Egypt, the host of this year's U.N. climate talks, is racking up a number of deals to go green on its energy and transport systems still heavily reliant on heavily polluting fossil fuels.

The agreements include a $10 billion investment to replace "inefficient thermal power plants" with clean energy like wind or solar, funded by institutions such as the European Bank for Reconstruction and Development, the African Development Bank, HSBC and CitiBank.

Egyptian President Abdel Fattah el-Sissi and the Norwegian Prime Minister Jonas Gahr Støre said the two countries would establish a major hydrogen plant -- which would use renewable energy to generate hydrogen -- in Egypt's Ain el-Sokhna on the Red Sea.

The project will have a capacity to produce 100 megawatts of hydrogen once completed, officials said. They added that the project as well as others on food and transportation are part of Egypt's national Nexus of Water, Food and Energy program, which was launched in July. The program aims to mobilize climate funding and investments to support the country's transition to clean energy.

Norwegian renewable energy company Scatec will take the lead in developing the hydrogen project. The company already has a footprint in Egypt, having developed the Benban solar park, one of the world's largest, in the Aswan province of upper Egypt.

Recently, Germany announced that it had also signed a preliminary deal with Egypt to buy more natural gas and help the North African nation develop facilities for hydrogen production.

According to the International Energy Agency, Egypt currently gets more than 90% of its electricity from natural gas and oil. Scientists say the use of such fossil fuels need to be replaced worldwide by renewable energy sources as soon as possible to tackle climate change.

"The energy matrix of Egypt, but also many other countries, is shifting radically in terms of the integration of renewable energy, of electrification, of transport," said Achim Steiner, the head of the U.N. Development Program.

In recent years, Egypt has intensified efforts to embrace alternative renewable energy and shift away from fossil fuel dependency. El-Sissi's government aims to generate 42% of the country's electricity from renewable sources by 2035, according to the country's New and Renewable Energy Authority.

The deal, signed on the sidelines of the two-week climate talks in Sharm el-Sheikh, is worth over a billion dollars and will initially run for 15 years.

With Egypt's population projected to grow from 104 to 160 million by 2050, the country is hoping high-speed rail will provide a cleaner and safer alternative to its often congested roads.

The first line will connect Alexandria, Cairo and a new administrative capital from 2025. Two further lines linking Abu Simbel, Luxor and Hurghada on the Red Sea will be added later, connecting 90% of Egypt's population to the network.

Information for this article was contributed by Frank Jordans of the Associated Press. 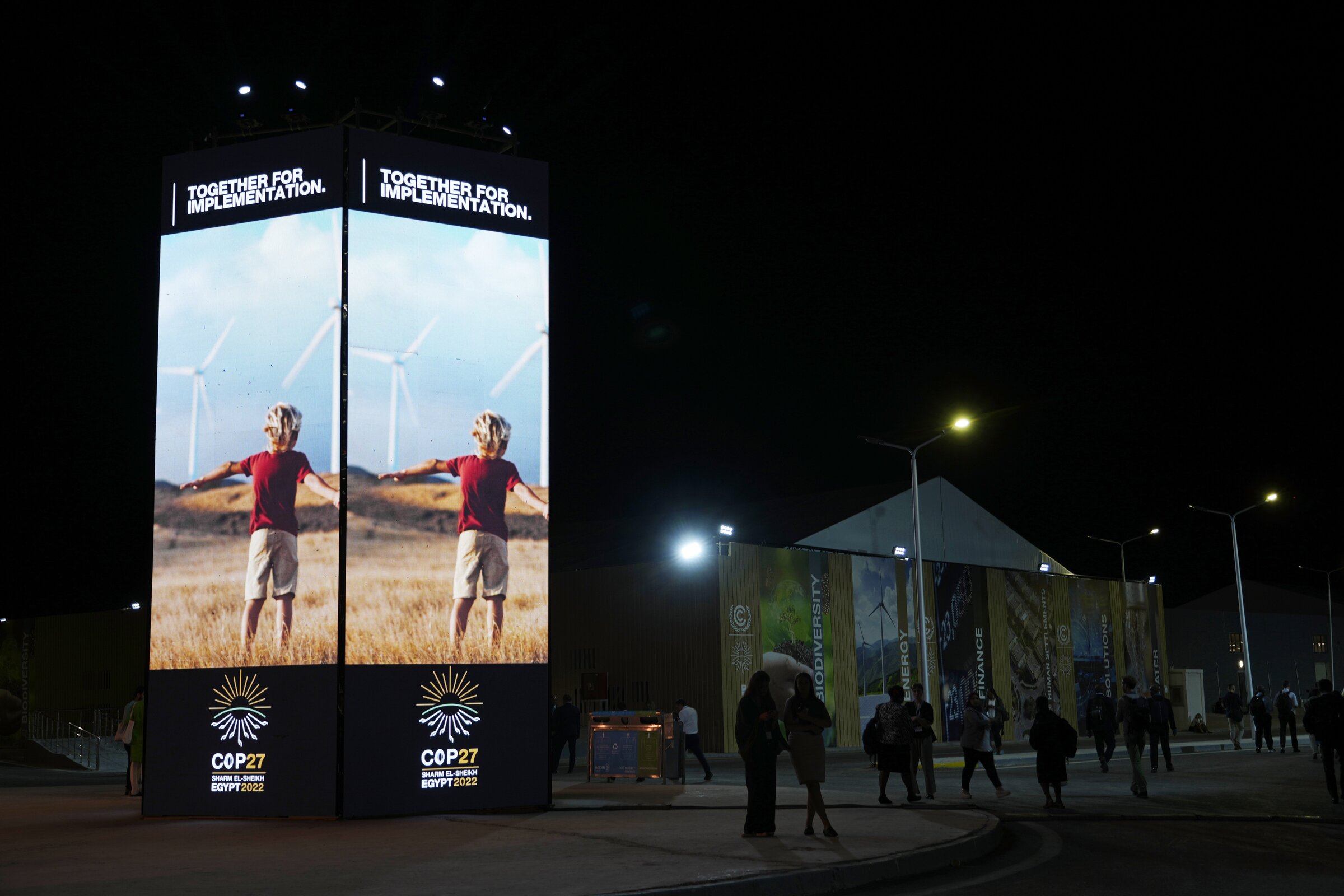 People walk past an image of wind turbines at the COP27 U.N. Climate Summit, in Sharm el-Sheikh, Egypt this month. (AP/Peter Dejong)