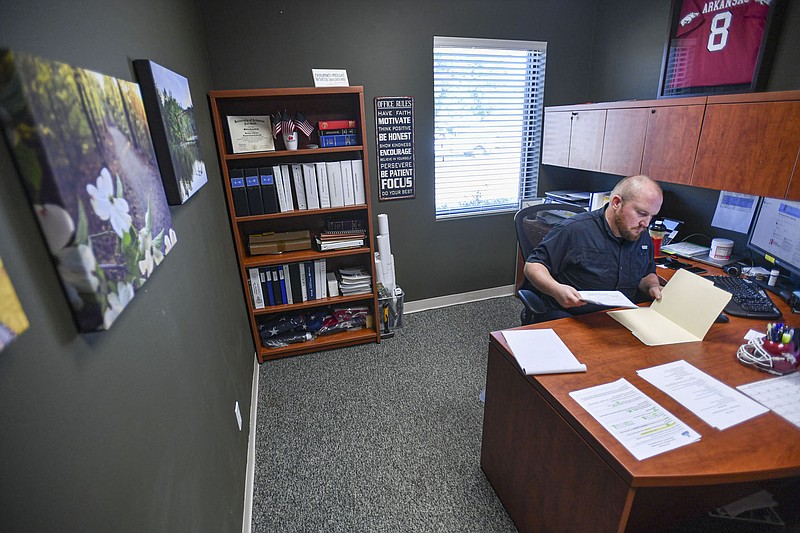 Casey Craig, the new director of the City of Greenwood Parks and Recreation Department, works in his office, Wednesday, Nov. 9, 2022, at Greenwood City Hall in downtown Greenwood. Craig began his tenure at the position this past Monday. Visit nwaonline.com/221113Daily/ for today's photo gallery. (NWA Democrat-Gazette/Hank Layton)

GREENWOOD -- The new parks director of Sebastian County's second-largest city said personal interaction with the people he would serve motivated him to apply for the position in the first place.

Craig comes to the Greenwood Parks and Recreation Department as the former animal control/code enforcement officer for the city.

Craig said he saw the parks director job as an opportunity to better himself professionally, being intrigued at the prospect of engaging with the community more frequently than in his previous role. He was also intrigued by the idea of engaging the community with special events through the parks department, as well as organizing and planning them.

"I liked having that personal interaction with somebody and being able to have it on more of a routine basis," Craig said. "As an animal control officer, it's usually just more of a one-and-done situation. You're going to see them, maybe interact with them a little bit, and then you're gone. You probably won't ever see them again, whereas with special events in the parks and also just being around as parks director, you are going to see them more on a routine basis it seems."

Prior to this, Craig began working as a cross connection technician for the Fort Smith Utility Department in May 2020, according to his resume. He became a construction inspector for the department in December 2020 before joining Greenwood the following May. He graduated with a bachelor's degree in organizational leadership from the University of Arkansas at Fort Smith in August 2021.

Craig, a Greenwood resident, said Tuesday he'll be able to use his past construction experience to see the Parks Department's 24 open projects through to completion.

Mayor Doug Kinslow said he believed Craig did a "really good, professional job" of handling the responsibilities and situations that came with being Greenwood's animal control/code enforcement officer.

"I think he's going to do a good job," Kinslow said. "He's very reliable, to say the least. He's always here and he takes his job very seriously and he's already working on some new aspects of what he wants to bring to the Parks Commission. We're excited to see all those take place."

Briley, who became parks director in May 2019, said Sept. 27 she decided to resign after being accused of not properly communicating with the commission about a project to reallocate up to $30,000 from a low-water bridge project at Greenwood City Lake to build a fishing pier. She said she put a recommendation for the project "as an FYI" in a report to the City Council for its Sept. 12 meeting without the commission approving the project first.

Briley said she spoke with Joel Goldstein, commission chairman, about the project prior to the meeting. She also put the project in her report knowing the commission would have to approve it, she said.

Goldstein said Sept. 27 the commission felt blindsided by Briley's report. He confirmed Briley expressed her interest in the project to him before the council meeting and told her he was fine with it, although he also noted she needed the commission's approval. The commission discussed the matter Sept. 20, along with Briley's reported lack of attendance at commission subcommittee meetings.

While he didn't participate in the commission's vote to hire Craig, Goldstein said he believes the commission chose Craig due to his background working in construction and for Greenwood, as well as his education. Goldstein has also heard good things about Craig concerning his recordkeeping skills and relationship with the public.

Goldstein said he urged Craig to present ideas he would like to see for the parks to the Parks Commission for its approval after researching what they would involve to avoid a situation similar to what happened with Briley. He also emphasized the importance of providing the Parks Commission information so they can make an informed decision.

The parks director's job is to oversee the Parks Department and parks projects, according to Goldstein.

Craig said Briley, along with Kinslow and Richard McKinney, who served as parks director from June 2007 to June 2014 and from August 2016 to February 2018 respectively, laid a solid foundation for him. He described two other "outstanding" Parks Department employees, DeWayne Tucker and Hunter Jones, as running a "well-oiled machine."

"I think that the precedence has certainly been set," Craig said. "It's just my job to live up to it."

Craig said his long-term goals for the parks department include linking the trail system in Greenwood together, expanding and improving annual city events and improving the department's relationship with community vendors and other participants in city events.

The parks director position comes with a $53,000 annual salary, according to Danielle Smith, city human resources director and executive assistant to Kinslow. 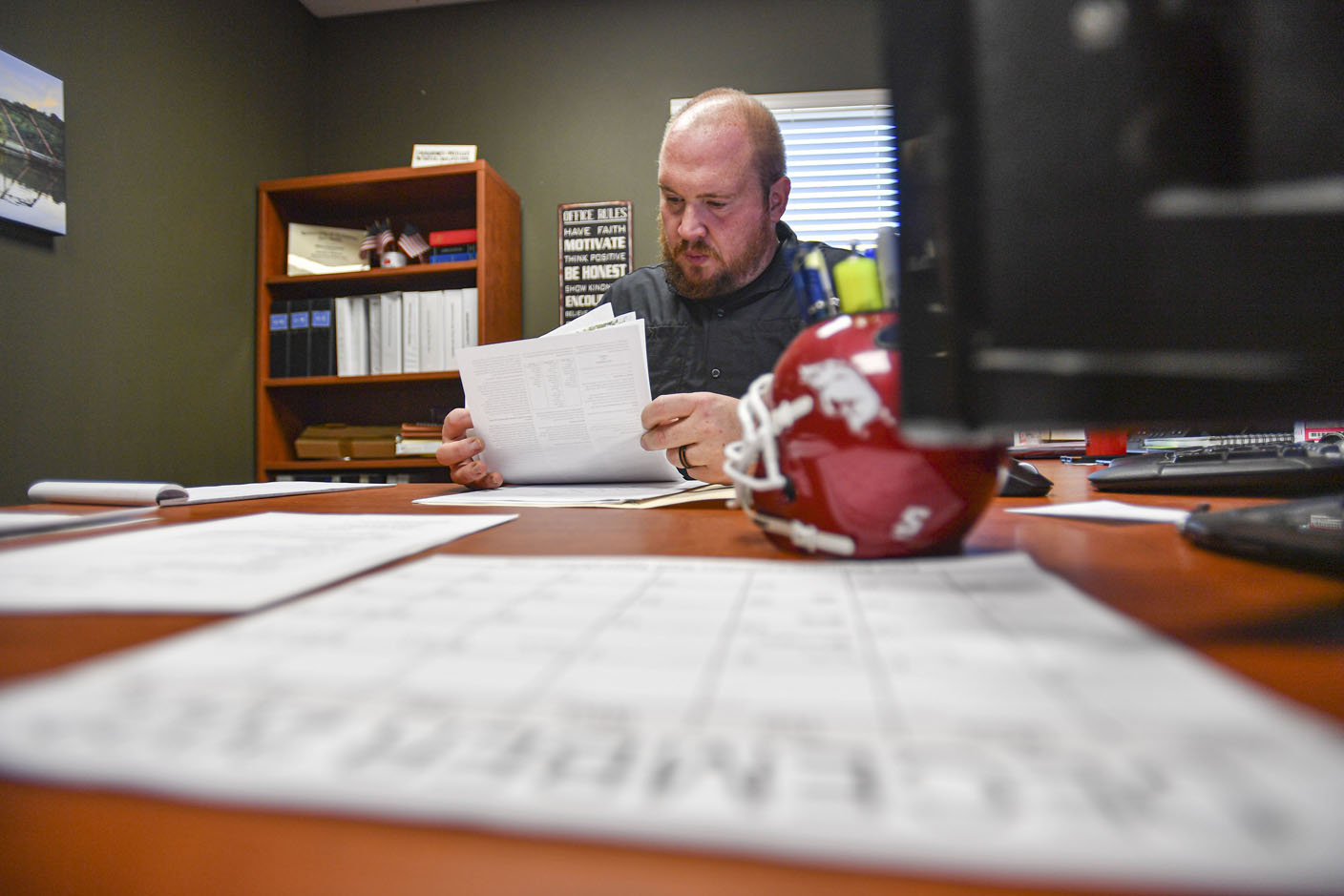 Casey Craig, the new director of the City of Greenwood Parks and Recreation Department, works in his office, Wednesday, Nov. 9, 2022, at Greenwood City Hall in downtown Greenwood. Craig began his tenure at the position this past Monday. Visit nwaonline.com/221113Daily/ for today's photo gallery. (NWA Democrat-Gazette/Hank Layton)
More News