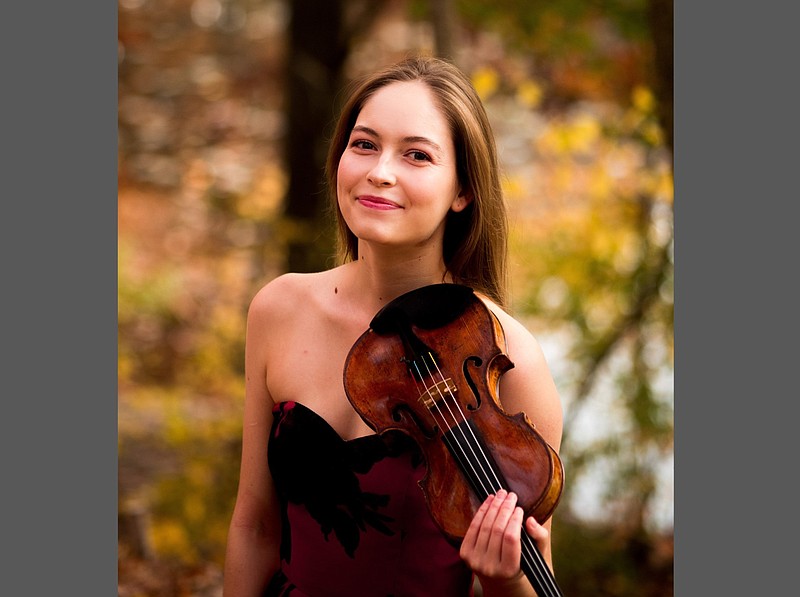 Lewis had no trouble getting the on-loan "Joachim-Ma" Stradivarius to fill the hall; her first-movement playing focused intensely on the piece's passion and didn't take it at a blazing speed. She saved that for the perpetual-motion third movement, which she imbued with an almost mischievous Mendelssohn-ian quality. The orchestra, under the baton of guest conductor Stephen Mulligan, was, as it almost always is behind great talent, great in accompaniment.

Mulligan, associate conductor of the Atlanta Symphony Orchestra and making his second appearance with the orchestra, was expressive in what he has expressed as one of his favorite pieces, Jean Sibelius' massive Symphony No. 5. The symphony is sometimes as dense and dark as the forests of Sibelius' native Finland; the orchestra's playing thereof rose to its greatest heights in the rhythmically tricky finale.

The audience might have experienced a bit of deja vu as Mulligan led the premiere of "Beyond Sensorial Portals" by James Lee III, a co-commission with the Orlando Philharmonic (also premiering this weekend) and the Colorado Symphony, twice, the second time following intermission.

Lee's celebratory piece, alternatingly charming and muscular, crescendos into grand themes; as it passes through various portals, it relaxes, only to swell again. The composer notably employs a full battery, with special emphasis on the woodblock, which gets a real workout.

Lewis, Mulligan and the orchestra will do it all over again -- including, apparently, the Lee piece twice -- at 3 p.m. today at Robinson, 426 W. Markham St. at Broadway. For ticket information, call (501) 666-1761, Extension 1, or visit ArkansasSymphony.org.