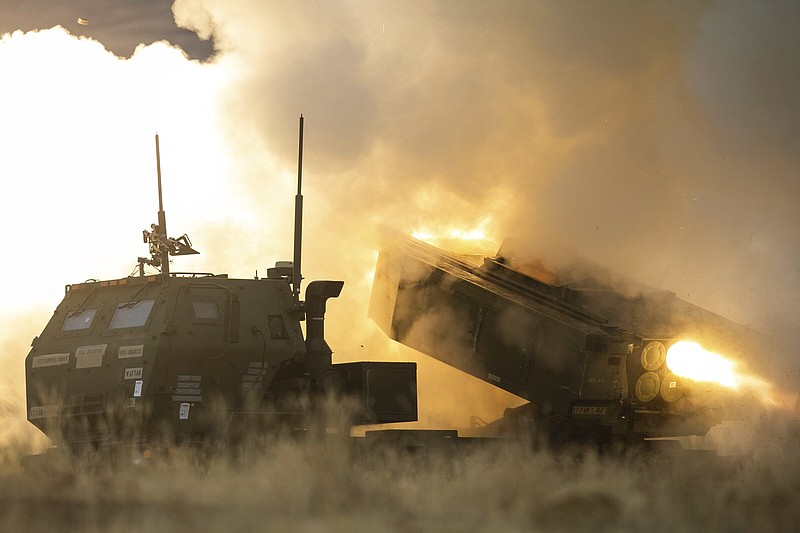 Lockheed Martin has been asked to increase annual production in Camden of its High Mobility Artillery Rocket Systems (HIMARS) to 96 units, and it could see higher demand for the battlefield weapon in the future.

Aaron Huckaby, Lockheed Martin Site Director for Camden Operations said the company began the year with an annual HIMARS production target of 48 units, which quickly increased to 60 units per year.

"As the Army announced, we're working to ramp to 96 per year, which is eight per month." Huckaby said.

"We are well underway to meeting the Army's goal of increasing production by 2024. We can confidently meet production to support contract demand."

In an October conference call with analysts after Lockheed Martin released its third-quarter earnings report, Chairman and Chief Executive Officer Jim Taiclet said the company had already made plans earlier this year to advance funding to increase production of the HIMARS systems to 96 launchers annually, advancing funding ahead of a $65 million contract to shorten the manufacturing lead time.

"We have invested ahead of need to increase production and support our U.S. and allied customers," Huckaby said.

"During unprecedented times, it is critical to respond and anticipate need. For example, from the beginning of the covid-19 crisis, Lockheed Martin provided critical financial and other support to the most vulnerable elements of the U.S. defense industrial base. This included accelerating payments to supply chain and other local community support."

U.S. Army Service Acquisitions Chief Douglas Bush told reporters in September that the Army aimed to double or more than double HIMARS production rates and noted it would take time to get there; Politico reported last month that this could mean Lockheed may be asked to increase annual production to 120 HIMARS launchers.

We're working with our customer to meet increased demand, which the Army recently announced is 96 launchers per year," Huckaby said.

"We stand ready to support the needs and mission of our U.S. Army customer and international partners."

As to whether the Camden facility has enough factory space and staff to increase the current HIMARS production rate, Huckaby said "We've made investments in terms of infrastructure in the factory where we build HIMARS, so we'll be able to scale production within that same factory footprint."

The U.S. has pledged or delivered 20 HIMARS systems to Ukraine since summer; four of those were announced in early October as part of a $625 million package of aid; the second delivery since July, according to Associated Press reports.

Nearly $3 billion in additional security aid for Ukraine was funded through a separate program called the Ukraine Security Assistance Initiative this fall, so another 18 HIMARS units could be purchased through longer-term contracts.

The Department of Defense said in July that the United States had already provided eight systems to Ukraine and promised to send an additional four, for a total of 12 systems.

A senior military official said at a Pentagon background briefing the same month that the Department believed HIMARS were having an "indirect, but significant impact on front line operations."

Ukraine embarked on a military strategy using HIMARS launchers starting in July around Kherson -- the only provincial capital Russia had captured since the February invasion -- and managed to cut off Russian troops from supply lines, the BBC reported this week.

Undersecretary of Defense for Acquisition and Sustainment William LaPlante said at the time the Defense Department had received nearly $400 million to replenish HIMARS and GMLRS stocks, the release said.

LaPlante said the Department plans to spend nearly $200 million to increase and accelerate production, and anticipates awarding contracts in fall through early next year, according to the release.