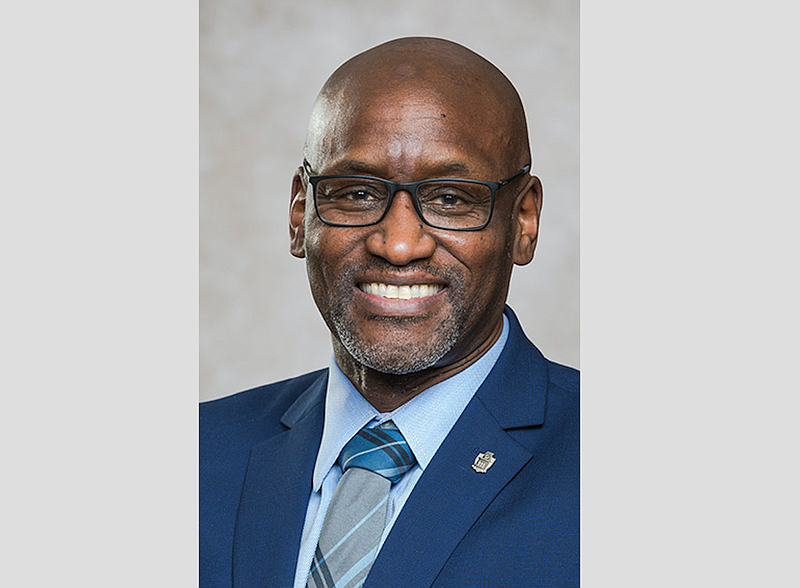 MONTICELLO — Trustees voted unanimously on Wednesday to hire Charles F. Robinson as the next chancellor of the University of Arkansas, Fayetteville.

Before being named interim chancellor in August 2021 after acting Chancellor Bill Kincaid — who was named to that role after former Chancellor Joe Steinmetz officially resigned June 18, 2021 — returned to his role on campus as senior managing associate general counsel, Robinson was provost and executive vice chancellor for Academic and Student Affairs at the university.

C. C. "Cliff" Gibson III, the chairman of the UA Board of Trustees, said Robinson "earned it," and called this "a historic moment for our flagship university and the state."

UA Trustee Sheffield Nelson said this is "the most important vote" he'll cast as a trustee, and "we have a great chancellor."

Robinson with be offered a 3-year contract, according to Gibson, with same terms and conditions as Steinmetz. Gibson asked the general counsel to draw up a contract.

Robinson began his career at UA-Fayetteville in 1999 as an assistant professor of history, and during his time as vice chancellor for student affairs, Robinson led a major restructuring of the Division of Student Affairs, positioning it to focus more on student success initiatives, according to the University of Arkansas System. He also led institutional efforts regarding diversity recruitment and retention of students and faculty while developing new academic initiatives and development goals.

Under his leadership, the university constructed Ado-hi Hall, a $79 million campus project that is the only residence hall in the United States to use cross-laminated timber, according to the University of Arkansas System.

His research and teaching focuses on Southern history and race relations, African American studies, sexuality in history and civil rights, among other topics, and he’s earned a number of awards for his teaching, including the Fulbright College Master Teacher Award, Arkansas Student Alumni Board Teacher of the Year and an induction into the university’s Teaching Academy.

Last month, Robinson chose to remain in contention for the chancellor’s position, rather than accept a return to a provost role — albeit at a salary higher than he currently earns as interim chancellor, and with different and enhanced duties from his previous stint as provost — when offered by University of Arkansas System President Donald Bobbitt, who favored Reed over Robinson for the chancellor role, according to an email from Robinson to Bobbitt.

In Robinson’s email to Bobbitt, Robinson wrote that returning to a provost position “would not be the right professional pathway for me,” and “it is my hope that the board will support my candidacy.”