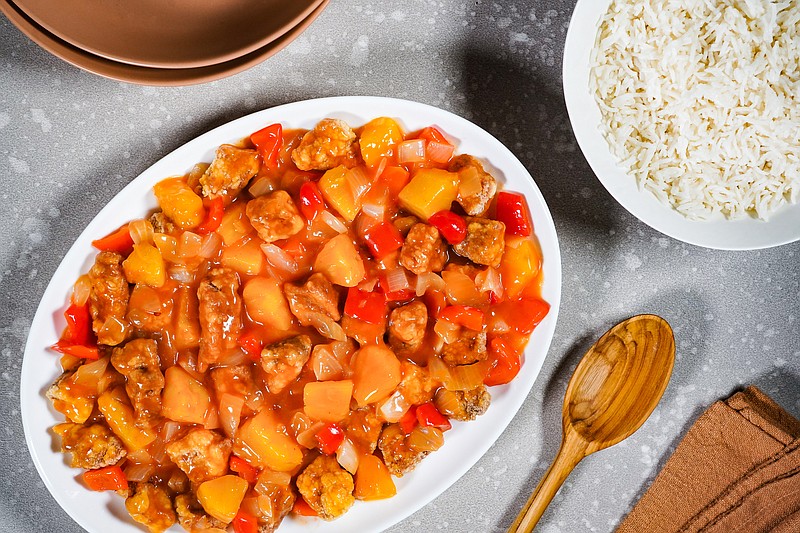 You know that feeling you get when you sit down at a favorite old restaurant and flip open the menu? You've had your favorite dishes so many times, that it feels like you're about to get together with an old friend.

I experienced that same sort of nostalgia-tinged tummy rumble when I flipped through "The Complete Chinese Takeout Cookbook" by Kwoklyn Wan.

Page after page revealed a dish I happily ate at Chinese restaurants as a child. So far, I've made the orange chicken, the sweet and sour pork (see the recipe below), the fried spring rolls and the wonton soup. Each delivered just what I was after, a familiar, delicious bite of the past.

When I told Wan how the cookbook made me feel, he said that was just what he was going for: "For anybody picking up the book, it's like opening your favorite takeaway Chinese restaurant menu and seeing it all in front of you."

But, unlike that menu, the cookbook helps you re-create those flavors yourself: "It's giving you the secrets behind the menu. There's no myth now. You really can create this menu at home."

Wan explains that the sweet-and-sour sauce that originated in the Chinese province of Hunan was a "light vinegar and sugar mixture with very little resemblance to the bright orange dish served in many restaurants today." Wan's recipe calls for a handful of pineapple chunks. We used about a cup, but you can adjust to your taste. 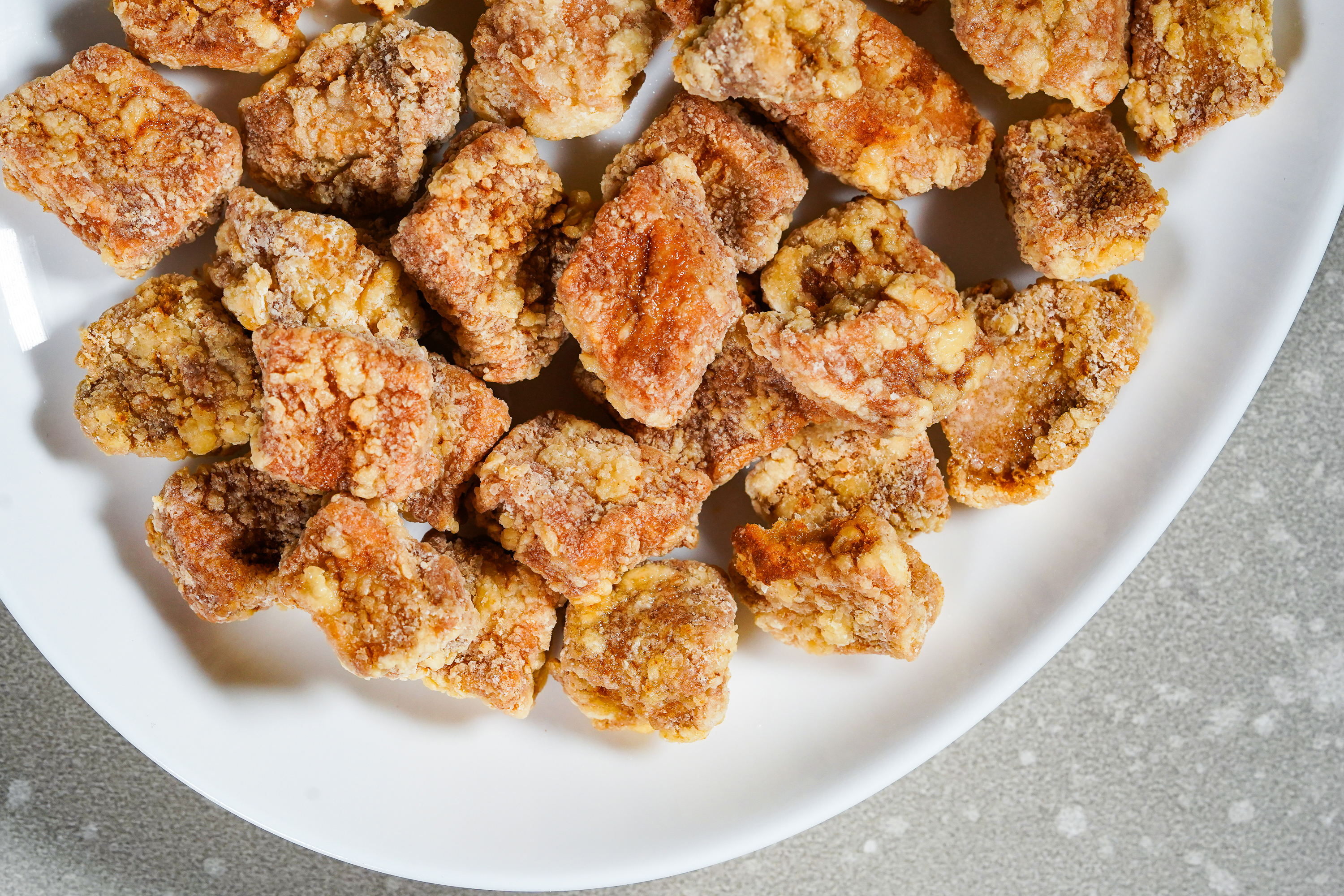 The pork cubes are prepared and ready for the sauce (For The Washington Post/Jennifer Heffner)  If you plan to serve the dish with rice, put the pot of rice on the stove before you begin making the pork, and both should be ready about the same time. The amount of uncooked rice you'll need to yield about 2 cups of cooked rice will vary depending on the variety of rice you choose. For long-grain white rice, rinse 2/3 cup of rice until the water runs clear. Then, place it in a medium saucepan over medium-high heat. Add ½ teaspoon of olive oil and stir to coat the rice. Add 1 1/3 cups of water, a pinch of salt, if desired, and bring to a boil. Reduce the heat to low, cover and simmer until the rice is tender and the water is absorbed, 10 to 15 minutes.

Make the sauce: In a medium saucepan over medium heat, stir together the juice, pineapple, bell pepper, onion, vinegar, sugar, tomato paste and ketchup, until well combined and bring to a boil, stirring occasionally. Reduce the heat to low, cover and simmer for about 5 minutes.

Meanwhile, in a small measuring cup, whisk together 6 tablespoons cold water and the cornstarch until combined. Slowly add the cornstarch slurry to the sauce, a little at a time, stirring continuously, until the sauce is thick enough to coat the back of a spoon. Cover and remove from the heat.

Make the pork: Line a plate with a wire rack or paper towels and place it near the stove.

Pour enough oil into a large saucepan for the pork cubes to float and heat over medium-high heat until the oil registers 340 degrees on an instant-read thermometer. (If you don't have a thermometer, test the oil by dropping in a small bit of cornstarch; if it immediately sizzles, the oil is ready.)

When the oil is ready, use a slotted spoon to lower the pork into the oil and fry until golden brown and cooked through, about 5 minutes. (The internal temperature should be 170 degrees.) Remove the pork and drain on the prepared plate.

Arrange the pork on a serving platter, spoon the sauce over it and serve with the rice on the side.