Belgian brewer to spend up to $3.5B to reduce massive debt by Neil Callanan and Priscila Azevedo Rocha Bloomberg News (WPNS) | November 17, 2022 at 1:45 a.m. 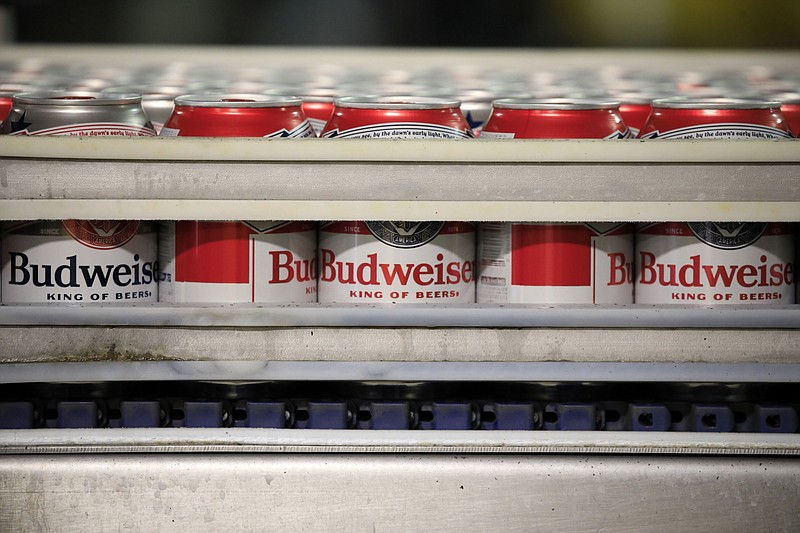 Cans of Budweiser brand beer move down a conveyor belt at the Anheuser-Busch Budweiser bottling facility in St. Louis on July 8, 2021. MUST CREDIT: Bloomberg photo by Luke Sharrett.

Europe's most indebted brewer wants to buy back bonds in a move to further reduce its multibillion dollar debt pile.

Anheuser-Busch InBev will spend as much as $3.5 billion to buy back dollar and pound denominated notes through Dec. 14. The Belgian brewer of Budweiser and Stella Artois has been trying to reduce debt after taking a loan for its 2016 acquisition of SAB Miller. AB InBev's net debt stood at $76 billion as of June.

"Companies have decided to reduce short-term maturity walls and alleviate liquidity risks," said Daniel Ender, a credit analyst at Actiam NV in Rotterdam. "In the case of AB InBev, they're also tackling long-term debt and hence are able to buy back at massive discounts to par."

AB InBev -- along with other beverage companies -- is also facing a crunch from higher raw material costs. Still, the brewer last month reported results that beat estimates and said demand for beer remains resilient. The company is set to benefit in the coming weeks from the soccer World Cup, whose sponsors include Budweiser, as fans gather in pubs to watch the games.

Barclays, BNP Paribas, Bank of America, Deutsche Bank and JPMorgan Chase are the lead dealer managers for the tender offer.