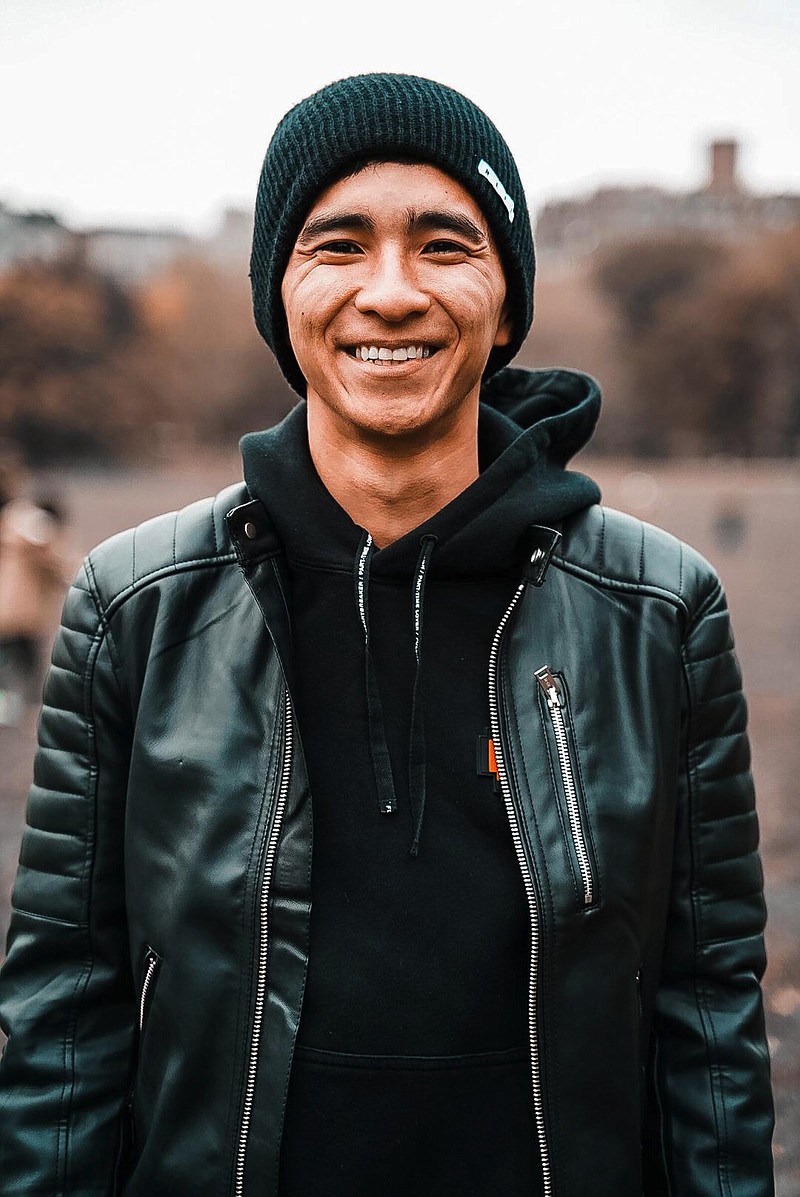 Director David Siev is winning accolades for his intensely personal documentary, “Bad Axe,” about his family’s struggles in their Michigan hometown during the covid-19 pandemic.

"I never intended to make this into a documentary," "Bad Axe" director David Sieve says. When he thought of sharing his family story and about his Michigan hometown, he imagined he would write a script about it.

Bad Axe is a community of roughly 3,000 people, 113 miles -- 2 ½ hours -- from Detroit. According to the website for the Bad Axe Area District Library, the town received its distinctive moniker in 1865 when surveyor Capt. Randolph Pabst set up a campsite near where he found a rusted axe that hunters had left behind.

Siev's detour into nonfiction filmmaking has been rewarded with an Audience Award from the South-by-Southwest Film Festival in Austin, Texas, where it also received a jury award for "Exceptional Intimacy in Storytelling." It has a 100% approval rating on RottenTomatoes.com.

Siev's father, Chun, emigrated to the United States to escape genocide in Cambodia during the '70s. He married the director's mother, Rachel, whose heritage is Hispanic, and the two eventually founded the Bad Axe eatery Rachel's, the family's livelihood and anchor.

"Bad Axe" details how the family and the restaurant survived the initial wave of the covid-19 pandemic in 2020.

"That's how I would tell this whole American dream story of my parents coming to Bad Axe and setting up their roots there and building this restaurant that really became their American dream," Siev explains via Zoom from California.

Because only a couple of years have passed, it's possible to forget how turbulent and confusing the outbreak was.

"You see in the beginning of the film where (my sister) Jacklyn and my dad are going at it about the masks and stuff," he says. " Because at that time ... the rules weren't quite set -- like no one exactly quite knew what the science best recommended. Like, should we wear masks? Should we not wear masks? In this film you're seeing so many of those moments just play out in real time because it really was such uncertainty going from day to day, week to week."

The new rules alienated some customers, as did Jacklyn's participation in a Black Lives Matter protest. The film vividly documents the harassment and threats the family received up until the 2020 election.

Before one assumes the conservative community all ganged up on the Sievs, the film also documents how the local authorities promptly acted on the family's behalf.

"The local FBI had our back," Siev says. "They said that [neither] you nor any family should ever have this fear."

As the awards the movie received in Austin reveal, the town and the family were active contributors to the movie. Often the other Sievs ask David if he should continue filming.

"In the early days of editing this film, I think I realized I was making a documentary," he says. "I think I wanted to be like this filmmaker that got on my soapbox and was preaching to the echo chambers of everything that was wrong with our country. And I realized like, you know, with the help of my family, that's not the right way to go about addressing these issues and these themes. They really helped me bring myself back down to earth and realize why I was making this film in the first place. And it was really because the love I have for them and just wanting to share their story."

The movie also debunks some the myths city dwellers have about small-town cuisine. Customers at Rachel's can eat tacos or sushi.

"We also serve steaks, ribs, fish and pasta," Siev says. "We cater to what the community likes. We also try to introduce new dishes like sushi."

Residents of the city helped fund the crowd-funding campaign for the movie, and Siev worked to make sure viewers understand why people have enjoyed living in the community.

"The sunsets in our backyard," Siev explains. "My wife will say this to you -- and she's a Navy brat who's lived in every corner of the country. She says that Michigan, and Bad Axe in particular, have some of the most beautiful sunsets."

While much of the movie was shot using iPhone footage, Siev insisted on capturing the landscape around the community with care.

"I shot this film on a Blackmagic Pocket Cinema Camera," he says. "It's a $1,200 camera, but the images it produces are just absolutely gorgeous."

He also said the community has come to love him back when the movie recently screened in the city itself.

"This past May, I wanted to put together a screening for community members who donated to our Kickstarter campaign," Siev says. "Many of those community members did rally behind our crowd-funding campaign ... . Some of 'em because they felt like it was an important story to put out there. So, we held a screening and invited all these crowd funders.

"But we also had probably like 20 or 30 open seats that we actually ended up giving to the general public. And most of these seats were filled by the skeptics of the film. I mean, these were the same people that were leaving these comments on social media and stopping my mom in Walmart and telling her they're not going to support the restaurant anymore because of what her son is doing.

"Probably out of curiosity, they decided to show up to the screening that night. I was really nervous. I'm like, 'Oh, my gosh, are these people going to heckle us? Are they going to walk out? But they all stayed and once the credits rolled and the lights came up, the film was just genuinely met with so much love by everyone in that room, including those skeptical individuals. All of them actually ended up coming up to either me or my mom or Jacklyn, and they said, 'I'm sorry for judging your family and your story before I had the chance to see it myself.'

"And that was such an incredible moment for me, because as a filmmaker, I think we always want to believe that films have this ability to create change beyond the screen."

"Bad Axe" opens today in theaters and on demand from IFC Films.