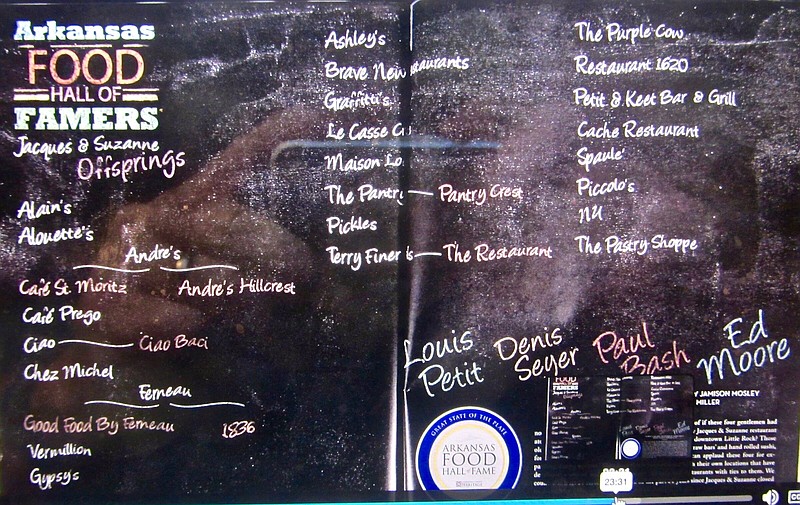 Restaurant descendants of Jacques and Suzanne are spelled out in the documentary.

The restaurant landed in 1975 like a fantasy from outer space at the top of what was then Little Rock's tallest building. It departed 11 years later, trailing in its wake a flotilla of descendants.

Produced by filmmaker Chris Cranford, the video can be savored at jacquesdoc.com.

Viewers of a certain age with distant but delectable memories from the city's first temple of haute cuisine will relish revisiting the restaurant. Among the video's stars are Paul Bash, Louis Petit and Denis Seyer.

The audience can return, visually at least, to the 30th-floor eyrie of what was then the First National Bank Building and is now Regions Center. There the dining room's chandeliers still hang in high style above a long-empty space, casting a tinge of melancholy.

The rest of us, as we enjoy today's panoply of decent dining choices in Little Rock, can marvel at the rarefied splendor of Jacques and Suzanne -- not only the quality of its food but also the elegance of its setting and service.

"People loved that coming here meant it would be a very special occasion," Petit says. "Every night was like a symphony." He cites "the expectation of getting beautifully dressed. It was a very different era."

In a rule almost unheard of today, male diners were required to wear a tie and jacket. The tie mandate was later loosened, but men were asked to don a jacket right up to closing night in 1986.

The formality of attire was instilled by Swiss husband-and-wife proprietors Jacques and Suzanne Tritten, who came to Little Rock for the business opportunity on the top floor of the new bank tower. They stayed only about a year before selling their namesake restaurant to a consortium including Bash, Petit, Ed Moore and Kathy Goss.

Cranford's video was inspired in part by the Jacques and Suzanne Legacy Celebration staged in September 2021 at Petit & Keet (and repeated this year). That restaurant at 1620 Market Street is named for Petit and entrepreneur Jim Keet.

"Tony Poe told me that a Jacques and Suzanne menu would be served on that special night," Cranford says. "So along with our friend Drake Mann, we decided to capture the legendary restaurant on video. On the day of the anniversary dinner, we set up in the old Jacques and Suzanne space to interview those who had come to town for the dinner or still lived here."

Cranford says the production developed an undertone he hadn't anticipated:

"It became more than just the story of a fancy restaurant. It was also about the American Dream and the immigrants who came and made their home in America. The fact that so many of the principals came from Europe and made Little Rock their home benefited our culinary scene. Today I would put our restaurants up against the finest in any other similar sized or even larger city."

The video includes a glimpse of Jacques and Suzanne's original menu, which featured some dishes finished by flaming at tableside or some other theatrical touch.

Prices in 1975, even given the 550% U.S. inflation since then, seem stunningly low: $3.50 for the Escargots Bourguignonne (snails in herbed garlic butter) that became a signature dish; $7.50 for Coq au Vin (chicken in red wine sauce); $9.35 for Entrecote Frere Jacques (New York strip steak sauteed with herb-butter sauce); $3.15 for the restaurant's legendary Les Souffles Chauds (Grand Marnier or Chocolate Rum).

Bash remembers that escargot were off-putting to some Arkansas diners. They would order the dish but ask that it be served without the snails.

"They wanted to enjoy the delicious garlic butter," Bash says. "Into it, they'd dip the crisp bread prepared by our pastry chef, Andre Simon. The escargot stayed in the kitchen."

In creating the menu, snails made the cut. But some dishes offered in France were beyond the pale, as Bash remembers: "Brains sauteed were not going to go in Arkansas."

Simon, who was shot to death in 1994 during a robbery at his successor restaurant Andre's Hillcrest, is memorialized in the video. The tribute includes a headline from the Arkansas Democrat-Gazette: "Bullet ends American rags-to-riches saga."

Near the documentary's end appears a listing of two dozen Little Rock restaurants including Andre's Hillcrest that descended in some fashion from Jacques and Suzanne:

Denis Seyer notes that many Arkansans still remember having come to Jacques and Suzanne to celebrate their birthday or anniversary, "and even today, people will say, 'There has never been a place like Jacques and Suzanne. Probably never will be.'"

The video's final words come from Louis Petit: "We didn't do it for the money. We did it for the art. The art of living." 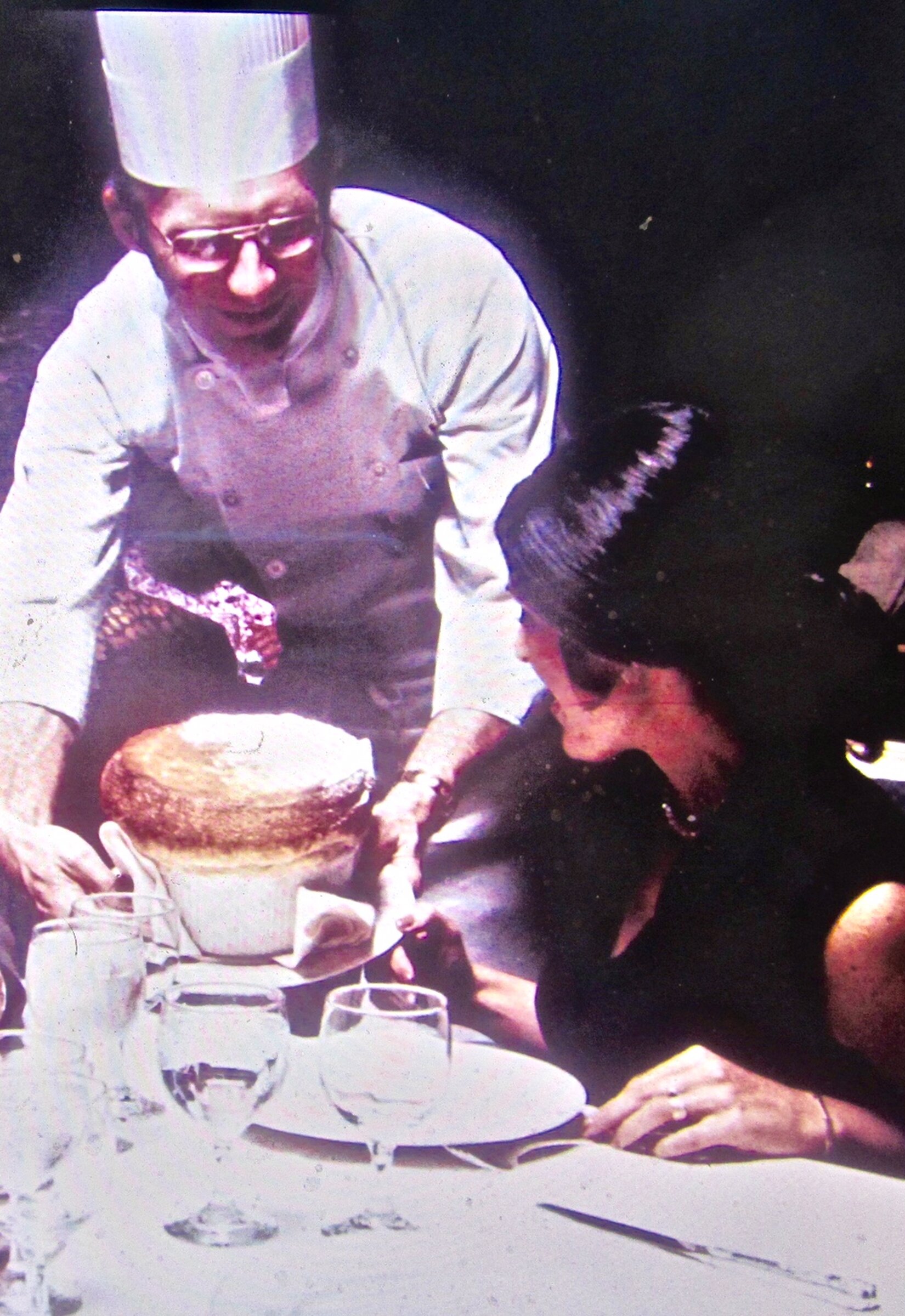