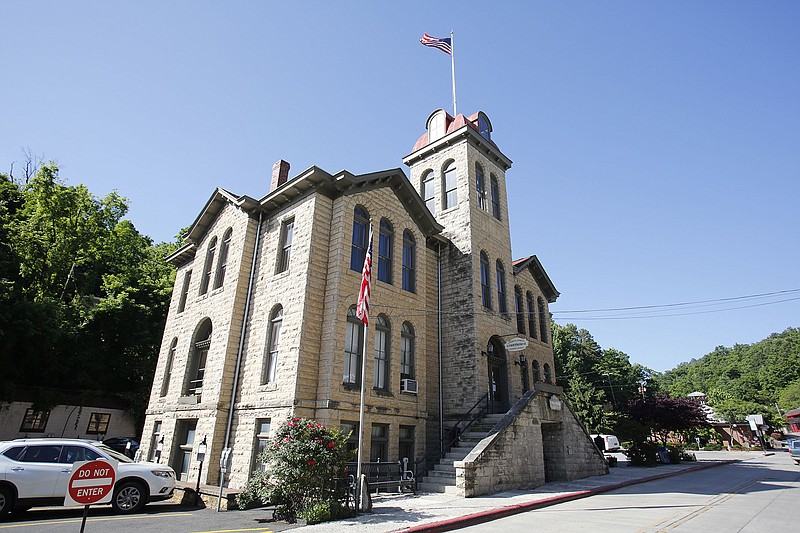 EUREKA SPRINGS -- In this historic tourist town, a proposal to construct a roundabout at a busy intersection has some people stirred up.

The Arkansas Department of Transportation has offered to pay the vast majority of the $3 million cost for a roundabout at the intersection of two highways where northbound vehicles turning left from Arkansas 23 onto U.S. 62 often have to wait at a stop sign.

The city of Eureka Springs would kick in $250,000, according to a resolution passed by the City Council a year ago.

Karen Lindblad, a business owner and former council member, appeared before the council during its meeting Monday night, saying the city doesn't need the roundabout and a meeting should have been held to gauge public opinion before they approved it.

The intersection is near the city's public schools. Often, police officers help direct traffic at the intersection when school lets out in the afternoon.

"It's an intersection that we don't have a big problem with," said Lindblad. "The police being out there are on a budget. They're already paid for. Now we may end up with children in school buses with no seat belts twirling around this roundabout with semis, delivery trucks and cars. And how anybody could consider that safe is beyond me."

But several people at a public hearing the transportation department held Tuesday night in Eureka Springs said they were in favor of the roundabout. Many said it was preferable to a traffic light. Eureka Springs has no traffic signals.

"At 3 o'clock, it's chaos here if we don't have the cop," said Al Larson, a member of the Eureka Springs School Board, pointing at the intersection on a map at the public meeting. "At 3 o'clock, usually if a cop is available, he'll be out there flagging traffic. But the cops have cop things to do."

"The 3 o'clock issue doesn't last a long time," said Lynn Larson, Al's wife. "What does last a long time is when we have Mustangs in town or motorcycles or Corvettes, or any kind of big event in town, which is just about every weekend. That's when that intersection is very difficult."

Ott said the city of Conway is saving a considerable amount of money by not having to maintain traffic signals at many of those intersections.

During the construction period, which could be two years, people may not like it, said Ott. But afterward, they'll say, "Boy, that was a good idea."

Sheryl Willis said her main concern is that the intersection area isn't conducive to walking. Willis said she would like to see three underpasses built so kids going to or from school can pass under the busy highways.

Sue Hubbard, a relatively new transplant from Monterey, Calif., said she grew up learning how to drive in roundabouts. But it's concerning when other people don't know how to drive them.

Hubbard said the plan is for Eureka Springs' roundabout to have only one lane, so that would make it easier to navigate.

The project website at https://bit.ly/3WTWicS provides a video presentation, the ability to view and download meeting materials and exhibits, and a place to provide online comments.

The public may view meeting materials and provide written comments until 4:30 p.m. on Dec. 1.

People without internet access may contact Karla Sims at (501) 569-2949 or karla.sims@ardot.gov with questions about the proposed project.