Georgia lineman ready to get to work

Future University of Arkansas defensive tackle Ian Geffrard wrapped up his high school career last week and is now wondering how his senior season went by so fast.

"I was talking to a couple of other seniors before I started playing my senior year and they said it goes by fast. ... I'm looking back on it now, and they were not lying," Geffrard said.

Geffrard, 6-6, 365 pounds, of Mableton (Ga.) Whitefield Academy, publicly pledged to the Hogs on June 20, a day after his official visit to Fayetteville.

Prior to his commitment, he accumulated scholarship offers from Auburn, Texas, Mississippi State, Boston College, Louisville, Duke, Georgia Tech and other schools. He officially visited Boston College and Auburn before his Arkansas trip.

He'll be back in Fayetteville for the first time since his commitment this weekend to attend the Razorbacks' game against Ole Miss.

"Just seeing the environment down there," Geffrard said of what he wants to experience. "It's kind of funny. I kind of committed out of nowhere even for myself. I just want to see what it's like as a recruit before I actually do go play."

Getting to Fayetteville was complicated because most game times aren't announced until a week or two before that date of the game, which makes planning difficult.

"A plane ticket is pretty expensive, too, because none of the times for the games weren't really specific," Geffrard said. "So we really couldn't plan and I didn't want to miss school either, so it was a lot. But at the same time it was on us essentially, but we got it done."

Geffrard, who's a spring graduate and plans to report to Fayetteville next June, said he's ready to suit up under Arkansas defensive line coach Deke Adams and defensive coordinator Barry Odom.

He said he weighed about 350 pounds pre-covid but added weight during the pandemic only to level out at his current weight for the past two seasons.

"I know I learned my lesson for sure to just not go overboard," Geffrard said of his eating. "That's pretty much what happened before I learned to turn a lot of it into muscle. The highest I was, it was March of 2021, I was 400 and then I went back down."

Geffrard and the other 21 commitments for Arkansas' 2023 class communicate via group text and phone. He said the pledges are hoping to make it to Fayetteville on a same date for in-person bonding.

"We're just trying to figure out a time that we can all go and bond," he said. "Just meet each other in person Instead of talking through the phone because that's much different." 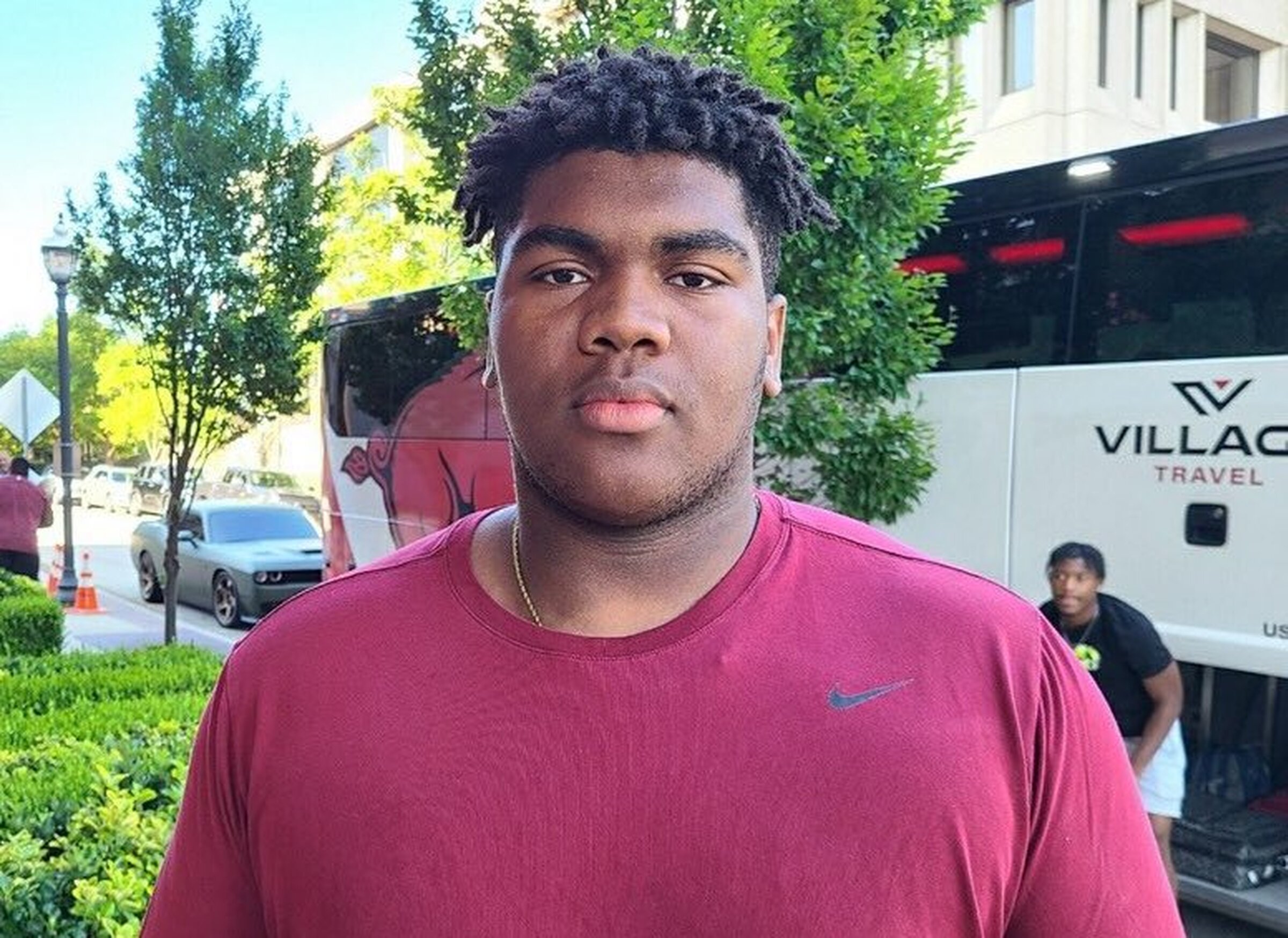 Print Headline: Georgia lineman ready to get to work