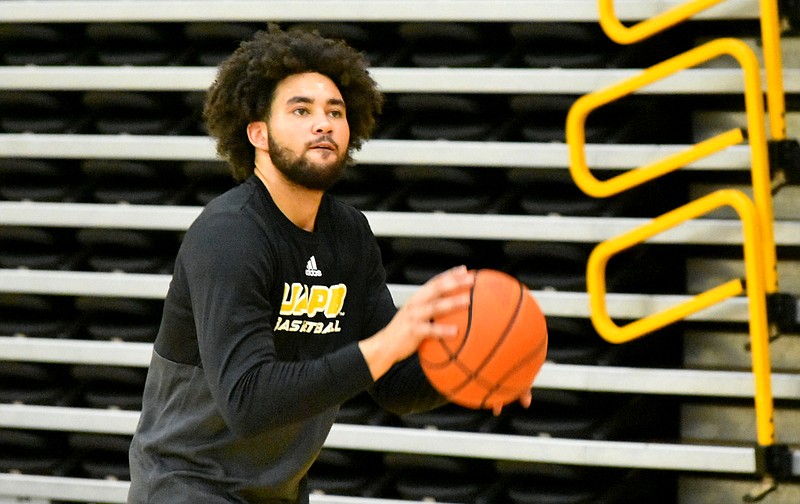 Until late Wednesday, Cleveland State University was suffering through a downward trend on the basketball court.

The Vikings had lost their first three games -- two of them on the road -- before heading to Buffalo, N.Y., and defeating Canisius College, 58-57 in overtime. That could give Cleveland State just enough momentum for a quick turnaround home to host the University of Arkansas at Pine Bluff (1-4) tonight.

Tipoff is scheduled for 6 p.m. Central at the Wolstein Center in Cleveland, Ohio. The game will be streamed on ESPN+, which requires a subscription (no local radio available).

The Golden Lions' visit marks the return of graduate forward Chris Greene, who spent the past two seasons with the Vikings. Greene is averaging 8.2 points per game, with a season high of 14 at Mississippi State University last Sunday.

UAPB is trying to break a three-game slide after losing 94-68 at Kent State University on Wednesday. Graduate guard Shaun Doss Jr. has been on a tear despite the early team struggles, averaging 20.8 points per game and scoring a team high 29 against Kent State.

Point guard Kylen Milton is second on the team at 13 points per game.

Cleveland State, of the Horizon League, earned Coach Daniyal Robinson his first career victory. In honor of that, the school is running a buy-one-get-one-free promotion on tickets to tonight's game.

The Vikings were tied with the Golden Griffins at 53-all through regulation after neither team scored in the final 2 ½ minutes. Dutchman Tristan Enaruna, a junior forward who followed Robinson from Iowa State University, had 15 points and 10 rebounds in the win, scoring just ahead of his season average and shooting 41.7% from the floor.